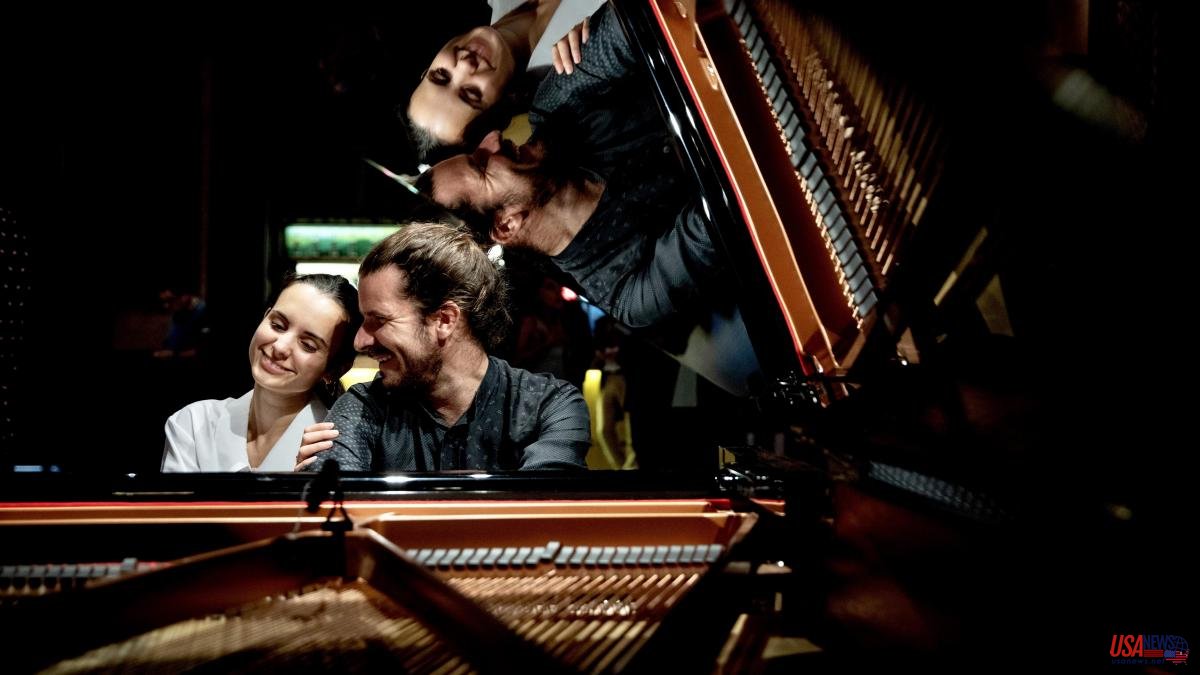 Eighty-two concerts and twenty master classes, something that makes the jazz event unique and that is possible thanks to the Conservatori del Liceu. It will take place in various venues from October 11, with Madeleine Peyroux at the Palau de la Música, until December 28 at Luz de Gas, with crooner Edu Ferrer paying tribute to Frank Sinatra together with Joan Chamorro's trio. La Vanguardia subscribers have a 15% discount on the price of tickets, as long as they are purchased at Vanguardia Tickets.

The festival seeks the complicity of the city, from the small clubs, such as the Milano Jazz Club, the Harlem Jazz Club, Luz de Gas, Apolo or Paral·lel 62, to programming eleven concerts at the Palau de la Música and two at the Liceu. In addition, it integrates the De Cajón! festival into its brand, which provides an interesting flamenco fugue, with established names such as Miguel Poveda, Vicente Amigo, Niña Pastori or Michel Camilo and Tomatito, who will present Aranjuez.

The tributes range from the rescue of Coplas de madrugá, with Martirio and Chano Domínguez, to the 25th anniversary of Buena Vista Social Club with Eliades Ochoa. In the exclusive concerts section, the quartet led by Joshua Redman and Brad Mehldau stands out. Among the guitarists Bill Frisell and Marc Ribot stand out.

Top-level female voices also shine: Diane Reeves –receives the festival's Gold Medal together with Paquito D'Rivera–, Cyrille Aimée, Melody Gardot or Cécile McLorin Salvent. The Brazilian section is covered by a bossa and MPB classic like Toquinho and a totem of the avant-garde and folklore, Hermeto Pascoal.

The festival, which has a budget of 1,400,000 euros, stands out for the inclusion of a lot of local talent, also creating synergies such as that of the pianist Marco Mezquida and the singer and trumpeter Andrea Motis -who met for the first time live at the event festival showcase - blending their arts to breathe new life into standards, such as Irving Berlin's thrilling How deep is the ocean.

A very special tribute is paid to Tete Montoliu, 25 years after his death, with the show Per semper Tete with the participation of five pianists. Another well-deserved one will be received by Jordi Rossy, reflecting the polyhedral and remarkable work of recent years, appearing with four groups, ranging from The Chopin Project to Puerta, his album for ECM. They also highlight the renewed work of the Sant Andreu Jazz Band with the show Passing the Torch! in which they receive the help of several members of La Locomotora Negra.

Among the pearls hidden in the poster highlighted by the artistic director Joan Anton Cararach, the pianist Sofiane Pamart stands out, a phenomenon that could pass for one of the disciples of the Belgian Wim Mertens, another attraction of the festival on the periphery of jazz.