Around 200 of the more than 700 boats that can be visited at the next edition of the Barcelona International Boat Show, which will be its 60th anniversary, will literally have their hulls in the water. 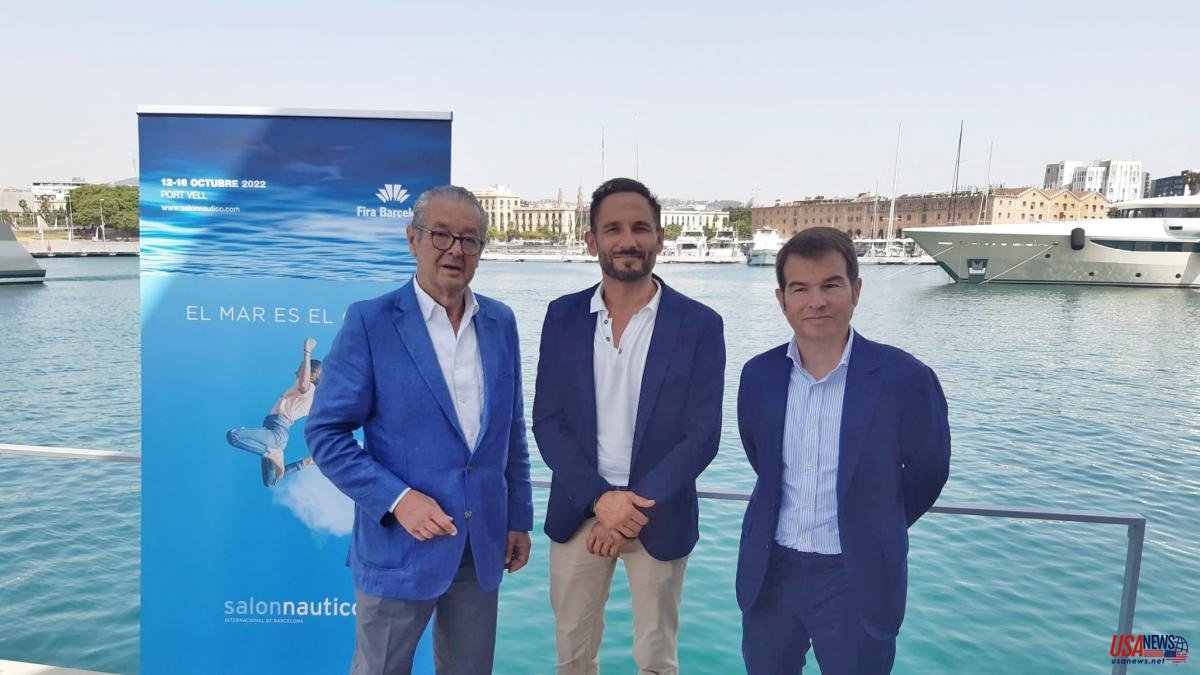 Around 200 of the more than 700 boats that can be visited at the next edition of the Barcelona International Boat Show, which will be its 60th anniversary, will literally have their hulls in the water. The meeting, organized by Fira de Barcelona, ​​will be held from October 12 to 16 and will occupy three of the city's docks for the first time. The La Fusta and Espanya docks will be added to the traditional Port Vell.

An extension that responds to two reasons, on the one hand the reaffirmation of the position of Spain as a focus of attraction for nautical tourism and the Barcelona show as a great showcase for the sector. Another reason, more pragmatic, is to accommodate the growth of exhibitors. Luis Conde, president of the Boat Show, tells us: “The pandemic was positive for the nautical industry, the demand was very important and the exhibitors considered that the trend continues to rise. That is why we will have a sample of 700 boats, about 200 in the water”. An excellent response despite an unfavorable international situation, as pointed out by Carlos Sanlorenzo, general secretary of the National Association of Nautical Companies (ANEN): "The nautical market has been suffering, like other sectors, a slowdown initially caused by the logistics crisis and the lack of supplies, and aggravated in recent months by the war and economic uncertainty.”

The Catalan ports are, after the Balearic Islands, the preferred destination for a significant percentage of the nautical tourism that the country receives. "Today -says Luis Conde, president of the Barcelona Boat Show- there are no moorings or boats to rent during the summer". Led by the Germans and the British, tourism linked to navigation attracted 1.6 million tourists to Spain in 2021. A coastline that totals 8,000 km, 375 first-rate marinas, good connections, leading repair companies and maintenance, in addition to quality, climate and environment are compelling reasons for this attraction.

However, not only foreign tourism lives recreational boating. "The Spanish nautical park is 200,000 boats, with an average of less than 8 meters in length, totally in accordance with the country's economy." Data from the national market indicate that 66.6% of the boats registered in 2022 measure up to 6 meters, and 20.1% are boats between 6 and 8 meters. The acquisition figures show a decrease compared to the same period in 2021, with falls in all lengths except the largest boats. In the first half of this year, 3,552 pleasure boats have been registered in Spain compared to 4,190 registered in the same period in 2021, which indicates a decrease of 15%.

A fall that provides arguments to the demand that is, for the president of the Show, the most important in the sector: abolishing the 12% registration tax, applicable to pleasure boats over 8 m. in length and is unique in the European Union. "A tax that responds to the fact that in the mind of the Spanish legislator, sailing is still an elite sport, when the majority length of the boats does not justify this perception." Another claim of the sector and of the fans is the construction of ramps in the ports to facilitate the access to the water of the boats. "In the same way that if you have a wheeled vehicle you access the road -explains Conde-, you should be able to take the boat to the water comfortably, without the need for mooring".

As in practically all productive sectors, innovation, digitization and sustainability are strategic axes also in the nautical field. "The fair wants to contribute to the growth of the sector and promote its transformation, so it will have an area where the latest advances can be publicized". Innovation Dock, in the Moll de la Fusta, will be the space reserved for the most disruptive innovations of the moment developed by national and international start-ups.

In parallel, two prototypes of sustainable boats will moor on a jetty in the waters of the port, one powered by hydrogen and the other electric. For Conde, president of the show, the trend towards sustainability is undeniable. “It will happen the same as with the electric car, a reality after years of transition and with a recent acceleration that no one imagined. Clear proof is that the support boats for the America's Cup will run on hydrogen and that will set the trend, as is traditionally the case with prototypes in F1, which mark innovations in the motor sector."

At Moll de la Fusta, Sea Boulevard will be an area on land reserved for nautical equipment, accessories and services. And at Marina Dream, at the docks of Spain and the Marina del Port Vell, a selection of motor yachts and catamarans from leading brands will be presented.