The Barcelona Court has ordered a repeat trial against the five trustees of the October 1 referendum who were acquitted by a criminal court. 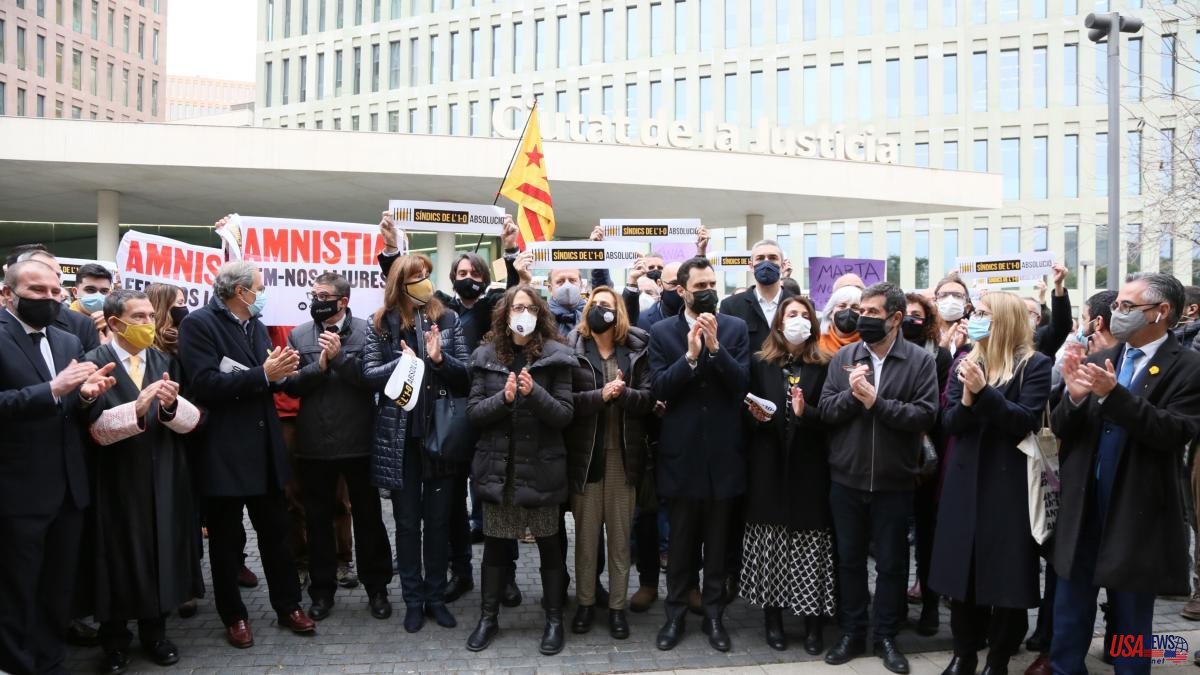 The Barcelona Court has ordered a repeat trial against the five trustees of the October 1 referendum who were acquitted by a criminal court. The court agrees with the prosecution, annuls the acquittal sentence of April 2021 and orders to repeat the trial again with a new judge. This is established by a sentence notified this Tuesday.

Those who formed part of that syndicate (a kind of 1-O Electoral Board) were the current minister of Feminismes, Tània Verge, and the deputy for JxCat in Congress, Josep Pagès, as well as Jordi Matas, Marta Alsina and Marc Marsal, all of them university professors of Law and Political Science. The fact that Verge is part of the Govern will force her to be judged by the TSJC, either alone, or together with the rest of the former components of the Sindicatura, the court warns.

The sentence that was issued at the time considered that the trustees stopped acting once they were warned by the Constitutional Court of their duty to "prevent or paralyze the vote" and ruled out that they incurred a crime of disobedience. "It is not sufficiently proven that the defendants, maintaining their unwavering will to ignore the agreements and the requirements made by the TC, continued to approve resolutions or adopt agreements constituted as an Electoral Syndicate," the sentence then concluded.

However, the prosecution appealed the ruling considering that the criminal court 11 of Barcelona did not correctly assess the evidence that was practiced in the trial. And now the Court endorses that thesis and highlights that the trustees continued to exercise after being warned by the TC.

It criticizes that "the factual motivation of the sentence does not adjust to reasonableness" and regrets that "the exculpatory statements of the accused were not contrasted with the objective content of the documents" that were exhibited in the trial. He also reproaches the court that the judge applied the principle of in dubio pro reo (when in doubt, one must decide in favor of the accused) despite the fact that there was sufficient evidence against the accused.