The electronic music festival Barcelona Beach Festival (BBF) returns with more enthusiasm than ever to the Fòrum beach and Parc de la Pau after two consecutive years forced to cancel the event due to the pandemic. 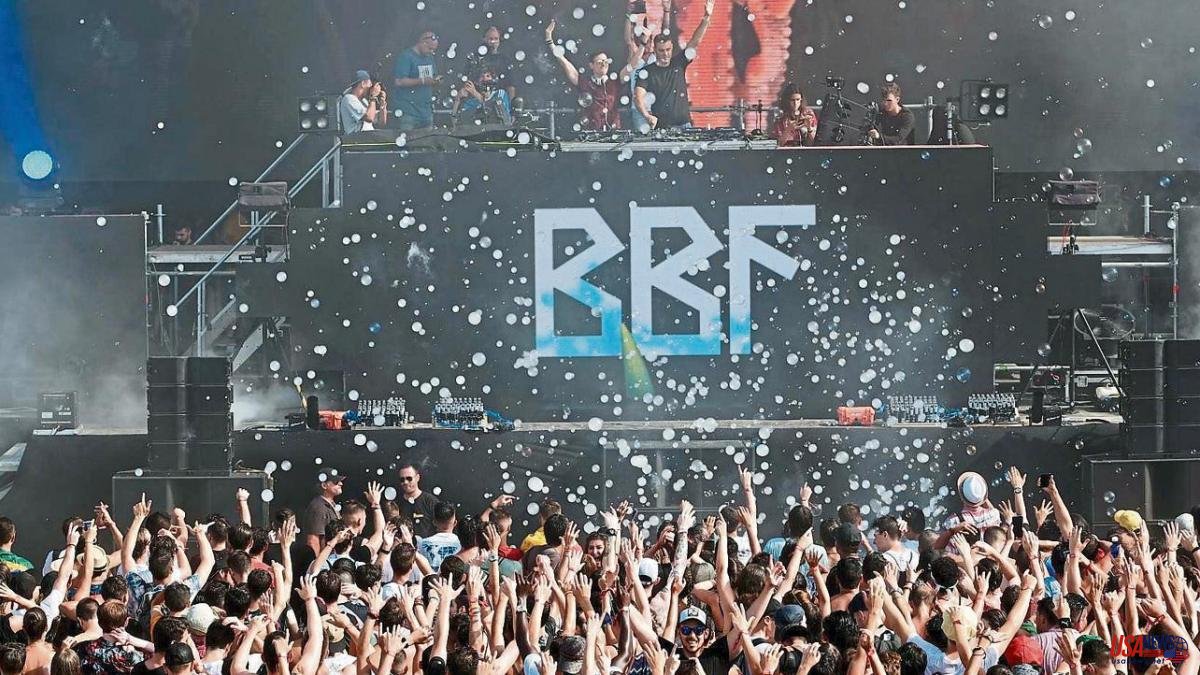 The electronic music festival Barcelona Beach Festival (BBF) returns with more enthusiasm than ever to the Fòrum beach and Parc de la Pau after two consecutive years forced to cancel the event due to the pandemic. “It is a joy to return again to celebrate life with friends, with family. To feel the illusion again, the desire to celebrate and, above all, because this year we have a very special seventh edition in which Marshmello will finally come, whom we have been after for a long time. Everybody likes it. He is the most important DJ in the world at the moment," Pino Sagliocco, director of the BBF and president of the promoter Live Nation in Spain, which organizes this one-day summer festival, "one of the most important in the world," tells this newspaper. of electronic music together with Tomorrowland and that brings together big names at the same time. It is a true festival of artists. There is no one who is not in the top”, he emphasizes.

The expected reunion will be next Saturday, July 2. The party will start at 5:00 p.m., when the doors of the venue open, and will last well into the early hours of Sunday. “We need to go back to festivals, to concerts. It's what makes me happiest. That is why this year is going to be magical and unique and very exciting to see the kids dance, sing and rejoice again. After such sad moments in life you have to put illusion. It is something that suits us very well, especially because of what we have been through and what we are going through, ”adds Sagliocco, who says he gets emotional when he sees parents and children together having fun at the festival. "In recent years many families have attended."

In addition to the American producer and DJ of future bass, electronic and electrohouse Marshmello, who will offer his only performance in Spain in Barcelona, ​​the event will bring together a luxury line-up that had already planned to perform in last year's edition and that is full of the prominent names within the genre.

Dutch DJ and record producer Armin Van Buuren; Morten, Danish DJ and producer who has collaborated with David Guetta and who will debut at the BBF in 2022; Dimitri Vegas

As special guests, the Spanish Brian Cross will take the stage; B2B Yves V, Chelina Manuhutu and Gonçalo. They will be joined by performances by Abel Ramos B2B Albert Neve, Dgrace

Sagliocco nostalgically remembers the first edition of the Barcelona Beach Festival with Avicii and David Guetta: “It seems like a lifetime”. And he hopes that people will be encouraged this year to fill the Fòrum beach. “We expect between 25,000 and 30,000 people. There is no better plan for Saturday, July 2”, he concludes.