The Barça, ready for Munich

With the backpack full of confidence. 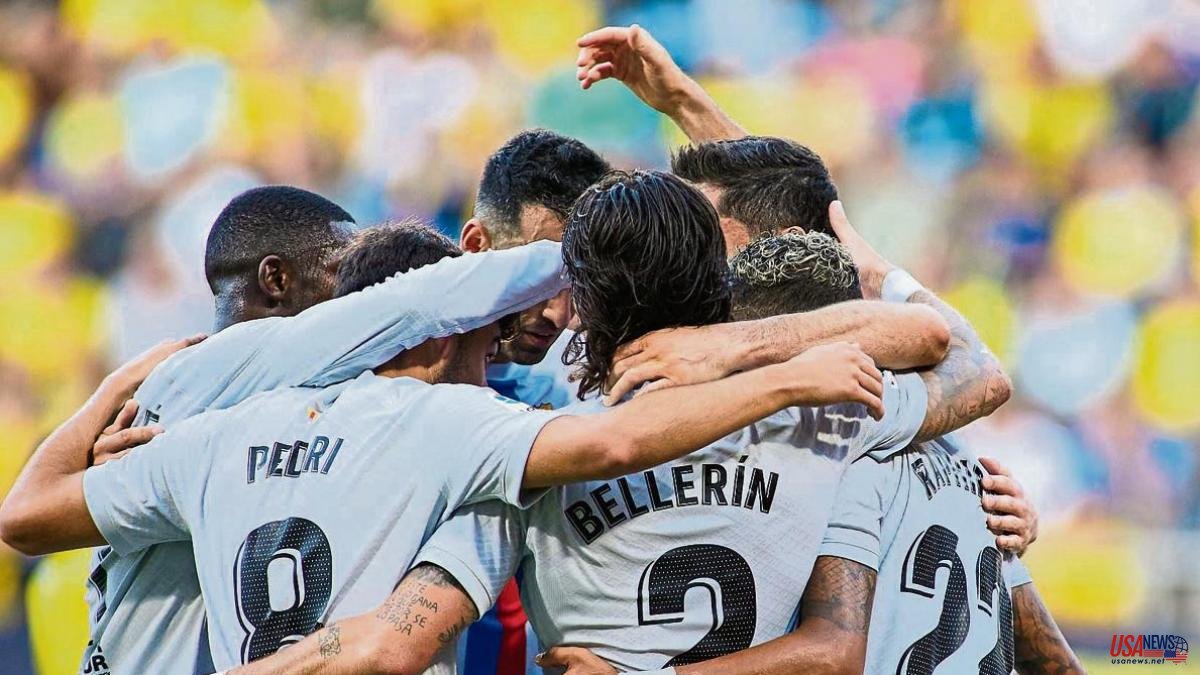 With the backpack full of confidence. With suitcases full of victories. With the saddlebags at maximum oxygen. This is how Barcelona travels to Munich today to face Bayern, the Bavarian giant that has been the focus of their nightmares in recent seasons. Confidence and victories have come hand in hand with an impressive flow of goals. Up to 20 in 6 games, more than three per game, with the stiletto Lewandowski in full idyll with his teammates, with his coach and with his new fans. The oxygen comes from the management of the squad that Xavi Hernández has established. One of his fetish words this summer, repeated like a mantra in the locker room, is "meritocracy."

Those who deserve it will play, those who perform the most in training regardless of previous career or identity card. In this sense, a base eleven is intuited, but another of the terms in vogue at the Camp Nou is "rotations".

In just six games, in just one month of competition, Xavi Hernández has used 23 of his 25 players. But there is another fact that is even more significant. Only Marcos Alonso, who made his debut in Cádiz, Pablo Torre, who made his debut in the Champions League, and the goalkeepers Iñaki Peña and Arnau Tenas have not started (these last two are the ones who have not yet played). The other 21 players have been part of some eleven. The coach admitted that he has a "staff" and has gone from saying to doing. It is of little use to have doubled positions if then they are always squeezed or the most successful cannot be replaced. Even Lewandowski has stepped on the bench, in Cádiz, and was replaced in Seville, without any controversy, bad faces or any morbidity. Normality in the victory and, above all, necessary dosing before the busy schedule and tomorrow's stake at the Allianz Arena, a match for which all Barça players travel. The novelty is the presence of Sergi Roberto, down on Saturday due to muscle discomfort. The infirmary is empty.

Six changes in the line-up were introduced by Xavi against Viktoria and he surpassed himself against Cádiz with a massive rotation that affected nine players. Only Ter Stegen and Frenkie de Jong repeated, who vindicated himself with a voltage performance. In none of the games did the team suffer, especially in terms of the result, although it is true that in the Nuevo Mirandilla the football in the first hour was not wonderful. They are small tolls that are considered good if the victory ends up falling by its own weight.

Some of the referents from a year ago are either no longer here or have taken on a secondary role, such as Memphis, Ferran Torres, Piqué or Alba, but that means that when they appear on the scene, the bench that Barça has left to fix any messed up is of the first magnitude. Being able to release Dembélé, Lewandowski and Pedri, in one fell swoop, for example, is heavenly music for a coach. On the other hand, twelve or even six months ago the arsenal was smaller and Barcelona sometimes played with what they were wearing.

The coach has made the roles clear but always stressing that they can change depending on performance. Nobody can complain about not having an opportunity, although probably more than one player will be angry about not being a starter in Bavaria, that limelight event that nobody wants to miss and that brings status, especially if the result is successful. Much of the Barcelona season will depend on Xavi's ability to have the more players convinced and satisfied. For now, what he has achieved is to reverse the emotional situation. Of that there is no doubt.