The Barça, owner in the areas

The areas are no longer taboo at Barça. 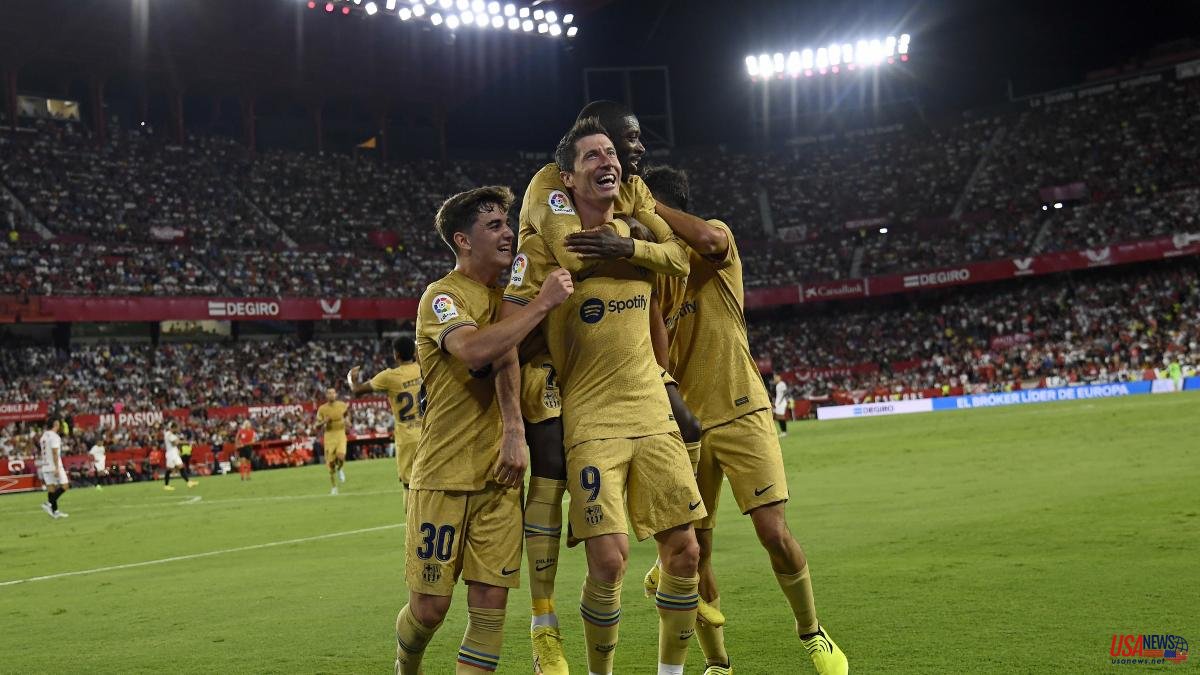 The areas are no longer taboo at Barça. Vertigo, neither. If it is necessary to counterattack, it is done, with three arrows in front, and if it is necessary to defend forcefully, also. The cuisine of the medullary and the relaxed game will also play a leading role during the season, since they were always the watchword of Xavi Hernández, but the best thing a team can have is different coats to be able to surprise in different ways. Barcelona has won in punch and security with its signings and has rediscovered Ter Stegen, the savior of yesteryear. The balance of eleven goals for and one against in the last three games offers a meridian equation of the good situation for the Blaugrana. Excellent news for your interests before the arrival of the Champions League this week.

With an average of three saves per game, Barcelona have recovered the best version of a rejuvenated Ter Stegen. At 30 years old, the German enjoys as before. Without fear of feeling even an iota of pain in the right knee. Apart from his good physical preparation, Ter Stegen has some good allies in defense. It is a time of change. To bet on who most deserves it, a criterion that has been established especially in the defensive line with Alba and Piqué watching the show from the bench.

Jules Koundé, 24, has fallen on his feet in this renewed defense. The versatile French defender exercises with authority and solvency both as a winger and as a centre-back. He showed it against Valladolid and embroidered it in Seville. A good pass from him meant Lewandowski's goal. He was about to score (everything will come) and finished off his role by assisting another defender in a clear ascending line. The one who scored was Eric Garcia (21), who debuted in the field as a professional. Who was always captain in all the lower categories of the Masia dazzles his coach and those around him more and more every day. It is without a doubt the perfect dance partner for Araújo (21) whose forcefulness and speed more than compensate for his still pending subject: the ball exit.

Alejandro Balde deserves a separate chapter. The left-back came of age just a month ago and with three consecutive starts he has achieved something that seemed impossible: sit down Jordi Alba with his power, his speed and also with his prudence in making decisions. It will be interesting to see the role of the young academy player with the arrival of Marcos Alonso, who will blow 32 candles in December.

But at the moment none of Xavi's four defenders is over 25 years old. A figure that contrasts notably with one of the most used during the second part of last season: Alves, Araújo, Piqué and Alba. The 39-year-old Brazilian, the 35-year-old from the Catalan center-back and the 33-year-old from L'Hospitalet raised the average age to 32.5 years. In a matter of months, Barcelona has lowered the average age by more than a decade. To them must be added two more pieces. Christensen, 26, and Héctor Bellerín, 27. Tour ahead.

Robert Lewandowski couldn't believe it. The pass was very clear. He was alone and he only had to push the ball...if it came to him. But Ousmane Dembélé decided to bet on the difficult and played it alone. It was not a goal. In other circumstances and with other teammates, the Frenchman would have earned, in the best of cases, a couple of scary looks. The Pole reacted with a smile between ironic and incredulity and did as good tennis players do, that is, forget the previous move and focus on the next one.

Because Lewandowski has revolutionized the Barcelona forward in form and substance. She has five goals in the championship, she has shown an impressive range of shots, from the powerful to the subtle, and her placement in and around the box sets the standard. He was aware of his voracity for filmmaking but his role as leader and mentor was less well known, always ready to set the pressure without the ball and give advice. As if he had been in the team for several seasons. From day one he has adopted a role of superclass but without fuss. On his flanks Dembélé is flanking him, much more reliable than in other seasons and a devil in the open, and the hyperactive Raphinha, who is not always precise but never hides.

Both know what it means to score in the league as well and they create a lot of danger with their overflows, their crosses and their exchanges of positions. They even look for each other when one of the two leaves the band and throws diagonals towards the center. On the bench await Ansu Fati, in the recovery phase of the sensations, Ferran Torres, who at the moment is not getting anything, and Memphis Depay, who will try to gain minutes after not leaving the Camp Nou. It will not be for lack of arsenal. Barça lost tons of goals when Messi and Griezmann left. He's on his way to get them back.