The line between life and death is very fine in the muddy hills south of Bakhmut. 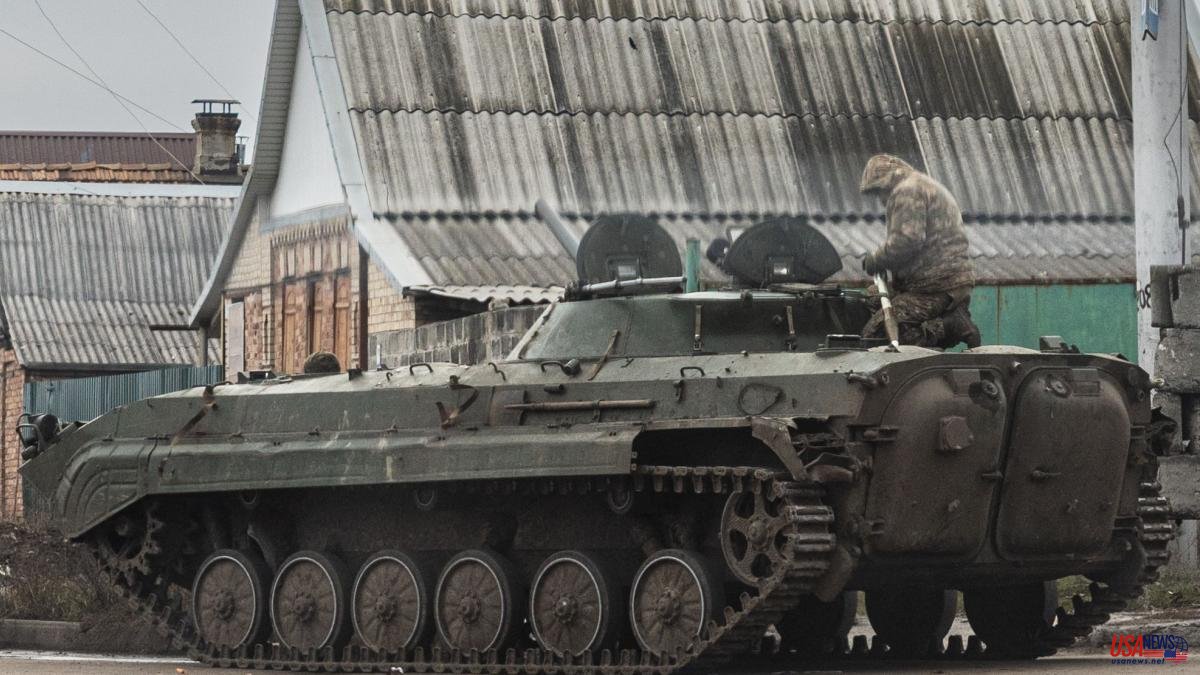 The line between life and death is very fine in the muddy hills south of Bakhmut. For Yaroslav Hervolski, a soldier in a Ukrainian evacuation brigade, it can be impossible to tell. For two and a half months now, Hervolski has entered the mud under artillery fire to rescue colleagues, dead or alive. The task has not offered him too many truces. In mid-December, the success of a Ukrainian advance pushed Russian forces back one kilometer beyond the city limits. However, Hervolski did not notice the difference in the workload, since daily Ukrainian casualties numbered in the tens. Now the Russians attack again, and the corpses are piling up. "It's hard to describe the feeling," he says. "Forty bodies piled on top of each other. Diesel, blood, and rotting flesh. It's a fucking mess, and you never know if you'll be next."

The front line next to Bakhmut, a small and exhausted town 70 kilometers north of the city of Donetsk, is today the most contested sector of Ukraine. It offers little justification for such a high number of deaths, which number daily in the hundreds if Russian losses are included. The city has limited strategic value, offering little more than a water source and a road transport hub.

Its true importance lies far away, in Moscow, as a proving ground for Yevgeny Prigozhin, closely linked to Vladimir Putin, and the Wagner Group, his shadowy army of mercenaries. With inmates conscripted from jails and soldiers mobilized, Prigozhin has seized command of the Bakhmut front and is using it to demonstrate his bloody vision of the future. However, there are many in Moscow who are far from happy, starting with the political and military leaders who are the object of their criticism.

The degree of collaboration between Wagner and the Russian armed forces remained unclear for a long time. However, Wagner found a way in late autumn to cooperate with the Russian military hierarchy. According to Sergei Cherevati, a spokesman for the Ukrainian Eastern Command, that moment coincided with the appointment of a new operational commander, General Sergei Surovikin, a hardliner who defended Prigozhin. Wagner then began to receive support from the regular military logistics network, the spokesman explains, and even to fight in attack groups alongside elite units of the Russian regular army. However, the recent setbacks around Bakhmut and problems related to logistics appear to have strained the relationship again.

At the end of December, Wagner released a video showing two of his fighters making an unprecedented attack on General Valeri Gerasimov, commander-in-chief of the Russian armed forces. According to the soldiers, who hid their faces with balaclavas and appeared to be fighting near Bakhmut, the Russian top military officer was holding the ammunition. "We are fighting against the entire Ukrainian army, and where are you? There is only one word to describe what you are: a fagot." The loyalists condemned such an outburst. However, Prigozhin wanted to publicly support his men.

A Ukrainian missile attack carried out on New Year's Day against a barracks in Makiivka, 60 kilometers from Bakhmut, has fueled nationalist criticism of Russia's military leadership. The attack, carried out shortly after midnight with at least four high-precision HIMARS missiles, caused many dozens of casualties (mostly newly mobilized). According to Russia, 89 soldiers died; Ukraine claims the number is at least 400. Igor Girkin, alias Strelkov, the eccentric former intelligence officer largely responsible for the outbreak of war in the Donbas region in 2014, said he had warned Russian generals of the probability of attacks with HIMARS against barracks. "They [the generals] are impossible to train, on principle," he snapped. In Russia, some have tried to hold the recruits themselves responsible for his death, conjecturing that Ukraine managed to identify the barracks because the soldiers, contrary to orders, used their mobile phones.

Girkin has a strong following among the nationalists, although Moscow is far more concerned with Prigozhin's rising star. Concern intensified in October and November, says Tatiana Stanóvaya, a political analyst in Moscow, when the team in charge of the presidential administration saw that the ex-convict established a direct channel with Putin. "Prigozhin is attacking government institutions with what amounts to revolutionary positions, and that scares many." Defense Minister Sergei Shoigu, a regular target of Wagner's criticism, does not seem willing to take many risks and has sent his own group of mercenaries, Patriot, to fight in Donbas. Ukrainian spokesman Cherevati says the exact role the Patriot force will play is unclear. "Anyway, it looks like they've been sent to counter Wagner."

In recent speeches, Putin has stressed the primacy of the regular military leadership. However, he does not seem concerned about the dangers of Prigozhin's uncompromising alternative, says Stanóvaya. "Putin sees him as someone capable of inflaming the nation and as a representative of some strange civil society." For now, the ex-convict remains firmly in Putin's orbit. In any case, if Putin was previously seen as someone invulnerable, the persistent rumors that he has cancer and doubts about the wisdom of his military decisions show that he is no longer like that. Should the situation on the battlefield get much worse, a power struggle could break out.

Now, the most immediate response to Russia's serious military problems in Ukraine is likely to be a new wave of mobilizations. Ukraine believes it could start in a matter of days; Defense Minister Oleksii Reznikov said last week that it could be accompanied by the announcement of the establishment of martial law. He seems certain that Bakhmut will bear the brunt of any increase in forces, as he has been doing for months now. "One day they're in chaos and the next they're resupplying, that's always been the norm," Hervolski says. "We're still fighting. It seems like there's no limit to the amount of crap they can throw at Bakhmut though."