There are two main messages from the Bank of Spain. 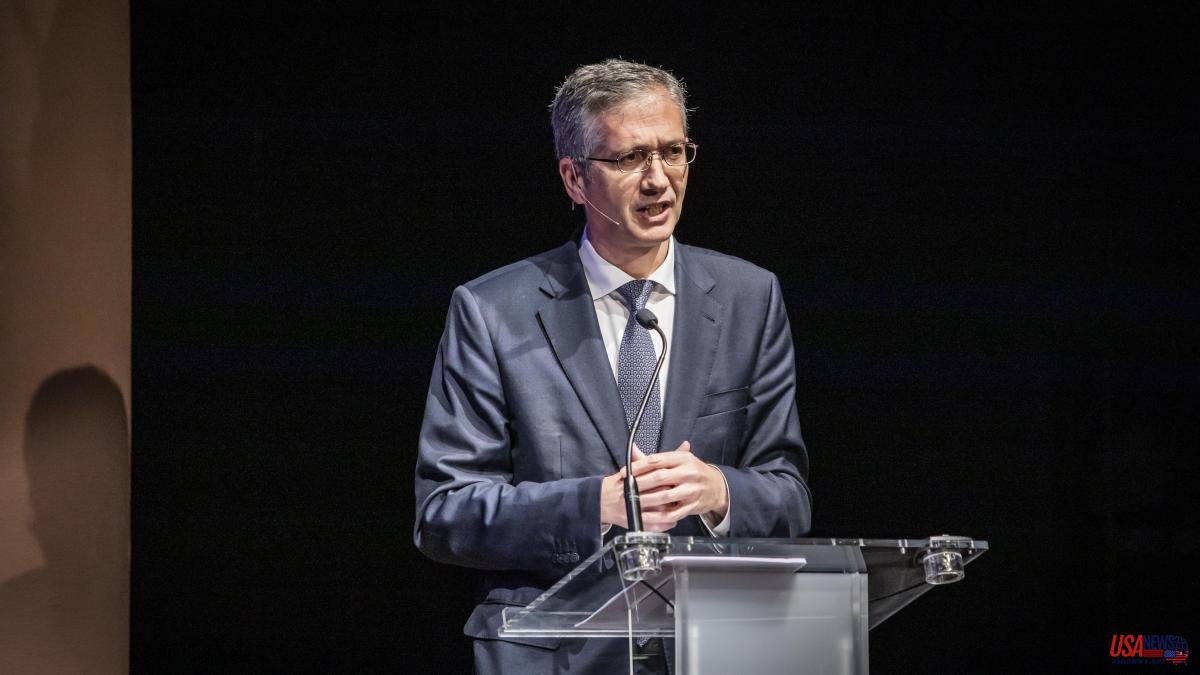 There are two main messages from the Bank of Spain. On the one hand, a resounding cut in the growth forecast for next year, which contradicts the Government's calculations and, on the other, the slow deployment of European funds, which even leads it to propose a possible delay in the deadlines set for its execution.

With regard to growth, it cuts the forecast for GDP growth in half for next year and leaves it at 1.4%, very far from the 2.8% that it had forecast in June, and also from the 2.1 percentage % on which the Government yesterday based its budgets. They are 7 tenths of a difference with respect to the numbers with which the Executive yesterday approved the budget.

The sharp drop in growth is due to higher projected inflation rates, less favorable financing conditions, increased uncertainty and weakening global demand. The Bank of Spain forecasts weak activity until the spring of 2023, when it will start in the second half of this year and in the first half of 2023.

The turning point is the third quarter of this year. We came from a period between April and June in which growth surprised everyone positively, but since July the indicators of loss of dynamism have multiplied. In this way it is possible to go from a magnificent growth of 1.5% in the second quarter to a meager 0.1% in the third, according to the preliminary estimate of the Bank of Spain.

Starting in July, the rate of affiliation to Social Security has slowed down, the rise in energy prices has spread to the entire consumption basket and has reduced purchasing power, and company billing has slowed down . To this can be added a loss of vigor in private consumption in a context in which consumer confidence is at its lowest levels since 2013.

For the immediate future, the Bank of Spain foresees a slowdown in growth in the coming quarters. In addition to persistent inflation, the prevailing uncertainty, it is likely that tourism could lose strength and external demand would have to weaken.

Against this background, the Bank of Spain has changed its growth forecasts. Up four tenths this year, to a growth of 4.5%, and very low in 2023, halving the percentage forecast in June and now leaving it at 1.4%. The thrust of the first part of the current year serves to end it with this increase in GDP, but the effects of the economic slowdown will carry over to 2023, and only in 2024 will greater dynamism be resumed with GDP growing by 2.9%.

With these data, the recovery of pre-pandemic GDP levels is delayed again, this time until the first quarter of 2024. A new postponement when the large European economies have already recovered that level at the beginning of this year.

One factor to boost growth are the recovery funds but here, the Bank of Spain, warns that their deployment is lower than they had planned. His assessment does not coincide with the "cruising speed" that the Government usually indicates. It is pointed out that the pace of these investment projects reaches the economy more slowly than expected in the June forecasts.

Given the delay in deploying these funds and taking into account the limits set by Brussels to use them, Ángel Gavilán, general director of Economy and Statistics of the bank, points out the possibility of delays in these terms. "Given that investment in climate change is a structural factor that will accompany us over the next few years, it might be convenient to extend the terms for the management of these funds", said Gavilán, insisting that "we are not so interested in speed, we are concerned that they are allocated to investments with transformational capacity. If these delays are for a better selection of projects, they are welcome".

In any case, this potential delay would be a European decision. In the current terms, it is requested to execute the funds before 2023 and disburse them before 2026.

Regarding inflation, the Bank of Spain also revises its forecast upwards, which places it at 8.7% this year and 5.6% in 2023. It is a substantial increase, 3.1 points, on its forecasts for June. This correction is motivated by the recent surprises in the increase in prices, the new paths expected in the future for energy prices and by a more depreciated euro than in June.

In addition, it is pointed out that inflation rates would be even higher without the measures deployed by the Government. Specifically, in August they would have reduced inflation by three points, one of which is attributed to the mechanism to limit the price of gas used for electricity.