The courts of the Mayan Ball Court were more than just a playing field. 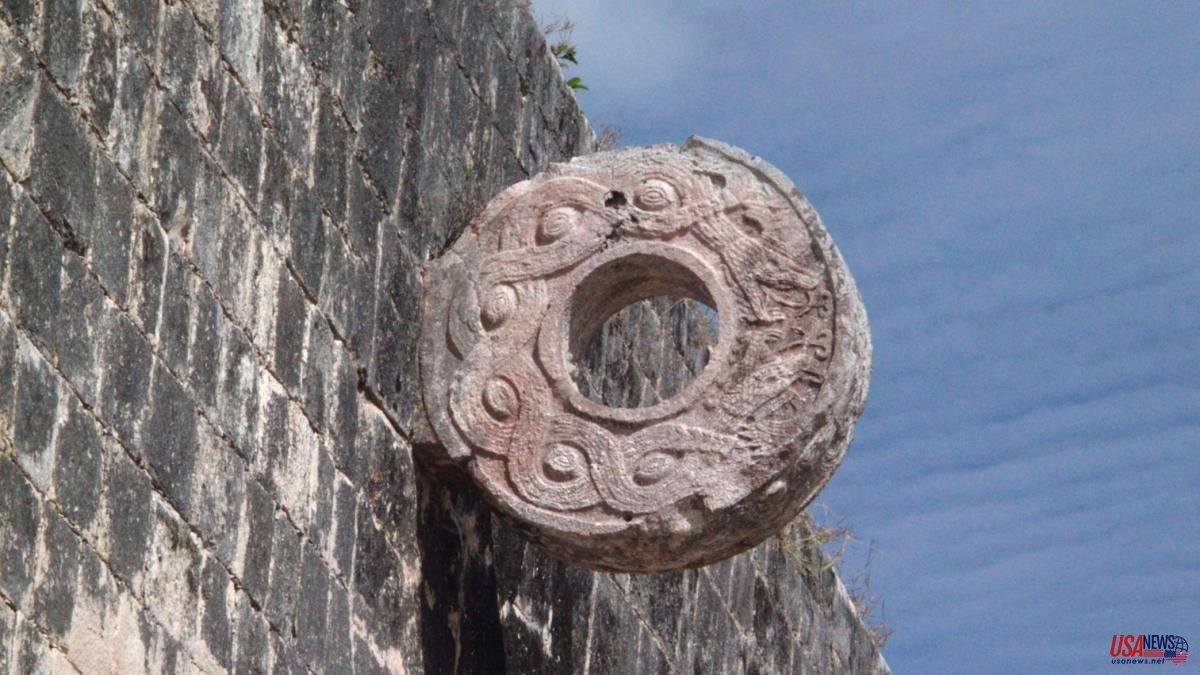 The courts of the Mayan Ball Court were more than just a playing field. For the ancient Mesoamerican peoples, these fields were sacred ground, a symbolic space that showed the circular path of the sky, where the stars transit and face each other, a space of war and death, of spectacle and power.

This sport with ritual connotations was played from around 1400 BC and its key element was the rubber balls, whose trajectory during the game (through passes and shots) represented the movement of the sacred stars: the Sun, the Moon and Venus.

It is normal, then, that those balls were revered by the players and the public. They were worshiped to such an extent that, according to archaeologists from the National Institute of Anthropology and History (INAH) of Mexico, the corpses of several rulers were used as material to make the balls.

Researcher Juan Yadeun Angulo points out that the bodies of at least two leaders and one lady from Toniná, the ancient Mayan kingdom of Po'p that rivaled Palenque in the Classic Mayan period (500-687 AD), were subjected to a ritual religious before burning them to ashes and using the remains to make rubber balls.

Angulo is based on findings from 2020 in a pre-Hispanic crypt in the Temple of the Sun, the most important pyramidal structure in the Ocosingo Valley, in Chiapas. More than 400 pots containing organic material, such as ashes, charcoal, gum and roots, have been discovered there.

The INAH archaeologist has been responsible for the investigation and conservation of the site for 42 years and explains in a statement that the findings were made during explorations on the north side of the temple in which a 90-by-90 stone cover was also discovered. 60 centimeters with the representation of a bound captive.

Once the plate was removed, there was an opening in the floor that led to a real labyrinth that led to a series of small vaults and rooms connected by stairs with a dozen steps. Everything ended in an antechamber and a crypt built between the 7th and 8th centuries and located eight meters deep inside the temple.

From the microscopic analysis of the organic material contained in the containers, experts point out that specialized people, possibly priests, probably burned the inert bodies of high-ranking characters. The sulfur from the ashes was used for the vulcanization of rubber, with which the balls used in the Ball Game ritual were made.

Unlike other ancient cultures, including the Egyptian, which preserved the body of their ancestors through mummification, in Mesoamerica the remains of rulers were cremated, although not necessarily until they were completely reduced to ashes, since it was considered that some parts had a particular power because they were related to certain deities.

According to Yadeun, the rulers Wak Chan Káhk´ (died September 1, 775), the dignitary Aj Kololte' (died April 1, 776) and the lady Káwiil Kaan (who died in 722) were taken to the cave of death after 260 days, once the cycle of the ritual calendar was completed –and on the same date of their deaths–, for their transmutation.

“It is instructive to know that the Mayans sought for the body of their leaders to become a living force, something that stimulated their people. Life was reborn embodied in the corn, whose cycle, between harvest and sowing, comprises 260 days, the ritual period that the corpse of the dignitaries fulfilled in the 'cave of death'", recalls the archaeologist.

A short distance from the crypt of the Temple of the Sun, the researchers found another independent access – approximately 80 by 80 centimeters – in the eastern sector of the pyramid. This second tomb was looted between the 19th and 20th centuries.

With 10 linear meters of route and an equally labyrinthine configuration, the tomb (dated in the year 500 AD) leads to a large chamber where only the fragment of the jaws of a "monster of the earth" could be recognized - 50 by 50 centimeters – from which a small turtle emerges.