The Mercat de les Flors announces a 2022-2023 season with artists who are rare and had yet to present, such as Gisele Viènne, the French playwright who has opted for choreography and from whom Crowd will be seen, a rave choreographed youth; Mette Ingvartsen, the Swedish based in Brussels who represents the most current avant-garde, or the Brazilians Jonas. 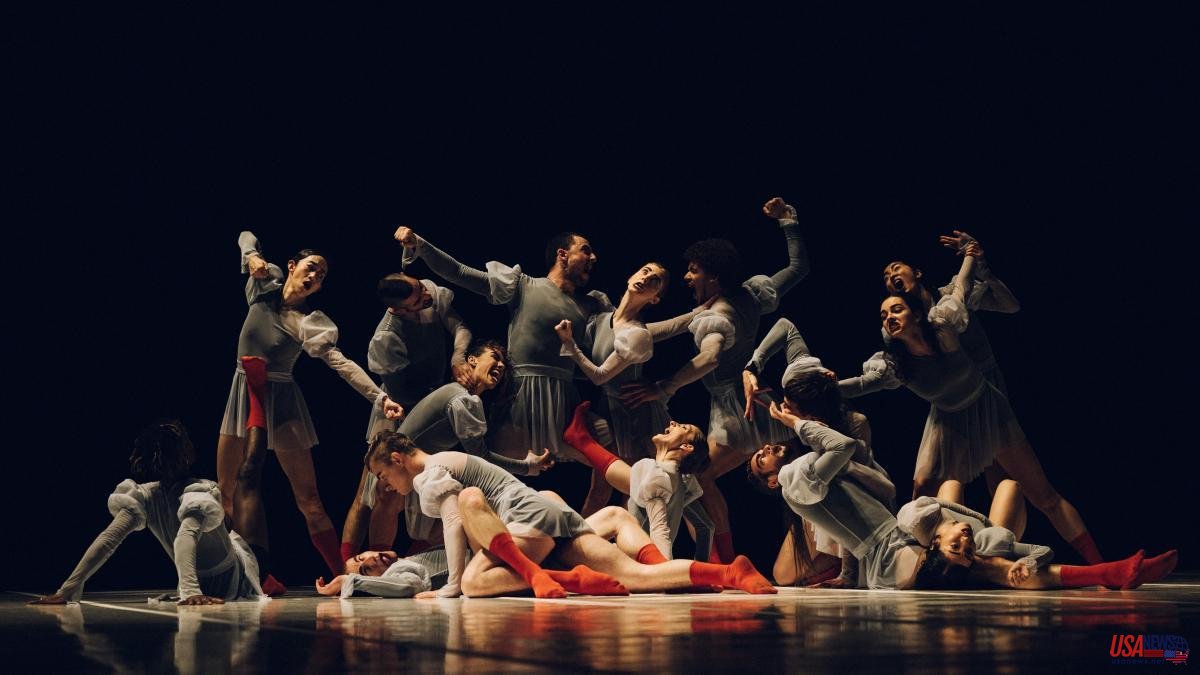 The Mercat de les Flors announces a 2022-2023 season with artists who are rare and had yet to present, such as Gisele Viènne, the French playwright who has opted for choreography and from whom Crowd will be seen, a rave choreographed youth; Mette Ingvartsen, the Swedish based in Brussels who represents the most current avant-garde, or the Brazilians Jonas

Although the real recovery is that of Lucinda Childs (New York, 1940), one of the mothers of American postmodern dance to whom the room dedicates a constellation that will make us forget the disappointment of Deborah Hay's pandemic. Thus, Ruth Childs, the artist's niece, will interpret the repertoire of her early days, as well as the Dance On Ensemble, whose dancers over 45 years old will dance Works in silence, works that have not been replaced since their premiere in the seventies . But in addition, the Lyon Opera Ballet will perform the iconic Dance (1979) with the synchronized recording of Philip Glass's music. And you will see a solo from 2020 created for a dancer from the Lyonnaise troupe. In addition, the same month of March will arrive at the Mercat (La) Horde-Ballet National de Marseille with a program that starts precisely with Childs and continues with Tânia Carvalho, Lasseindra Ninja and Oona Doherty.

The room wants to give a second chance to projects that were cut short by the covid, such as the constellation of Lia Rodrigues (Sao Paolo, 1956), or shows that had 50% capacity, such as Highlands, by Mal Pelo. Rodrigues has gained so much recognition in recent years that it is impossible to recover the constellation as it is, warns the center's director, Àngels Margarit. Fury will be seen, to which is added the recent Enchanted. "And we will see two other Brazilian artists for whom Lia has been a reference: Volmir Cordeiro and Ana Pi."

Other constellations will be for the Valencian Olga de Soto, whose career in the visual and performing arts has taken place in Belgium, and the aforementioned Ingvarsten. But the pandemic also led to the co-production of many local artists. By joining forces with the Teatros del Canal, the Mercat makes Odissea by Maria Rovira possible. That together with the company Asun Noales will inaugurate the morning sessions, a novelty in the room to give more options to the public. Another novelty is the cycle of dance and music that brings together artists with personality: François Chaigneaud and Nino Laisné; the aforementioned jonas

For the first time in a decade, the room exceeds a budget of 5 million euros: 5.49. The City Council allocates money from the co-capital to the works of the building.