The Starhembergs were an old and powerful Austrian aristocratic family originating from Steinbach and Steyr, in Upper Austria, and residing in a sumptuous Palace located in Eferding, near Linz. 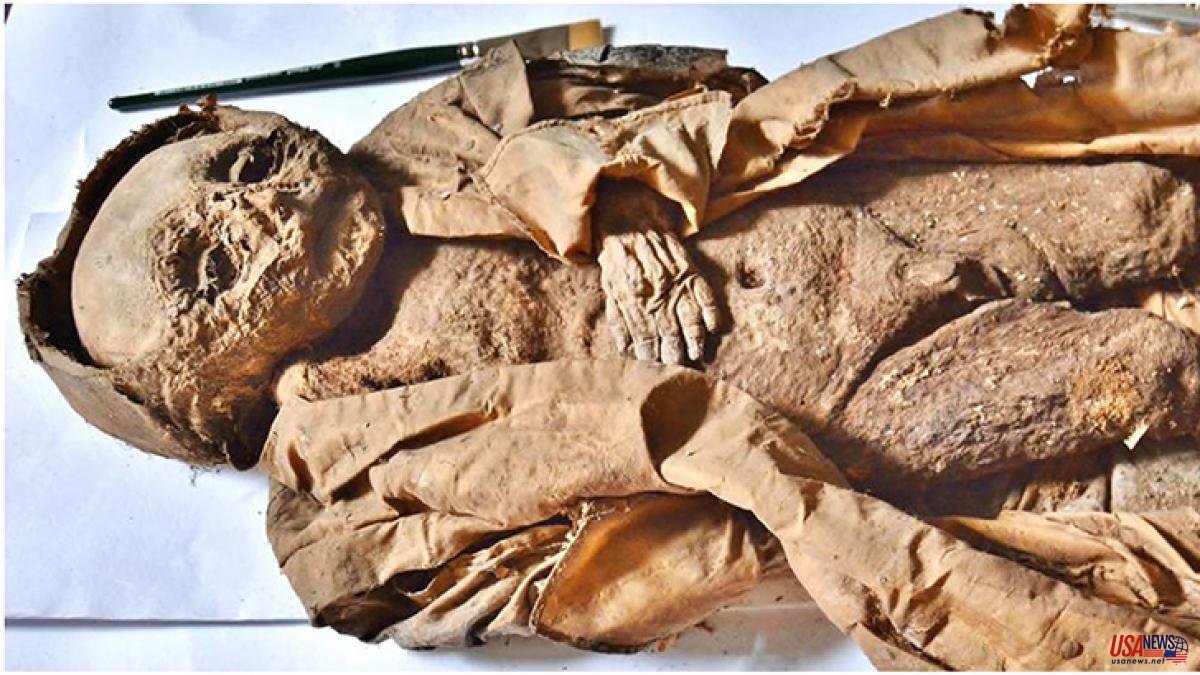 The Starhembergs were an old and powerful Austrian aristocratic family originating from Steinbach and Steyr, in Upper Austria, and residing in a sumptuous Palace located in Eferding, near Linz. They were made imperial counts (Reichsgrafen) in 1643 and obtained the rank of prince (Reichsfürsten) in 1765.

Before they came into the world, however, there was another representative of the lineage, one of which practically no one was aware until now, but which has taken on special relevance among archaeologists and doctors once their remains have been discovered in the family crypt, as they explain. in a study published in the journal Frontiers in Medicine.

Reichard Wilhelm was just a baby when he passed away in the 16th century and his remains were placed in a wooden coffin inside the tomb. The special conditions of the place allowed the natural mummification of the body, which has preserved the soft tissues that have provided important details about its short life.

His sarcophagus, curiously, was the only one that was unidentified in the entire crypt. Furthermore, it was less sumptuous than the elaborate metal coffins reserved for other members of the family. "This is a unique case," says Dr. Andreas Nerlich, lead author of the study.

The team led by Nerlich carried out a virtual autopsy and radiocarbon analysis. "Infant mortality rates were very high at the time, so our observations can have a considerable impact on the general reconstruction of children's lives, even those who belonged to the highest social classes," he says.

The experts measured the length of the bones and observed the eruption of the teeth to determine that the child was between 10 and 18 months old when he died. The soft tissue also showed that the man was overweight for his age, which would indicate that his parents were able to feed him well.

The ribs, however, had been deformed and the baby had what is known as a rickety rosary, a malformation that is usually caused by severe rickets or scurvy. "Although he received enough food to put on weight, he was still malnourished, deficient in vitamins C and D. In addition, he did not present the typical bowing of the bones that is seen in rickets, which may be due to the fact that he neither walked nor crawled," says Nerlich. .

The autopsy also revealed that he had inflammation of the lungs characteristic of pneumonia (children with rickets are more vulnerable to this infection that fills the alveoli with fluid), so nutritional deficiency may even have contributed to his early death.

"The combination of obesity together with severe vitamin deficiency can only be explained by a generally 'good' nutritional status together with an almost complete lack of exposure to sunlight," says Andreas Nerlich. The deformation of his skull suggested that his coffin was not big enough for the child.

The boy, however, had been buried in a long hooded coat made of expensive silk. Furthermore, he was buried in a crypt reserved exclusively for the powerful counts of Starhemberg, who buried their holders, mostly first-born sons, and his wives there.

This meant that the baby was probably the firstborn of a Count of Starhemberg. Radiocarbon dating of a skin sample suggested that he was buried between the years 1550 and 1635, while historical records indicated that his burial probably took place after the renovation of the crypt, an event that occurred around the year 1600.

"We have no data on the fate of other babies in the family," says the researcher about the fact that this was the only child buried in the family tomb. "According to our data, this male was most likely the firstborn [of the earl] after the construction of the family crypt, so special care may have been applied," he adds.

These details led researchers to conclude that there was only one possible candidate: Reichard Wilhelm (1625-26), whose grieving family buried him alongside his grandfather and namesake Reichard von Starhemberg.