The Aztecs used the mountains to control the sun.

Without clocks or modern technology, the ancient Mexicans needed a method to maintain their agricultural calendar and control the seasons, essential to feed millions of people. 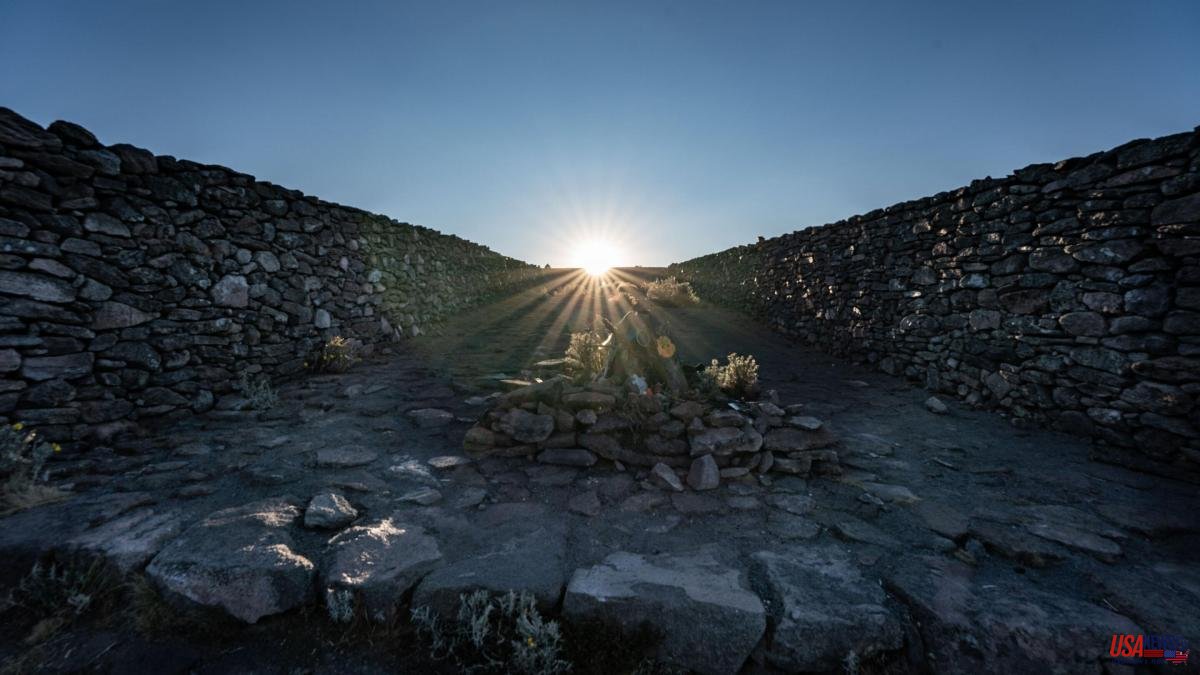 Without clocks or modern technology, the ancient Mexicans needed a method to maintain their agricultural calendar and control the seasons, essential to feed millions of people. They did it through the sun. They observed the star king so precisely that they were even able to adjust for leap years.

Before the arrival of the Spanish in 1519, the agricultural system of the Basin of Mexico (the meeting of four valleys in the central part of the Mexican territory) fed an extraordinarily large community for the time. While Seville, Spain's largest urban center, had a population of less than 50,000, ancient Mexico City was home to as many as 3 million people.

Feeding so many people in a region with a dry spring and summer monsoons required an advanced understanding of when seasonal climatic variations would arrive. Planting too early or too late could have been disastrous. And not adjusting for leap year fluctuations could have led to total crop failure.

Although ancient chronicles detailed the use of a calendar, no one knew exactly how the Aztecs were able to achieve such precision. Researchers at the University of California, however, seem to have found the key. To do this they had to travel to the Sierra Nevada, where they discovered that this mountain range served as a solar observatory.

The Aztecs, as explained by archaeologists in an article published in the Proceedings of the National Academy of Sciences (PNAS) magazine, followed the rising sun day by day from the same place to find out exactly what time of year it was and if the exact time had come to plant their products in the field.

To find that precise place, the experts studied Mexica (or Aztec) manuscripts, ancient texts in which they found references to Mount Tlaloc, which is located to the east of the Basin. The team explored the high peaks of the area and found that there is a temple on top of a mountain with a long causeway that aligns with the rising sun on February 24, the first day of the Aztec New Year.

“Our hypothesis is that they used the entire Valley of Mexico. His instrument of work was Cuenca itself. When the sun came up at an emblematic point behind the Sierras, they knew it was time to start planting," says Professor Exequiel Ezcurra in a statement.

The sun, seen from a fixed point on Earth, does not follow the same trajectory every day. In winter, it runs south of the celestial equator and rises to the southeast. As summer approaches, due to the planet's tilt, sunrise moves to the northeast, a phenomenon called solar declination.

The researchers believe that the Mexica were able to measure time using this principle, the sun and the mountains as reference points. The observatory could also have a more modern function, according to Ezcurra. Comparing old images of the Basin of Mexico with current ones shows how the forest slowly ascends towards Mount Tláloc, probably as a result of an increase in average temperatures at lower altitudes.

“In the 1940s, the tree line was well below the summit. Now there are trees that grow on the very top”, says Professor Ezcurra. “What was an observatory for the ancient Aztecs could also be an observatory for the 21st century, to understand global climate changes. The Aztecs were as good or better than the Europeans at measuring time, using their own methods”, he concludes.