The Assembly of Ecuador debates the impeachment of President Lasso

The National Assembly (Parliament) advances in the debate on the impeachment of the president of Ecuador, Guillermo Lasso, while maintaining the indigenous mobilization against the cost of living and the economic policies of the Executive. 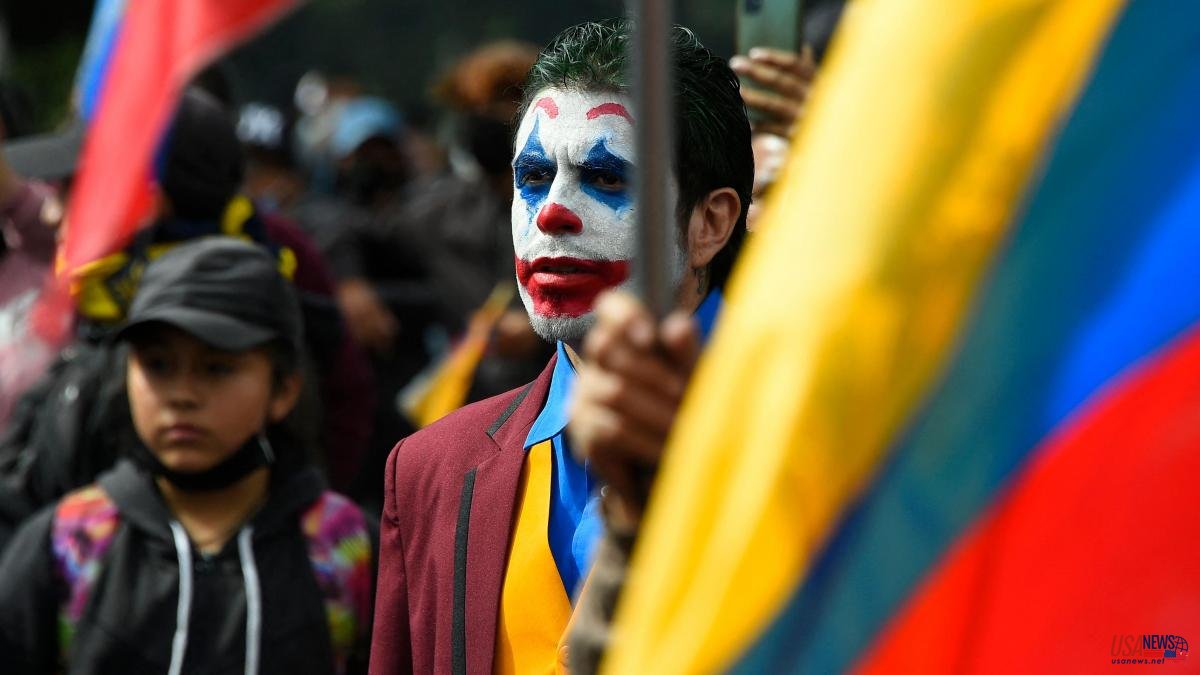 The National Assembly (Parliament) advances in the debate on the impeachment of the president of Ecuador, Guillermo Lasso, while maintaining the indigenous mobilization against the cost of living and the economic policies of the Executive.

In the virtual session installed with the assistance of 135 assembly members, the legal secretary of the Presidency, Fabián Pozo, read a letter sent by Lasso, in which the president called the request for his dismissal presented by Assembly members related to former President Rafael Correa (2007-2017).

This is because it considered that the reasons contemplated in numeral 2 of article 130 of the Constitution, invoked by the petitioners, are neither met nor justified in the request: "serious political crisis and internal commotion."

The Assembly "has the constitutional obligation to prove and justify that two different and simultaneous conditions have occurred to proceed with the dismissal," he said, opining that "neither of the two is met or proven."

But the opposition assemblywoman Pierina Correa, assures that this evidence will be presented in the debate, in which the intervention of 41 members of the Assembly is expected, who have 72 hours, once the debate is over, to put it to a vote.

For the legislator, sister of ex-governor Correa, Lasso has mocked the Assembly by not attending the session to present the exculpatory evidence, as indicated in the organic law of the Legislative.

The request for the removal of the ruler was presented under the cause of serious internal commotion due to the wave of protests led by the Confederation of Indigenous Nationalities of Ecuador (Conaie), due to the high cost of living.

After thirteen days of protests, in which five people have died and at least 200 have been injured, between demonstrators and the forces of order, this Saturday the first approaches took place between the leader of the Conaie, Leonidas Iza, and representatives of the Government.

In the reserved meeting, convened by the president of the National Assembly, Virgilio Saquicela, and which took place in the Basilica of the National Vote, it was proposed to form a technical table with delegates from the indigenous movement and the Government to begin the process of dialogue and analyze each of the proposals raised by the protesters.

The indigenous people demand compliance with a list of ten demands, among them that fuel prices be reduced and frozen, that the prices of basic necessities be controlled, that state companies not be privatized and that the activity not be expanded. oil and mining in the Amazon.

Although the advisor to the Presidency, Diego Ordonez, assured on Saturday that there had been a "massive demobilization" of the indigenous demonstrators who had gathered in Quito, Iza clarified that they remain in the city and that they will not leave until their disputes are resolved. requirements.

In fact, in the early afternoon, a group of demonstrators, considerably smaller than in recent days, gathered in the El Arbolito park area, adjacent to the House of Ecuadorian Culture, from where thousands of people were evicted on Friday. demonstrators who participated in a "popular assembly" to define actions in the protests.

Iza denied having started a dialogue with the Executive on Saturday in the first contact with several of its members, in which she had said that she would not make any decision before consulting with the bases.

To the members of her organizations who thought that the dialogue had begun without consulting them, Iza explained that she had attended the meeting "out of respect" for Saquicela.

On behalf of the Government, the Government Ministers attended, Francisco Jiménez; and Foreign Relations, Juan Carlos Holguín, while Iza was accompanied by the leaders of the other organizations that lead the protests.