The vice president of the Generalitat, Aitana Mas, confessed last Wednesday to the media that she did not know until the night before the General Policy Debate the fiscal proposal that the Valencian president Ximo Puig was going to announce the next morning. 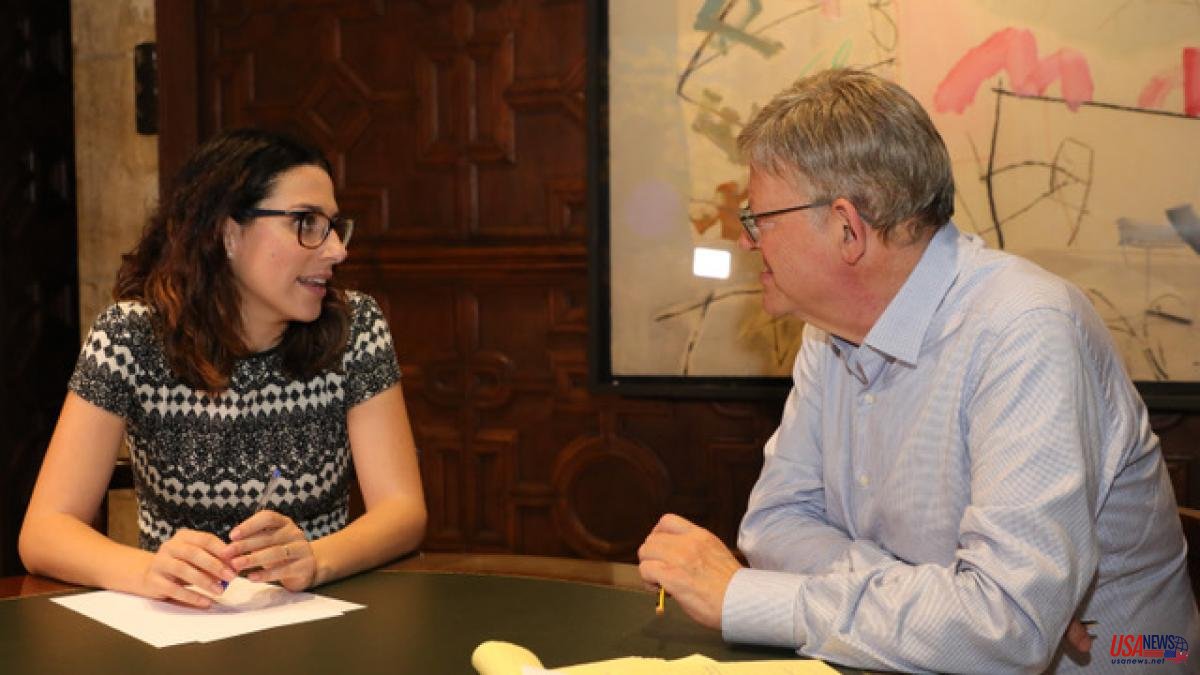 The vice president of the Generalitat, Aitana Mas, confessed last Wednesday to the media that she did not know until the night before the General Policy Debate the fiscal proposal that the Valencian president Ximo Puig was going to announce the next morning. In fact, as this newspaper has learned, it was not until minutes before ten at night that Mas received the detail of the reform after insisting and requesting the document in writing. Before her there was a meeting between her and the Minister of Finance, Arcadi Spain.

However, that was not the biggest problem. And it is that, as they explain in Compromís, the document with the income tax reductions, the deductions and the decision not to touch the high incomes went beyond the work that was being carried out for weeks in the Ministry of Finance between senior officials of PSPV and Compromises. A surprise 12 hours into the debate did not give the partners room for maneuver and the coalition did not like it, nor did they like the fact that they will try to spread the word that the vice president had given the "ok" to a reform that was different from the one that had been negotiated . A maneuver that put the leader of the Initiative at the feet of the horses at a delicate moment.

"They have slipped us a goal," they admitted in the Valencian formation, very upset with the way the Socialists proceeded. "They know that Aitana [Mas] is not like Oltra and that the next day she was not going to raise her voice, because she understands that the image of government unity must be preserved," the same sources explained.

However, in the environment of the vice president they begin to understand those messages that came to her after her appointment warning her of the difficulties of negotiating with the PSPV and, especially, with the Presidency.

The truth is that the management of this first negotiation has generated the first gap between the president of the Generalitat Valenciana and its vice president, Aitana Mas, after an effort by both to redirect the relations that were broken in the last stage of Oltra in the Executive . It will be necessary to see if that translates into a loss of confidence that seemed to be beginning to exist between the two top leaders of the Valencian Government.

Thus, Puig's tax reform announcement continues to run aground. Both in Compromís and in Unides Podem they insist that they are not going to support either an Accompaniment Law or a decree law that attends only to a tax reduction for the middle and working classes; They emphasize that it must be compensated with greater demands on those who have more.

Yesterday the trustee of Compromís in Les Corts Valencianes, Papi Robles, stated that what was announced on Tuesday was Ximo Puig's proposal, but not that of the Botànic, which is the one on which the government partners within the Consell are working , "which is not finished and has not yet seen the light" and when it does, he has said, "it will be done hand in hand with the entire Botànic".

For his part, Ferran Martínez (United We Can) stressed that it is necessary to "complete" that reform to avoid a loss of income. Puig's announcement did not go down well with the purples either.

For its part, in the PSPV they have no intention of taxing the highest incomes and sources from the Ministry of Finance point out that, "in 2016, the Botànic already carried out a reform so that high incomes paid more" and that the objective of this new proposal is none other than "increasing progressivity while those who have more do not benefit from the cut, since they already bear more tax burden."