The reaction to the complete publication of the sentence by the political piece of the ERE of Andalusia has not been long in coming from the Andalusian Executive and the Popular Party. 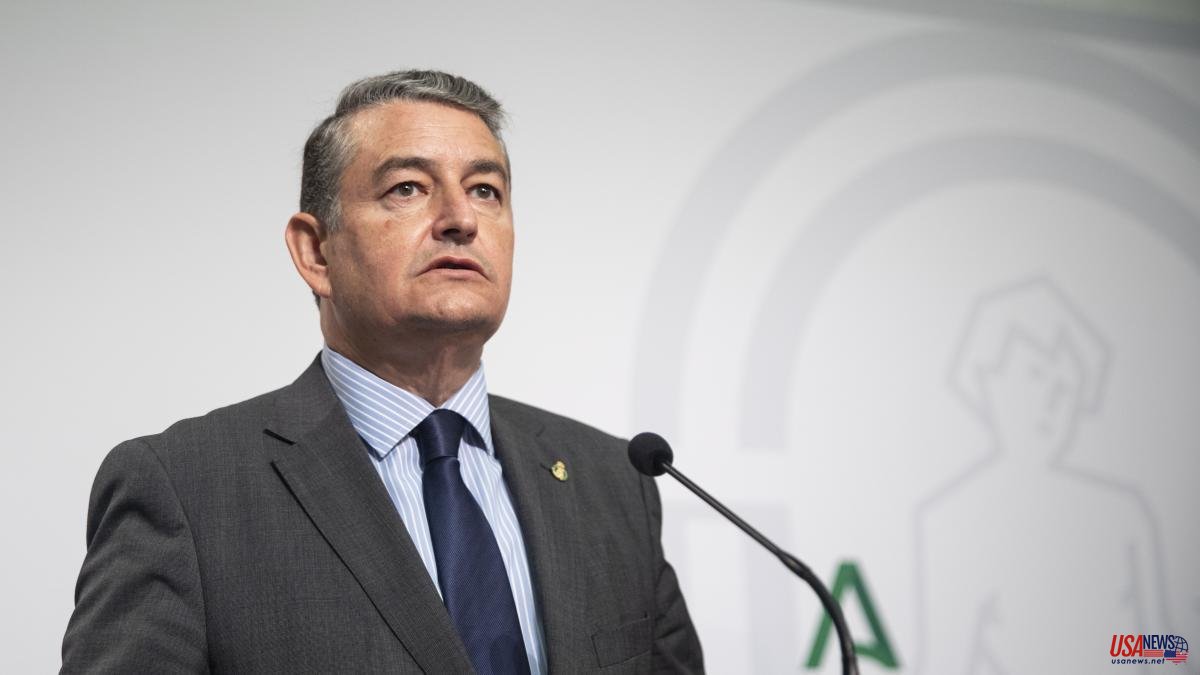 The reaction to the complete publication of the sentence by the political piece of the ERE of Andalusia has not been long in coming from the Andalusian Executive and the Popular Party. “What the PSOE-A has to do is apologize once and for all” to Andalusians, declared the Minister for the Presidency, Interior, Social Dialogue and Administrative Simplification, Antonio Sanz.

In the ruling of the Supreme Court, it is stated without a shadow of a doubt that both the former socialist presidents Juan Antonio Griñán and Manuel Chaves, as well as almost twenty former senior officials of the same party, were aware of the illegal structure for the granting of social and labor aid that It provoked "an unprecedented event in the history of democracy" in Spain and that ended up generating an embezzlement of "close to 700 million" euros in the Andalusian coffers in a decade.

"There was no political will" to "avoid these serious events," explains Sanz, echoing some fragments of the sentence. “We are facing the confirmation of the greatest lack of control, a case of waste and political corruption in history, and it is no longer said by the complaint or the political debate, but by the Supreme Court and the Provincial Court of Seville”, he stressed. Faced with this "passivity" in the face of the "illicits perpetrated", as indicated by the High Court, the Andalusian Government considers that the PSOE-A would have to start, today, by "asking for forgiveness once and for all" and considers that "it is not a day for pardon”.

In the same line as Sanz, the general secretary of the PP-A, Antonio Repullo, has spoken, who has insisted, as the popular have been doing in recent times, that "the sentences are to be fulfilled." However, Repullo has gone a step further and has considered that the pardon, a request made by Griñán's family to the Ministry of Justice in early September, will be taken into consideration according to the interests of the central government. The President of the Executive, Pedro Sánchez, "will pardon according to the electoral barometer", he has commented, "he will look out for his own interests".

At the moment, the PSOE-A has not assessed the conviction. Let us remember that despite the fact that historical members of Andalusian socialism signed the petition for pardon for Griñán (Felipe González, Alfonso Guerra or Susana Díaz, among others), the current general secretary of the party in the region, Juan Espadas, refused to sign the text considering that it went against the ethics of the PSOE. Likewise, as has been reiterated today from Ferraz, the Sevillian joins the discourse that neither Griñán nor Chaves benefited from this fraudulent system for their personal enrichment. "They did not touch a single euro," insist socialist sources.

The support for the condemned, therefore, persists, and it is ensured that if the request for pardon is produced, the Government will process it and study it "exactly the same as other cases."

In the case of the ERE there are twenty former high officials of the Andalusian socialist governments sentenced, some of them, as is the case of Griñán, to prison terms of more than 2 years.

Let us remember that the sentence has two discordant votes of the five issued by the magistrates. The magistrates Ana María Ferrer and Susana Polo believe that the former Andalusian president José Antonio Griñán should have been acquitted of the crime of embezzlement, considering that there was no "fraud" in his action because, being outside the Ministry of Employment, he did not participate in the execution of the final phase of the budgets, so they only see in him an "excess of confidence" towards his colleagues in the Government.

In an extensive private opinion of 88 pages, both explain that they agree with their other three companions that Griñán and former directors Miguel Ángel Serrano, Jesús María Rodríguez, Francisco Vallejo and Carmen Martínez committed a crime of prevarication but understand that there is no evidence enough to convict them of embezzlement as well. Each crime "corresponds to its scenario," they stress.

In line, they reason that "one thing is that in the face of a generalized situation of economic crisis, an illegal system of budget allocation was developed and assumed to provide agility for the concession and payment by the Employment Department of the Junta de Andalucía of the aid social and labor benefits to workers and companies in crisis". "And a different one than later, in the budget execution phase, the funds allocated to these extraordinary subsidies will be diverted from the social and economic destination established in the law with damage to the public treasury," they complete.

The magistrates differentiate in this way between those who were part of the Employment Department, where they discharge responsibility for the embezzlement, and those who were involved in the budget process but without knowing or directly participating in the final distribution of the money destined for these fraudulent ERE: more 700 million in a decade.