Alcarràs (Segrià) yesterday afternoon celebrated the election by the Spanish Film Academy of the film by Carla Simón that bears the name of the municipality to represent Spain at the Oscars. 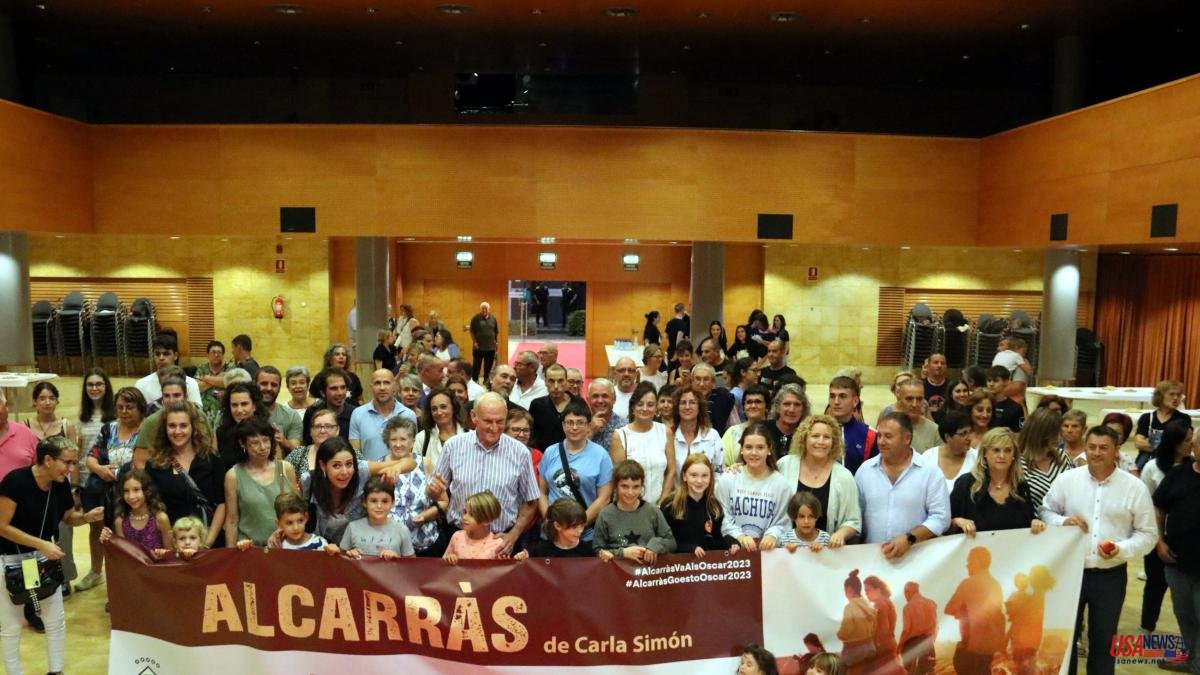 Alcarràs (Segrià) yesterday afternoon celebrated the election by the Spanish Film Academy of the film by Carla Simón that bears the name of the municipality to represent Spain at the Oscars. The City Council organized a party at the Lo Casino cultural center that brought together the actors of the film and dozens of residents of the town and nearby towns. The act had the participation, in telematic form, of the director.

The actors expressed satisfaction with this new milestone achieved by the film and were moderately optimistic about the path that 'Alcarràs' begins towards the Oscars. The filmmaker thanked the people of Alcarràs for the involvement she has had and is having in promoting the film.

The filmmaker's intervention was a surprise for the attendees, among them the actors and actresses from the film, the mayor Jordi Janés, the Minister of Social Rights, Violant Cervera, and mayors and councilors from the Baix Segre municipalities and from other towns that They also appear in the film.

The actors have celebrated this new milestone reached by the film, which was already distinguished with the Golden Bear at the Berlin Film Festival and has recently been shortlisted for the 35th edition of the European Film Awards. In this sense, they assured that they would never have imagined the success that the film would achieve and they are moderately optimistic about the path that 'Alcarràs' is now beginning to be among the five finalist candidates for best international film in the next edition of the Oscars and aspire to take the prize.

The mayor of Alcarràs, for his part, announced that the council will paint a mural "in an emblematic place" in the town to thank the filmmaker and her team for the gift that they have received with the film, and also that 'Alcarràs' will become to project the town at least one more time.

Janés also recalled that the council will give a boost to the implementation of the 'Carla Simón Routes', some planned tours of the town and the spaces that have made it popular as a result of the film. The mayor stressed that the film has contributed to making the population known, as well as its traditions and customs, but above all, its economic engine, the countryside and the world of the peasantry.

Carla Simón was already declared the favorite daughter of the municipality in an extraordinary plenary session in August and the filmmaker is expected to be the herald of the Alcarràs winter festival, after she was unable to. The consistory will take the opportunity to give her the award of favorite daughter. In addition, the municipality will have a square with the name of Carla Simón.