The Albéniz saga is reunited in Camprodon

Far from being a source of family rupture, as happens on countless occasions, Isaac Albéniz's inheritance is acting almost like a glue between his great-grandchildren, who by now have already turned sixty and sometimes seventy years old. 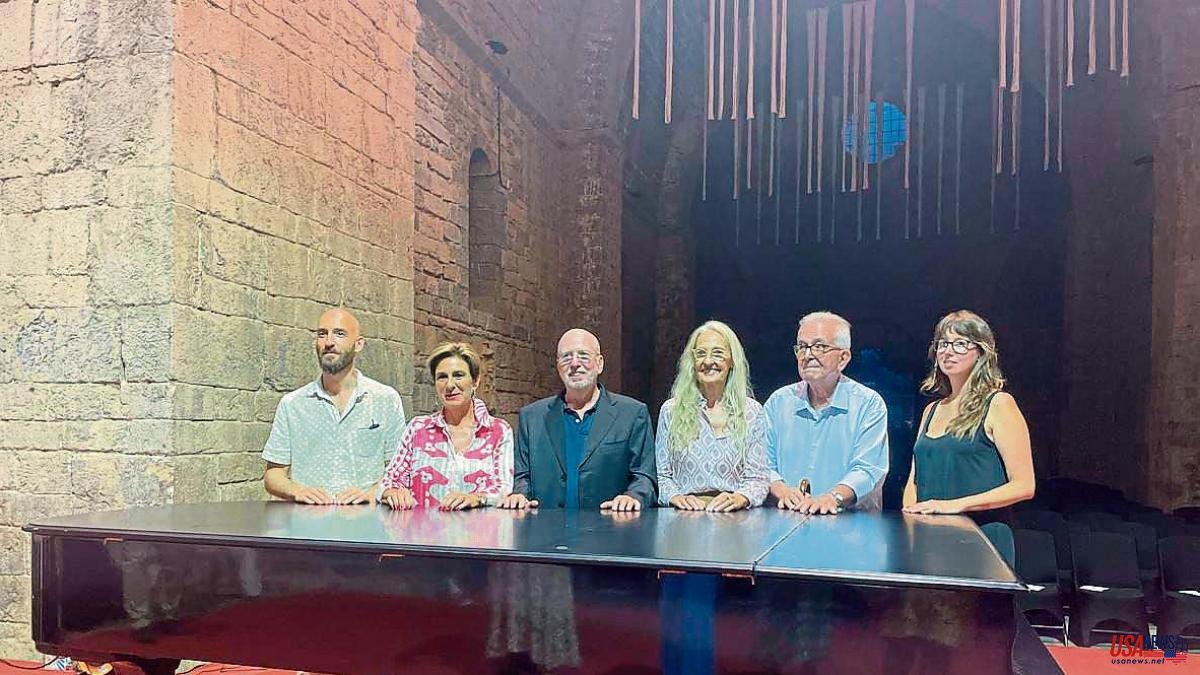 Far from being a source of family rupture, as happens on countless occasions, Isaac Albéniz's inheritance is acting almost like a glue between his great-grandchildren, who by now have already turned sixty and sometimes seventy years old.

Yesterday it was possible to take the pulse of the Camprodon musician's family. The celebration of the new stage in which the museum dedicated to his figure in this Pyrenean town is entering practically all of them, with the exception of Cecilia Ciganer-Albeniz, the ex-wife of Nicolas Sarkozy, who had to cancel the trip, and the "Cousin Alberto", who is none other than Ruíz-Gallardón, the politician.

Another of the heiresses, Enriqueta Alzamora, of the Majorcan branch, had not returned to Camprodon for twenty years. And the reunion of her with some of the pieces that are in the museum – pianos, sheet music, works of art... and the bedroom of Albéniz and his wife in Paris – is noteworthy.

“I have slept in this bed, it was my bed. She traveled from Paris to Mallorca and now she is here”, she says, amused, while she finds a deshabillé of her grandmother's that“ I wore at my wedding! ”. His cousin Alfonso Alzamora, whose father built the museum, and the music critic Jorge de Persia, who has refounded it after the years in which the collection has been stored and disintegrated, celebrate that a feminine hand put a little order in the showcase in which exhibits gloves, a mirror, some mantillas, a hat feather... and that wonderful relic of grandma's silver purse.

"It's an artisan museum, if there was a curtain to hang, Jorge and I ended up doing it," says Alfonso Alzamora, president of the association that has replaced what was previously a public foundation. Do not depend on politics to be able to advance. “It is handmade but aspires to be a showcase worthy of interest: that sponsors, partners and institutions take the next step and an expert museographer comes. We have to believe it."

Nearly two hundred guests traveled yesterday to this municipality of Ripollès, which was celebrated throughout the day. Starting with the family meal, in which Alfonso and Enriqueta met Mahala Alzamora and her son Isaac (of course), who represent the third leg of Enriqueta Albéniz's family branch.

Enriqueta was the eldest daughter of the musician, who married Vicenç Alzamora, from the Mallorcan Alzamora, a family dedicated to the storage and import and export of flour, sugar and almonds, and who welcomed great masters of music.

Also present is Julio Samsó, a descendant of Laura, the composer's youngest daughter. As for Cecilia, the ex of the former French president, she would have represented the branch of the son of Isaac Albéniz, also named Alfonso, at this meeting in Camprodon.

All of them were later joined by the mayor of Camprodon, Xavier Guitart and his councilor for culture, Mª Angels Reixach, who welcomed them at a reception at the town hall. The general director of Cultural Heritage of the Generalitat, Sònia Hernández, and the general director of the Inaem, Joan Francesc Marco, also traveled to this beautiful Pyrenean enclave.

Notable representatives of the initiative were not lacking, such as Carlos Cuatrecasas, founding partner and member of the museum's board of directors. Or musicians, like Edmon Colomer, and the Japanese pianist Hisako Hiseki, Albéniz medal 2006.

The reception at the Town Hall was followed by the opening of the small exhibition From Paris to Ceret. Albéniz Séverac and Catalan culture, with which both De Persia and Alfonso Alzamora are fulfilling their desire to contextualize the author of Iberia in his time and among his contemporaries.

The evening at the Monestir de Sant Pere was completed by the composer and performer Albert Guinovart, who played works by Albéniz and his disciple in Paris Déodat Séverac, whose birth is exactly 150 years old, on the piano. Guinovart masterfully approached the work Cerdaña by the French creator, in whose 2nd movement he evokes his happy memories of Puigcerdà with the Albéniz. The score is dedicated to Laura Albéniz... “Yes, I was in love”, concludes De Persia.