The against of Leverkusen liquidates Atlético

Atlético were looking for their second victory in the Champions League in Germany and came from Leverkusen with a painful defeat. 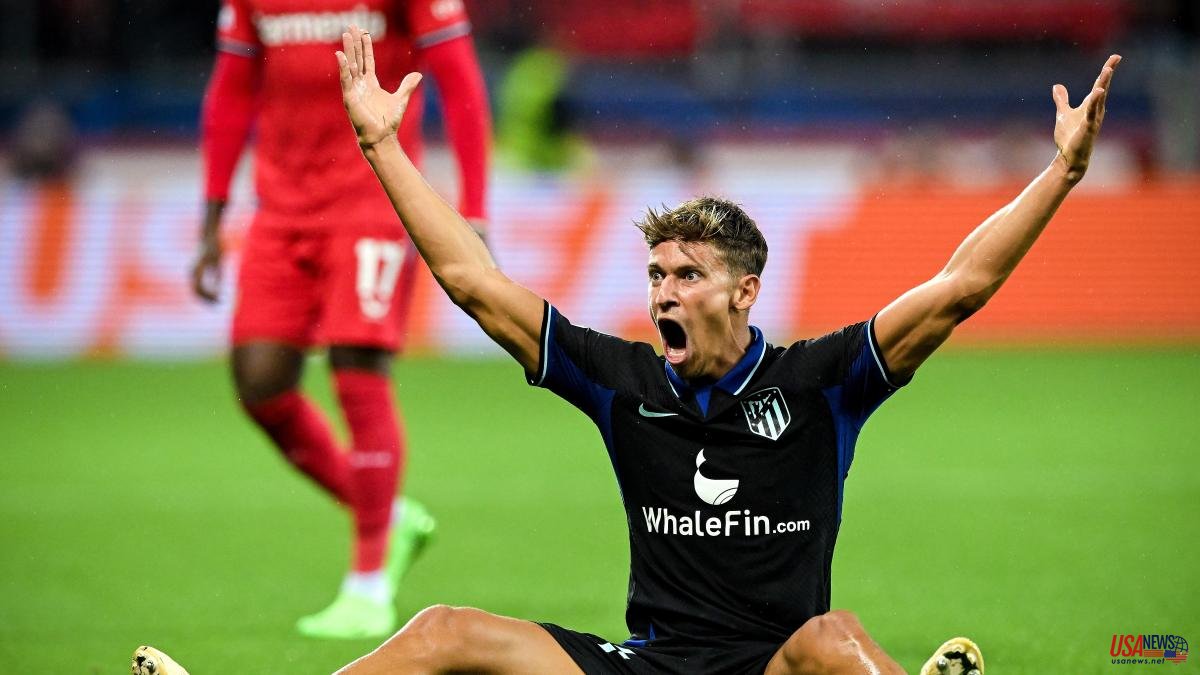 Atlético were looking for their second victory in the Champions League in Germany and came from Leverkusen with a painful defeat. He controlled the match in the first half, but in the second, Bayer finished him off with two cons in the last five minutes. It was not a mirage. Before, the Germans had had the best chances and had finished off the post up to three times.

The first part offered very little. Atlético had more of the ball but neither team was able to create clear chances. Morata appeared very little and nobody supplied him with balls. João Félix was the most incisive player along the attacking front, but kicks rained down on him from all sides.

The clearest chance of the first half came from a set piece by Felipe, who made his debut tonight. Atlético also protested a penalty that seemed very clear at the hands of Tapsoba, but neither the English referee Michael Oliver nor the VAR understood it that way.

The second half began for Atlético with the exchange of De Paul for Saúl, who was not yet important in his return to Atlético after his loan spell at Chelsea.

Three minutes after the restart, Atlético suffered the first scare of the night. Felipe left a short ball and Leverkusen came out at full speed and put an inside ball for Schick who, hand in hand with Grbic, Oblak's substitute, sent the ball to the crossbar with everything in his favor. In the rejection, with Grbic on the ground, Hlozek headed and the ball went to the post.

In the 61st minute Simeone wanted to turn the game around and made a double substitution to reactivate his team. Carrasco entered for Reinildo to look for depth and Griezmann for Molina. French is usual for the final half hour.

With more offensive players and better feet, Atlético was different but the spark lasted a few minutes. Leverkusen chained two very fast chances in a row. Felipe denied Schick the goal, covering his shot and again the sticks saved the colchoneros in a shot this time from Kosounou,

Simeone then made an incomprehensible change. He retired João Félix, who was being the best of the match, for Correa, undoubtedly looking for the Argentine to uncheck. Perhaps also thinking about Sunday's derby and not wanting to wear the Portuguese down any more. Cunha also entered for Morata.

In the last five minutes the drama of Atlético was conceived. In the 84th minute a pass from Frimpong left Andrich in a good position and his first shot, at Grbic's long post, made it 1-0. The second goal came in the 87th. Hudson-Odoi knocked Mario Hermoso to the ground and opened for Frimpong's run, who put it flush at the far post where Diaby scored the final 2-0. There was no longer a mattress response and there were long faces. Atlético complicates the classification and will arrive at the derby sulking.