The 3 Nacions cycling tour brings together more than 2,000 cyclists 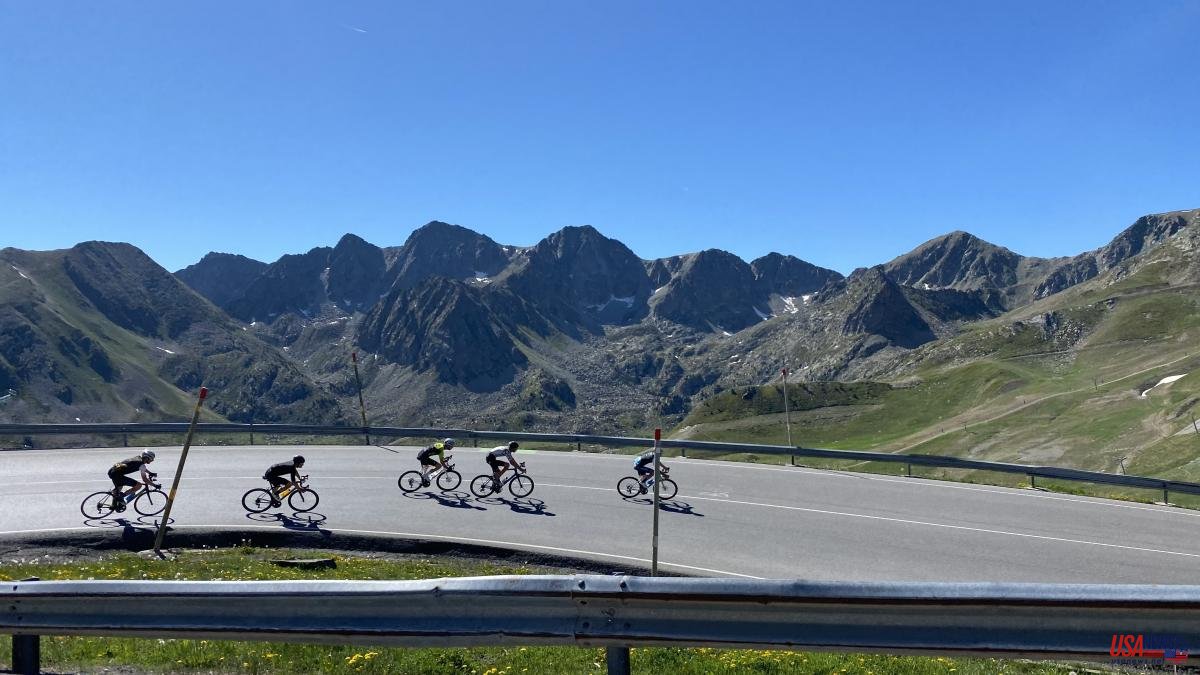 5:15 a.m. The alarm sounds. And in a moment we are on our feet. We know something big is coming. Something unique. Something called 3 Nations.

It's time to have a strong breakfast, without going overboard, but our legs will need gasoline. And this time, we will arrive in Andorra with a full tank.

7:30, very punctual, we press the start on our bike computer. Start the journey. An individual adventure but with a great collective feeling. The first 70 km, quite easy: riding in a group on gently descending terrain towards La Seu d'Urgell. Of course, a lot of tension in the environment. With the sun rising behind us and between whistles of brakes and beeps of the organization's motorcycles, we chased our own shadows, with much more pleasant temperatures than in previous editions.

And just before entering the principality, some were playing at being cyclists. Purito pressed on some section and put us all in line. So until the first cuts were made. Now we weren't chasing shadows anymore, now we were going all out for the cyclist in front.

Leaving Andorra la Vella we faced the first wall: 1.8 km at 6.5%, with peaks of 13. The point that we all had in mind: the start of Envalira. Silence. Only snorts and chain jumps were heard. And suddenly, WOW! All looking for the origin of the sound. Some tubular had exploded. And surprise to see who was affected. Aleix Espargaro. One of the icons was left out.

The second outstanding ramp, just past the Meritxell Sanctuary (1.3km at 9.5%), was also very hard. Standing on the pedals, with low cadence and pulling hard. That 10% looked like the Angliru. There was no way forward.

Soon we were in Soldeu, and then we were already facing the last corners. Sensing the end of the climb, the pace was increased, thus giving one last squeeze before a rapid descent along the eastern slope of the Port of Envalira, towards French lands.

Shortly after crossing the border, we found ourselves with the penultimate obstacle of the march: Porté-Puymorens. A very tricky slope, with a very wide road, which forced us to push the bike again.

And now yes, to roll. Like if tomorrow does not exist. Passing over, knowing that almost everything would be favorable ground. 30 km at a fixed gear to enter La Cerdanya again. And when fatigue accused more than one, we arrived at Puigcerdà, with the last challenge ahead. Little by little, at our own pace, we crowned the last climb before crossing the finish line.

Satisfaction. Hugs and smiles. Contrast sensations, times and watts with friends. While we had some soft drinks and some fruit to recover, we talked about the experience. And it still shined a sun of justice.

It was also the time to engrave our time on a medal. One of the countless details that the organization had with the more than 2,000 cyclists who enjoyed the 3 Nacions by BWT cycling tour.

We go. With a very good taste in the mouth. And legs. It shows that summer is coming and we are fine-tuning little by little. And on days like today, the motivation to continue training multiplies.

You can check the times here.