Real Madrid extended its dominance in the history of the Champions League by winning its fourteenth title after beating Liverpool 1-0 in Paris on Thibaut Courtois's great night that collided with Mohamed Salah's despair. 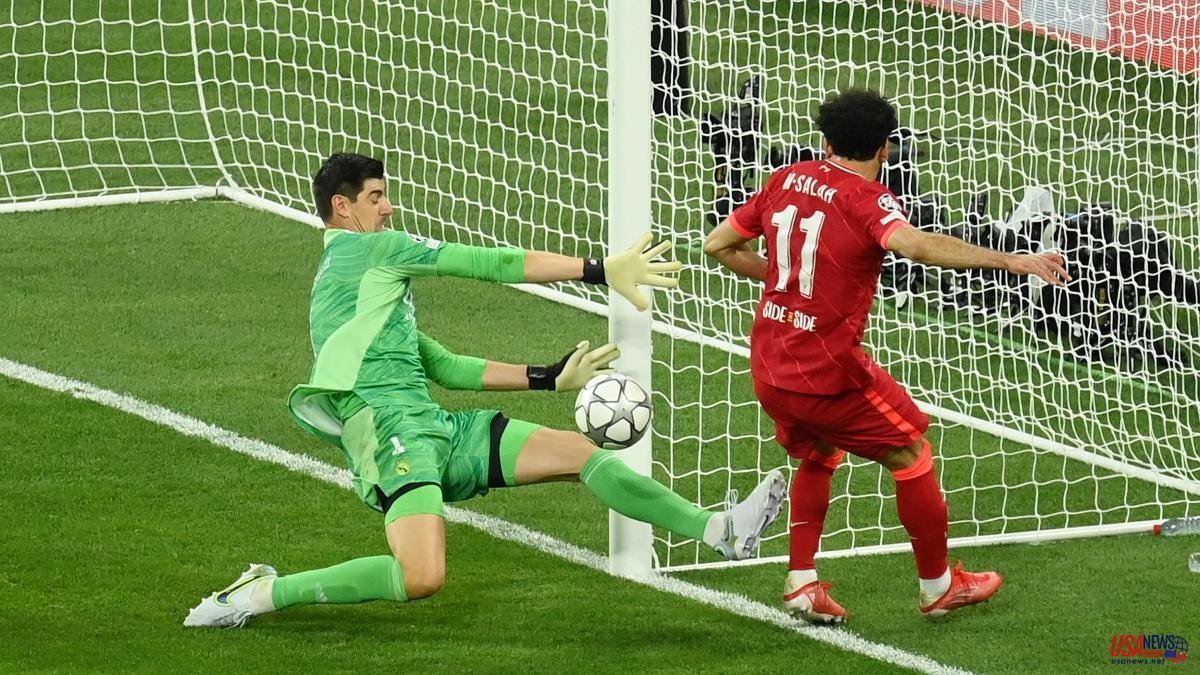 Real Madrid extended its dominance in the history of the Champions League by winning its fourteenth title after beating Liverpool 1-0 in Paris on Thibaut Courtois's great night that collided with Mohamed Salah's despair. The white team doubles in crowns to its first pursuer, Milan, which has seven, one more than Liverpool and Bayern Munich. These are the notes of the best players in the final.

It was the best. Decisive, as during the entire season, the Belgian stopped everything. He started by showing his infallibility by sticking out a big hand to stop a shot from Salah. He followed up with another shot from Mané and ended his performance by stopping another two shots from the Egyptian with his body.

It was difficult for the French striker to enter the game. He didn't appear until the 24th minute when he headed in a Vinícius cross forcing Alisson to intervene. In minute 44 he scored, but the goal did not go up for offside. When he came into contact with the ball, he showed the quality of it.

He was decisive in his first Champions League final. Although he was constantly watched by the Liverpool defense, especially by Konaté who deactivated him several times, the Brazilian managed to finish off a venomous cross from Valverde on empty net to score the only goal of the game.

It was his duty to annul Benzema. And he got it. The Dutchman transmitted calmness with the ball at his feet and solvency to cut long balls that were looking for the French attacker. He finished as a center forward, disputing many aerial balls. It didn't work.

There were fears for his starting job when he withdrew from the warm-up. But he signed a good first half, well positioned in midfield. He even dared with a timid finish. He was seen to be fatigued after the break and Klopp replaced him with Firmino.

He tried until the end but the Egyptian striker couldn't beat Thibaut Courtois' incredible reflexes. He controlled and made plays looking for Sadio Mané from his right side and finished three balls with his right cross almost perfectly. He ended up heartbroken.