In 2010 eight footballers trained at La Masia were world champions with Spain. 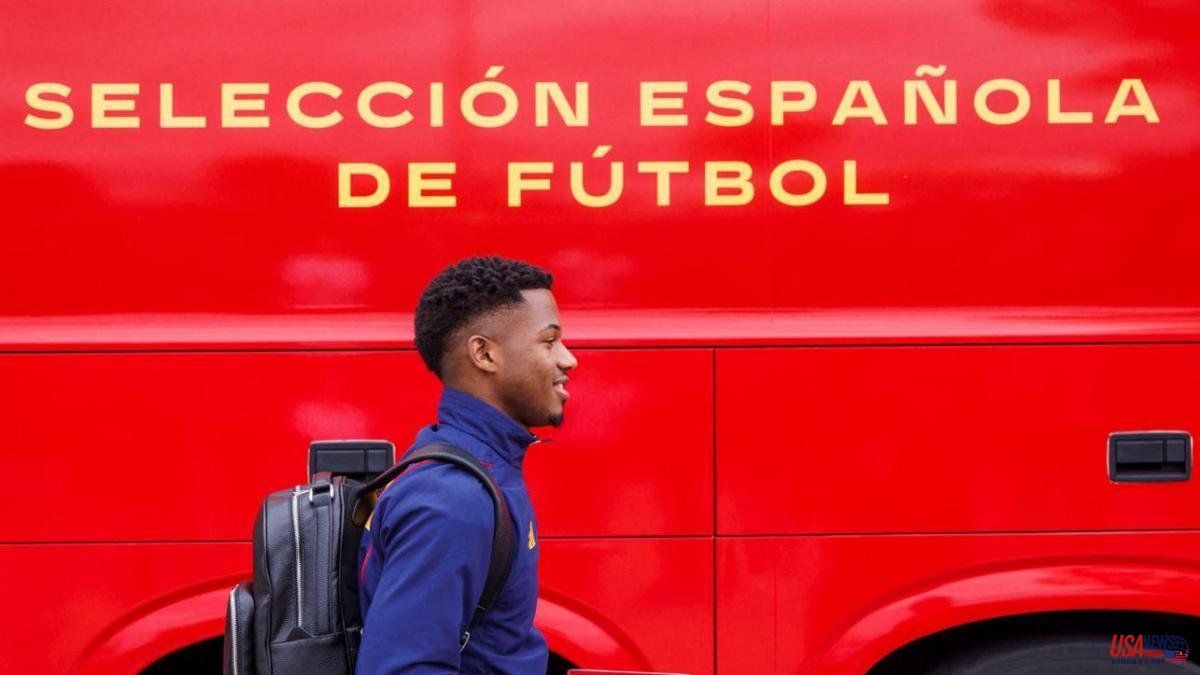 In 2010 eight footballers trained at La Masia were world champions with Spain. 12 years later, the Barcelona youth academy continues to leave its mark internationally. In Qatar there will be three coaches with a Blaugrana past: Luis Enrique Martínez, the Spanish coach who began his career on the bench in 2008 managing Barça B, and the brothers Félix and Fran Sánchez, coach and first assistant of the Qatari national team who also went through Barça youth and women's football. As for the players, there are 12 trained in the lower categories. If Araújo and Abde, who went through Barça B, are also included, the figure is 14 footballers. This data makes La Masia the youth academy with the greatest presence in the World Cup tied with Ájax. These are the 14 players that will be in Qatar.

Messi (35) will play his fifth World Cup with Argentina. The last of his career and his great pending subject. With Barça he won everything. With the albiceleste he won the last Copa América.

This course will be the farewells for Busquets (34). The captain of Barça and the national team will play his last World Cup, being the only one called up who knows what it means to win it. He has been at Barça since 2005.

In 1998 Jordi Alba (33) arrived at La Masia. Seven years later he went to Cornellà and in 2007 Valencia signed him. In 2012, while he was playing his first European Championship, Barça signed him. He has a contract until 2024 and the one in Qatar is his third World Cup.

Ansu Fati (20) arrived at La Masia in 2012. Born in Guinea-Bissau, he opted for Spain when in 2019 Luis de la Fuente called him for the Under-21. Luis Enrique thought about it but finally the '10' of Barça will be in Qatar.

After 10 years at La Masia, Eric Garcia (21) left for Manchester City in 2017. The central defender returned to Barcelona in June 2021. With Spain he has played in the Euro Cup and the Tokyo 2020 Games.

After seven seasons as a blaugrana Dani Olmo (24) decided to change scenery. Aleñá had more prominence. The midfielder with a goal went to Dinamo Zagreb and in January 2020 Leipzig signed him. With Spain he has played a Euro Cup, the Tokyo Games and the Nations League.

Born in Amsterdam, Xavi Simons (19) arrived at La Masia in 2010. After eight years he signed for PSG. It was common to see him training alongside Messi, Neymar and Mbappé, coming to play six times in Ligue 1 and another three in the French Cup. His look and his curls made him a media player who landed contracts with sports sponsors like Nike and hundreds of thousands of Instagram followers at the very young age of 14. After 3 years he left for PSV without leaving a single euro in the Parisian coffers. That of Qatar is his first international cap with the Netherlands.

Takefusa Kubo (21) arrived at Barça in 2011 and in his first year became the top scorer in the junior league with 74 goals. Victim of the FIFA sanction, he spent a year without playing. Real Madrid signed him but he never made his debut. He went on loan to Mallorca, Villarreal and Getafe and in 2022 he signed for Real Sociedad. He is international since 2019.

Real Madrid also wanted him but Paik (25) opted for Barça in 2009. In 2014, victim of the FIFA sanction, the midfielder had to limit himself to training with the youth A. In 2017 he terminated his contract and went to Girona. He went through Darmstadt in the German second division and in 2021 he returned to Korea after signing for Jeonbuk. He is international since 2019.

The Cameroonian goalkeeper arrived at Barça in 2010. He began the 2014-15 season as Juvenil A's starting goalkeeper but before he wanted to leave, he was transferred to Ájax in January 2015. On February 5, 2021, he was sanctioned to 9 months of professional disqualification by UEFA after having failed an anti-doping control. He left the Amsterdam team at the end of the 2021-22 season and on July 1 his transfer to Inter Milan became official. He is international since 2016.

The 24-year-old defender trained at Granada played on loan at Barça B in January 2018 until the end of the course. He currently plays for Hellas Verona.

Abde (20) joined the subsidiary last year but alternated matches with the first team. The winger, one of Xavi's favourites, has left this season on loan to Osasuna. The club shielded him with the fear clause that prevents him from taking on the Barça team. He debated between Spain and Morocco and finally opted for the latter. He will play his first World Cup after recovering from injury.

In 2018 Araújo joined Barça B. His camaraderie and effort have made him one of the most beloved players and a key player in the first team. He was injured in September during the break and had to undergo surgery but Uruguay has finally called him up to play their first World Cup.