From the recovery of figures such as Teresa Lanceta and Emma Kunz, to the landing of established figures such as Turner or Magritte, the year has also been generous in discoveries by artists little known to the general public but whose immense work seems destined to stay. 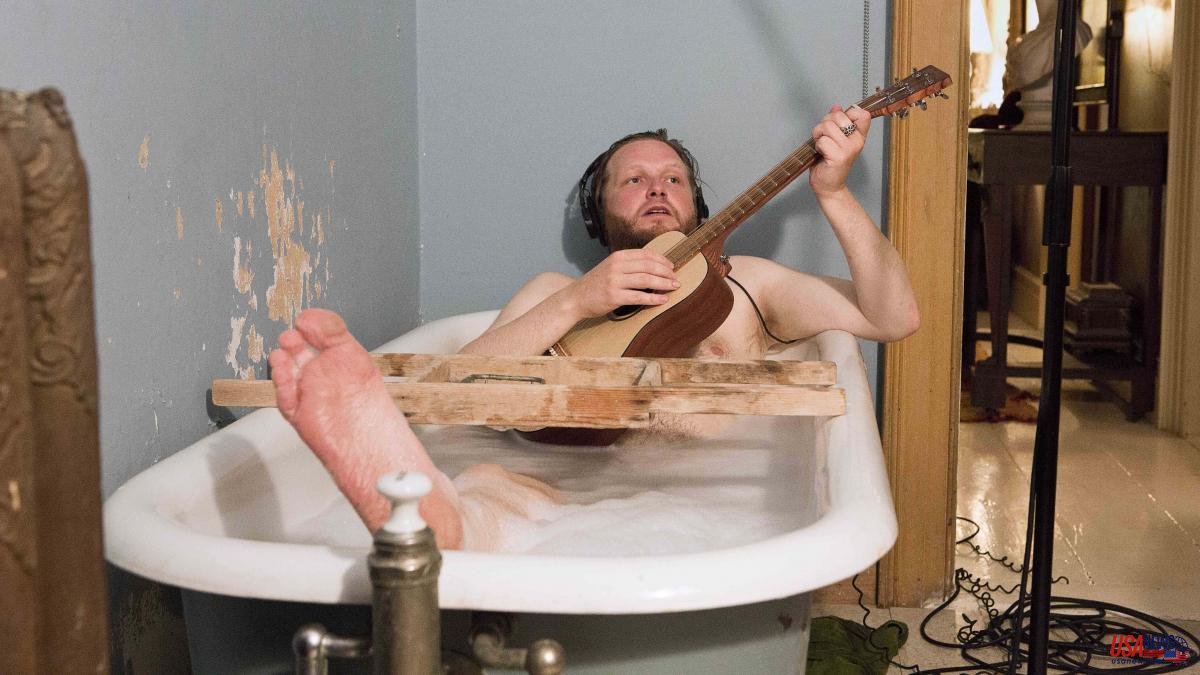 From the recovery of figures such as Teresa Lanceta and Emma Kunz, to the landing of established figures such as Turner or Magritte, the year has also been generous in discoveries by artists little known to the general public but whose immense work seems destined to stay. This is the case of Carrie Mae Weems or Ragnar Kjartansson. These are some of the most outstanding exhibitions of a 2022 in which Spanish museums have seen how the public returned to their rooms.

"If you were given the chance to change history, what would you do?" Carrie Mae Weems (Portland, Oregon, 1953), one of the most prominent and unique figures in contemporary photography, tries to answer that question with works that address issues such as race, gender, and class. She does not limit herself to documenting history, but rather rewrites it, inserting into it those others who were ignored, erased, denigrated or forgotten. Her exhibition in three venues (the KBr of the Mapfre Foundation, Foto Colectania and the Capella del Macba) bears the stamp of Elvira Dyangani Ose, her curator, and can be visited until January 15.

The face, the voice and the song are the elements on which he articulated Canción de Pedro Costa, an ambitious and impressive exhibition around the work of the prestigious Portuguese director, the one who has best explored the experience of African migrants in Europe. Five of the ten works shown, grouped into Songs to avoid suicide and Our voices will not sing anymore, were made expressly for La Virreina, which highlights the leap in scale that the center directed by Valentín Roma has been experiencing.

The National Art Museum of Catalonia (MNAC) celebrated the great visionary of the sea and the sun, JMW Turner (1775–1851), with a hundred works from the Tate. The rooms ignited with suns, turbulent seas, tumultuous skies, fires, shipwrecks and threatening waves. Apart from bringing closer the work of an artist difficult to see in Barcelona, ​​the museum managers had the right to complement it with a sample of drawings by Catalan artists (Marià Fortuny, Ramon Martí i Alsina, Baldomer Galofré, Nicolau Raurich, Antoni Fabrés or Jaume Morera) for those for whom nature was an essential theme, especially in the 19th century.

Important rescue of Francesc Tosquelles (Reus, 1912-Granges d'Òlt, 1994), a forgotten figure who revolutionized the psychiatric institution. “I am not a psychiatrist who treats the sick, I treat the madness that affects us all”, he defended, and accurately pointed out one of the great evils that afflict psychiatry: the fear of madness. The exhibition, curated by Joana Masó (author of the multi-award-winning Curar les institucions) and Carles Guerra, was shown at the CCCB and can currently be visited at the Reina Sofía (until March 27), from where it will travel to the American Folk Art Museum in New York.

Just arrived at the Museu Picasso, the exhibition celebrates the painter's marching humanism from a hundred works from the collections of the Center Pompidou in Paris. Rarely can one enjoy in Barcelona such an extraordinary collection of works by authors such as Picasso, George Braque Fernand Léger, André Masson, Paul Klee, Juan Gris, Gaston Louis Roux or the Catalans Josep Togores and Manolo Hugué, whom he sponsored. They all have their own room. It will be on the bill until March 19.

Chosen in 2019 by The Guardian as the best work of the 21st century to date, the immersive video installation The Visitors was the star of the exhibition that patron Francesca Thyssen dedicated to the work of the Icelandic artist Ragnar Kjartansson at TBA 21. The show included three other major works, including his first performance: the artist playing melancholic blues dressed as a medieval soldier six hours a day in an abandoned building in the middle of nowhere. In The Visitors, Kjartansson and his musicians, each from a different room –he from the bathtub–, interpreting a melancholic song, a hymn to love and its dissolution.

Death surprised Paula Rego (1935-2022) during the magnificent exhibition dedicated to her by the Museo Picasso Málaga. A set of 80 works, from the Tate Britain and curated by Elena Crippa. An acclaimed retrospective of the painter whom the critic Robert Hughes defined as the best portraitist of women's experiences, and who throughout sixty years has addressed topics such as fascism, abortion, tragedy and painful family relationships.

First retrospective exhibition of the textile master Teresa Lanceta (Barcelona, ​​1951) in a co-production of the Macba and the IVAM of Valencia that reviewed half a century of career marked by a constant: "The act of weaving gives me great freedom of thought ". A rescue operation that included more than 200 works among which, in addition to his gigantic tapestries, included paintings, videos, photographs, writings and collaborative projects.

Almost a quarter of a century after his last great retrospective that took place in Spain, at the Fundació Miró, the Belgian surrealist genius René Magritte (1898-1967) welcomed the year at the Museu Thyssen in Madrid, where almost a hundred works by the creator who claimed that his paintings were visible thoughts. The sample, with some variations, later traveled to CaixaForum Barcelona.

First exhibition in Spain of Emma Kunz, (1892-1963), who was never recognized as an artist during her lifetime. She considered herself a professional healer, researcher, and naturopath, with a holistic view of the world. Ten years after her death, when her drawings came to light, she joined the "outsiders" club, like so many women artists who embraced the spiritual. Time has finally proved him right: "My visual work is destined for the 21st century." Today it is claimed from the Kassel Documenta to the Venice Biennale, and in addition to claiming it, Tabakalera staged it, it exercises a growing fascination among contemporary artists.