Tennis warms up for the US Open on American soil

August 29 is the date indicated in the calendars of all the great tennis players, the last Grand Slam tournament of the year, the US Open. 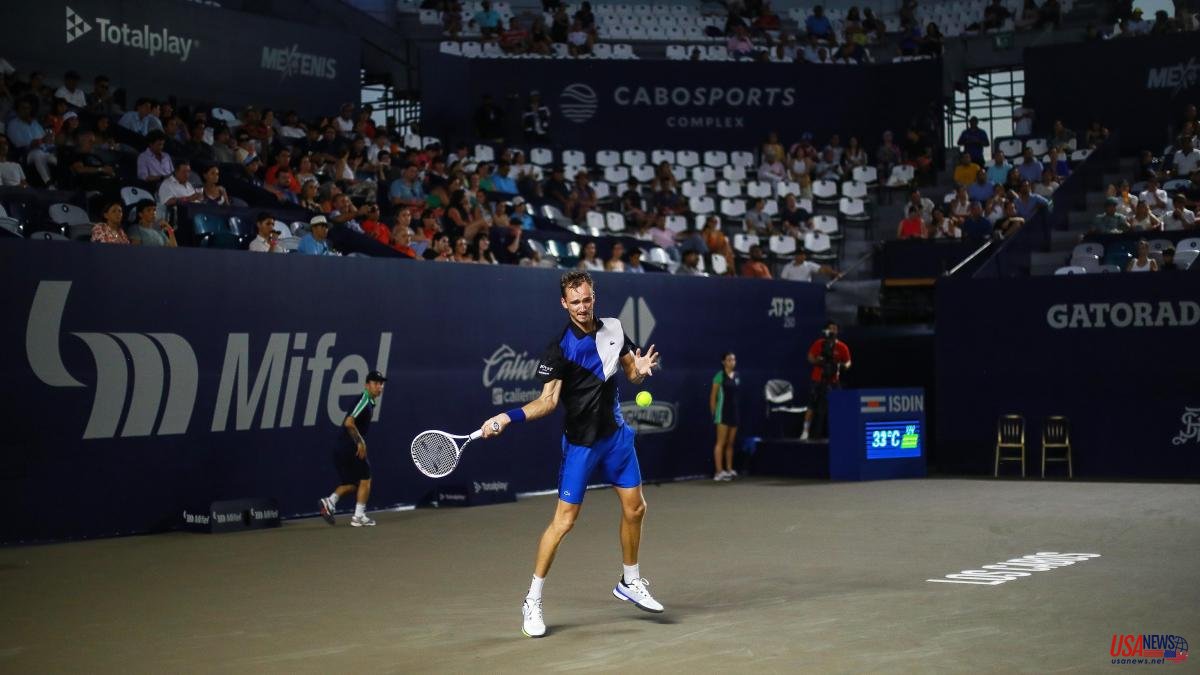 August 29 is the date indicated in the calendars of all the great tennis players, the last Grand Slam tournament of the year, the US Open. There will be several open fronts there, such as the foreseeable fight for number one in the ATP ranking between Rafael Nadal and Daniil Medvedev, the small possibility that Novak Djokovic will participate despite not being vaccinated against the coronavirus and breaking US regulations in this regard, the express recovery of Alexander Zverev or the revenge of Nick Kyrgios after his defeat in the Wimbledon final. Before, some of the biggest names get ready in the Americas, specifically in Washington and Los Cabos.

At the Citi Open, an ATP 500 tournament being played in the capital of the United States, the protagonist is not the tennis players, but rather the infernal weather. Temperatures always above 30º and storms with torrential rains that condition the future of the matches. Without going any further, three matches that were going to be played this morning had to be suspended due to the sudden appearance of a strong storm.

This affected Grigor Dimitrov-Sebastian Korda, in which the Bulgarian was in charge after winning the first set (6-4); Botic Van de Zandschulp-Frances Tiafoe, with an advantage for the Dutchman (6-4); and Nick Kyrgios-Reilly Opelka, where the Australian had suffered to score the first set in the tie break. The three games will resume this afternoon, in addition to another three corresponding to the round of 16. Andrey Rublev, Holger Rune and Daniel Evans start as favorites to go through the round and reach the quarterfinals.

Further south on the American continent, specifically in Los Cabos, Mexico, the city's ATP 250 tournament is already close to revealing its champion. In the early hours of Friday to Saturday, four tennis players will battle for two places in the final, which will take place the following morning. At this point, the table has been very competitive: in the semifinals are Daniil Medvedev, currently number one in the world; Miomir Kecmanovic, his rival, who occupies the 38th position in the ranking; Cameron Norrie, twelfth classified; and Felix Auger-Aliassime, ninth best player in the world according to the ATP.

The Russian tennis player, top favorite to beat Mexico, got into the penultimate round after beating Ricardas Berankis (6-2, 6-2). After his match, he expressed his ambition and his hunger to win what would be his first championship of the year: "After three finals, I want to win my title. That's the good thing about tennis, that every week is a new opportunity." He faces these matches with the need to beat his rivals, but he is aware of the difficulty of the challenge: "If I play good tennis, of course I am a favorite to win the title, but also Felix, Cameron and Miomir. When you face good players ten times, some times you will lose for sure".

Meanwhile, also on the American continent, the Canadian Masters 1,000 has confirmed Novak Djokovic's withdrawal due to the vaccination issue. The Montreal Open thus becomes the first major tournament of the North American preparation tour for the US Open to publicly announce its decision not to allow the Serbian tennis player to enter. The Masters 1,000 in Cincinnati will have the next word, but the precedent set in Canada further reduces Djokovic's chances of ending the year with a second Grand Slam victory.