The Ethiopian Tedros Adhanom Ghebreyesus has been re-elected this Tuesday as director general of the World Health Organization (WHO). 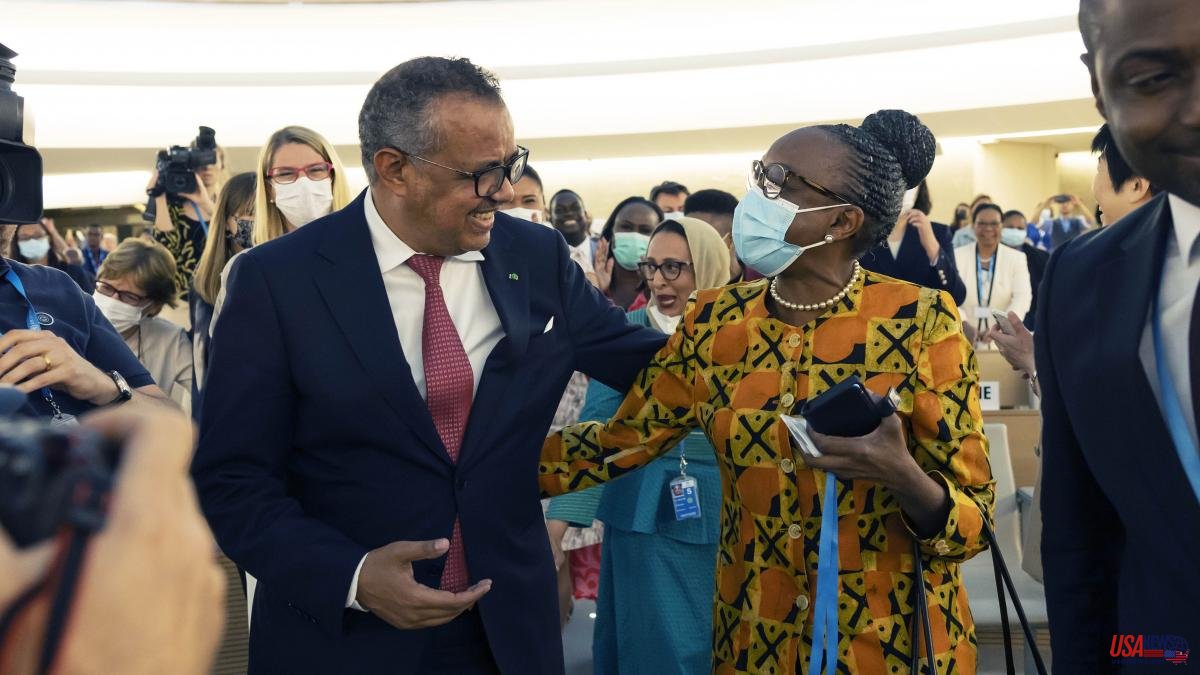 The Ethiopian Tedros Adhanom Ghebreyesus has been re-elected this Tuesday as director general of the World Health Organization (WHO). The first African to lead the organization has achieved a second five-year term in the annual assembly of the UN agency in a secret vote that was seen as a mere formality, since he was the only candidate to have presented himself for the position. . Nobody else wanted to challenge him at a time of so many difficulties after two years of the pandemic.

His re-election comes after Tedros, 57, has led the organization during the most turbulent stage in its history, in which much criticism has rained down on him for his leadership of the health emergency. Donald Trump cut the funding on the grounds that he had mismanaged the pandemic and had a political bias in favor of China.

Others accused him of having underestimated the seriousness of Covid-19 and of having been complicit in Beijing's cover-up. But he doesn't like him at all in China either, after he recently criticized the "zero covid" policy applied by the regime, which is fighting a new outbreak with harsh confinements in metropolises with millions of inhabitants. Chinese Foreign Ministry spokesman Zhao Lijian called his words irresponsible.

A specialist in malaria, a diploma in immunology and a doctor in community health, Tedros was Minister of Health and head of diplomacy in his country. At the opening of the 75th World Health Assembly, which brings together the member states of the organization in Geneva, the director general defined himself as "a child of war", recalling his childhood marked by having to hide under the missile bed. Right now his work is also focused on the wars in Ukraine and Yemen, and he has visited bombed-out Ukrainian hospitals. "Peace is essential to health," he said.

His new term will officially start in August and can no longer be renewed, according to internal WHO rules. His main challenge will be to bolster the agency with more funding to better prevent and manage pandemics in the future.

"The world needs a stronger, more empowered and better financed WHO," said the Ethiopian during his speech before more than a hundred health ministers from around the world. “There have been numerous calls to change the organization, and there is no question that the organization needs to change,” he acknowledged.