Technical tie between Melenchon and Macron according to the first polls

The results of the first round of the French legislative elections, held this Sunday, draw a complex scenario. 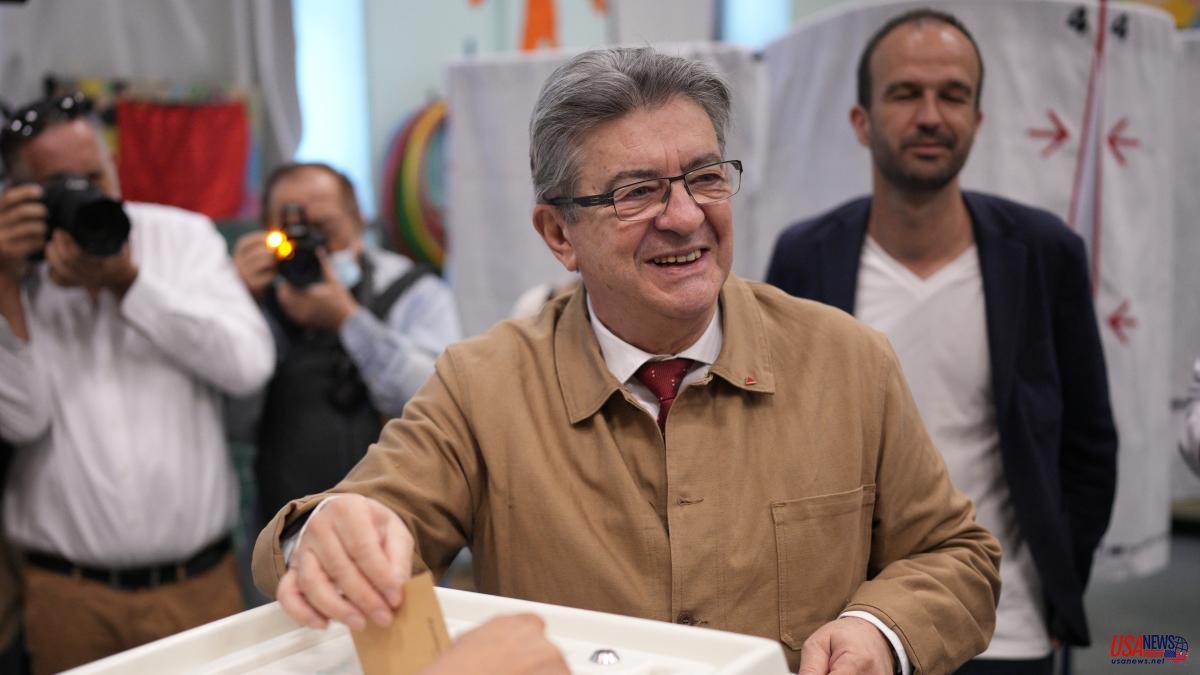 The results of the first round of the French legislative elections, held this Sunday, draw a complex scenario. According to the first projections, the left-wing coalition led by Jean-Luc Mélenchon, the New Popular Ecologist and Social Union (Nupes), has won by the minimum number of votes (26.1%), compared to 25.6% for Ensemble ( Together), the alliance that supports President Emmanuel Macron. However, it is expected that in the second round the macronistas can obtain between 275 and 310 seats (the absolute majority is at 289), compared to between 180 and 210 deputies for Nupes.

The fact that Macron's supporters came second, just six weeks after the Elysée tenant was re-elected for a new five-year term, is a political blow for the head of state. He shows that his political situation is not very strong and that he will have a hard time imposing his program. However, the important thing is the outcome of the second round, in which the voters will have to choose between the first two classified in each of the 577 constituencies. That will inevitably cause a transfer of votes.

For Mélenchon, the elections have already been an important moral victory and a reward for the unity achieved on the left. Even if he does not achieve his goal of being the next prime minister, his parliamentary strength will give him influence and the ability to mobilize on the street to wear down Macron and try to stop some of his initiatives.

The Republicans (LR, right) have remained at 11.3%, which will give them, always according to projections, between 40 and 60 deputies, who could be decisive in the event that Macron does not reach an absolute majority. Marine Le Pen's National Rally (RN), with 19.2% of the vote, will come up against an electoral system that, in the second round, will greatly reduce its chances. It is estimated that it will have between 10 and 25 deputies (now it had only 8).

These elections have shown the democratic fatigue of the French, who have already voted three times since April 10 and show signs of disinterest. Abstention, according to the projection of the Ifop institute, has reached 52.5%, a historical maximum. In these circumstances, the ability to mobilize each other in the second round will be more decisive than ever for the outcome.

The fate of fifteen members of the Government, including the Prime Minister, Elisabeth Borne, depends on these elections. They are those who have presented themselves to the elections. If they do not get a seat, they will have to give up the portfolio because it will mean that they have been politically delegitimized.

Macron cast his vote in the coastal town of Le Touquet-Paris-Plage, in the Pas de Calais, where he is registered. There he owns a house, a few hundred meters from the beach, his wife Brigitte, who inherited it from her parents. Mélenchon voted in Marseille, where he was an outgoing deputy. Le Pen did it in Hénin-Beaumont, a stronghold of the National Regroupment, in the Pas de Calais, his constituency. French parliamentary elections, a few tenths less than the left of Jean-Luc Mélenchon, according to the Belgian newspaper La Libre, citing two exit polls.

The newspaper assures that it is estimated that the New Popular Ecological and Social Union (Nupes) of Mélenchon would have obtained between 25.7% and 25.8% of the votes.

The polls also estimate that Marine Le Pen's far-right National Rally would have obtained between 18.5% and 19.3% of the vote, and the right-wing Republicans between 11.6% and 14%.