Tebas returns to the fray: "For PSG a 10 million fine is a coffee"

The president of the Spanish LaLiga, Javier Tebas, wants immediate and dissuasive sanctions against Paris Saint Germain (PSG), and also sports ones, because he believes that those imposed by UEFA for breaching the rules of financial fair play, due to their amount and due to their progressive nature, they do not work. 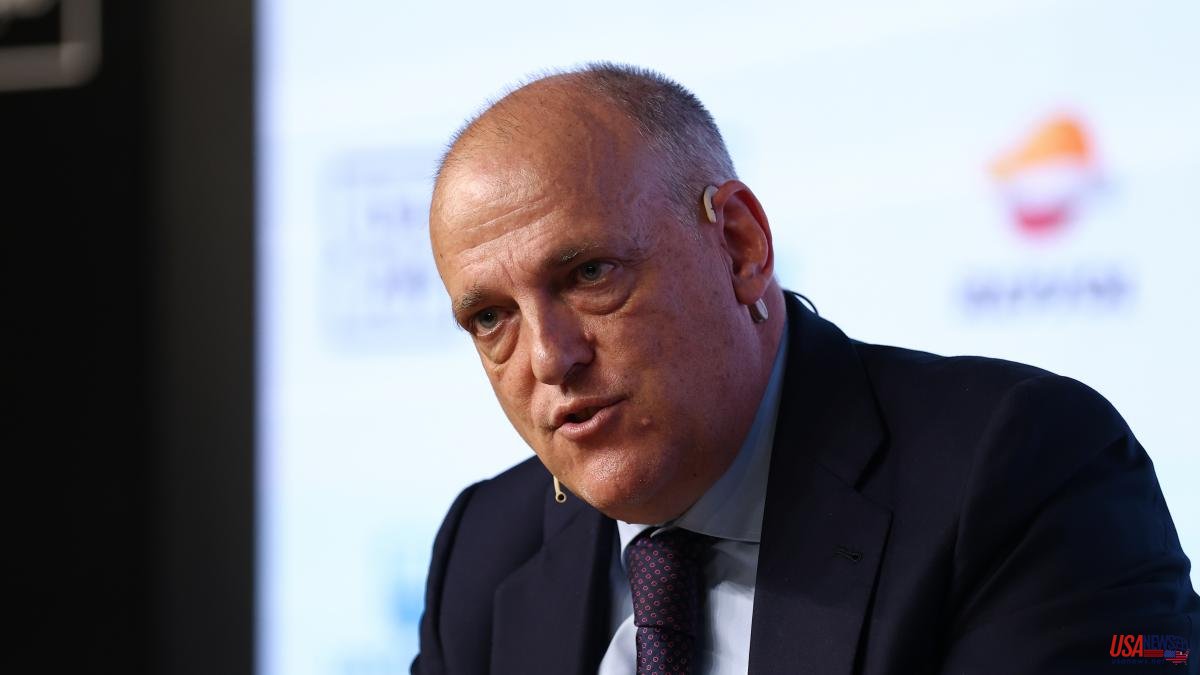 The president of the Spanish LaLiga, Javier Tebas, wants immediate and dissuasive sanctions against Paris Saint Germain (PSG), and also sports ones, because he believes that those imposed by UEFA for breaching the rules of financial fair play, due to their amount and due to their progressive nature, they do not work.

In an interview published this Wednesday by L'Équipe, Tebas insists that "we must sanction from now on" because the fine of 65 million euros that UEFA imposed at the beginning of the season does not work, of which 55 million are exempt from compliance except in case of recurrence. In this regard, he points out that "10 million euros for PSG and (its president Nasser (Al Khelaïfi) is a café". That is why he insists that "the sanctions have to be dissuasive and also affect sports".

He calculates that in the last six or seven seasons the club from the French capital has lost 1,000 million euros and in this way "breaks the ecosystem of European football". "How can the other clubs compete with one that loses €1 billion?" he asks rhetorically before replying that "it's complicated".

UEFA's financial fair play rules stipulate that in order to guarantee a certain fairness in the competition, teams have to guarantee a balance between income and expenses, which largely come from player chips. But the PSG is criticized for skipping those rules because behind its owner, the Qatari sovereign wealth fund, is the State of Qatar for which profitability in terms of notoriety and influence are above economic profitability.

Tebas is convinced that "it is impossible" for the French club to bear the cost of signing Kylian Mbappé under the current rules. When asked about the 630 million euros that have supposedly been fixed in the contract signed last summer with Mbappé for three seasons, according to figures revealed last weekend by the French press and denied by PSG, the president of LaLiga ironizes first.

"It was known that for Mbappé to continue at PSG he would have to pay dearly. But knowing Al Khelaïfi, it seems little to me... He has no limits to fulfill his objectives. PSG and Al Khelaïfi have shown that money is not his problem. If they had to give 200 million more to Mbappé, they would have given it to him."

In his opinion, the economic dispute between the BeIN company (owned by Al Khelaïfi himself) and LaLiga derives from his complaints against the PSG president. Specifically, Tebas criticizes BeIN that of the 60 million euros it had to pay since August 15 for the broadcasting rights of the Spanish league abroad, they have only received 10 million. "I guess they do it by saying: 'Since you behave badly towards us, Javier, and you act like a bad boy by criticizing PSG, we're going to stop paying you,'" he says.

Tebas defends himself from being condescending towards Real Madrid and Barcelona, ​​which, like other big clubs, defend the European super league project that would compete with the Champions League. He underlines that he is "the most critical" of the two Spanish teams and that he has told their presidents that what they do is "worse than club-states like PSG or Manchester City."

"They could criticize me -he adds- if LaLiga supported them. As the French League does with PSG. The only European league that acts with UEFA to legally defend the interests of European football is LaLiga".