The president of the Professional Football League (LFP), Javier Tebas, called this Saturday in Almería for the resignation of the president of the RFEF, Luis Rubiales, due to the cases of "corruption" that, according to what he stated, "there is clearly in the top leaders of the Federation, not in the institution," he specified. 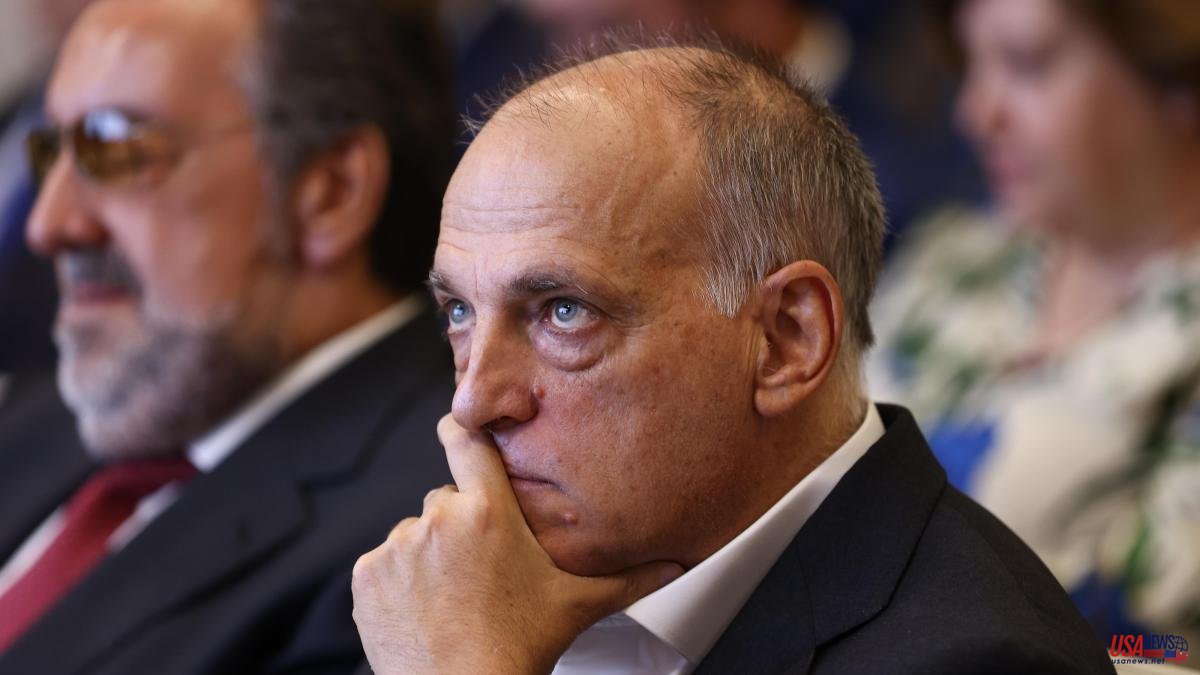 The president of the Professional Football League (LFP), Javier Tebas, called this Saturday in Almería for the resignation of the president of the RFEF, Luis Rubiales, due to the cases of "corruption" that, according to what he stated, "there is clearly in the top leaders of the Federation, not in the institution," he specified.

After the XVIII National Congress of Supporters Clubs organized by Aficiones Unidas in Almería, Tebas told journalists that "corruption is not only an economic issue, corruption is an abuse of power", while presenting a list of actions by the leaders of the Royal Spanish Football Federation that, in his opinion, fall within that concept.

"Corruption is hiring detectives in charge of the Federation, sending me to its deputy secretary general (Miguel García Caba) to record me, to record the Secretary of State for Sports and the Minister. All that is corruption in the field general of the word, it is not only corruption, which there is, with the issue of the Super Cup in Arabia", he argued.

According to the president of LaLiga, who on June 7 announced a lawsuit against García Caba for libel and slander after pointing him out as responsible for an alleged plot against Rubiales, "there is clearly corruption in the top leaders of the Federation, not in the institution" , he pointed out, the latter aspect with which he believes that "they are trying to confuse".

"Everything that has been declared by people who have been in the Federation and what has been denounced by the Higher Sports Council, which I do not know what legal advice they have, is incredible. It is impossible that that, at least, had to have happened to the Administrative Court of Sport," said Tebas, who does not understand how this has not happened.

The top leader of LaLiga argued that the problem is that Rubiales and his team "do not accept criticism", and before "everything he is saying that they put in the note, that if I tried to buy employees" and other extremes, he reiterated " to take out the full tape" of that recording, something that he specified that he has been "requesting for 30 days".

"Let's see what happened on the tape. There we will see what happened in that meeting, what happens is that they don't take it out because they know that it wasn't as they say and that other important things were discussed," stressed Tebas, for whom " manifestations or personal defenses cannot be covered under the Federation logo".

He defended that he does not do that "never in LaLiga", but uses his personal accounts to express himself, "but the Federation takes a note", when he stressed that the RFEF "is above its leaders and is an institution" to which respect "very much". "Another thing is that their leaders have no respect for the clubs, the players, all of us who make up the Federation," insisted the president of the LFP, who also referred to the resolutions adopted by the Court of Arbitration for Sport (TAS ) regarding the sanctions not applied against Paris Sant Germain for financial fair play. In this regard, he assured that "there was order, but this Court does not work as it should and a radical change is needed", and added: "the TAS does not work; I refer to the facts".

Regarding his scuffles in the past with Almería and his management, he made it clear that "Almería is not a State club", which is one that does not have "loss limits because they do not give a damn about losing money", since the Almería "He submits to the economic control of Spanish football", so his "losses are controlled" and "he has to have expenses according to his income".

Tebas also spoke about the games to be played in November and December and the possibility of going to Turkey during the break for the World Cup in Qatar, a winger who said that they are "finish assessing". "We are looking for the United States and Mexico because of the time issue, because when it is possible to play there there will be no World Cup match times, and in Turkey some possibility is emerging," he said, in addition to announcing that in these possible tournaments "there will be neither Real Madrid or Barcelona", nor their internationals.