Tchouaméni: Strength at the price of gold

The fourth most expensive signing in the history of Real Madrid is not a net-breaking striker, nor a supersonic winger nor a playmaker magician. 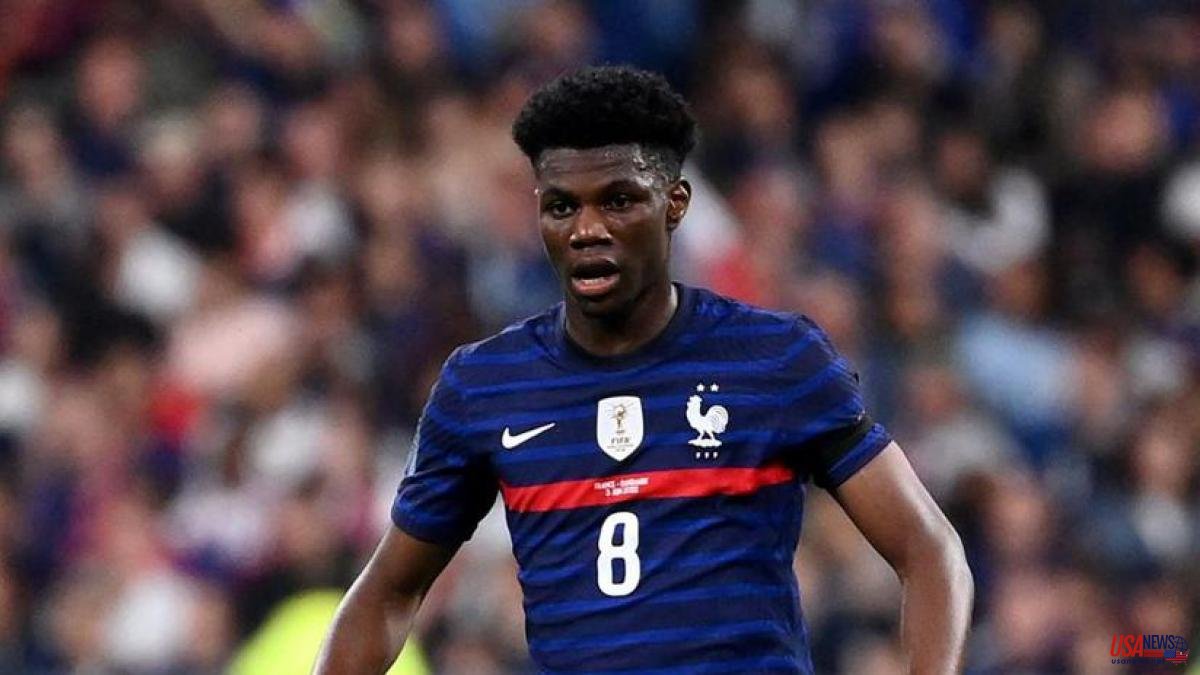 The fourth most expensive signing in the history of Real Madrid is not a net-breaking striker, nor a supersonic winger nor a playmaker magician. No, the fourth most expensive signing in the history of Madrid is from this Saturday the French midfielder Aurélien Tchouaméni. A physical wonder of 22 years, 1.85 meters and 80 kilos who arrives from Monaco for the not modest price of 80 million fixed euros plus about 20 in variables, according to calculations by various French media such as the AFP agency. The clubs have not provided figures but the fixed amount already places him only behind Hazard (160), Bale (101) and Cristiano Ronaldo (96). Therefore Madrid has incorporated strength and youth throwing the house out the window.

The white team had rejected for this summer the landing of Tchouaméni, who will be presented on Tuesday and who will sign for six seasons. However, Mbappé's decision to stay at PSG reactivated Madrid's interest in the midfielder, who was also wanted by the Parisian team and Liverpool. By not having to make the investment to pay striker Florentino Pérez's salary, he had a checkbook to allocate a part of what he was going to pay for the attacker to other necessities.

This is the second signing of this market for Real Madrid after that of central defender Antonio Rüdiger, who arrives for free at the end of his contract with Chelsea. One cheap and the other expensive, but both with muscle as the main feature to give the Madrid team more energy and rhythm. With this move, Madrid believes that the future of its midfield is guaranteed and is preparing to take over from the historic Casemiro (30), Kroos (32) and Modric (36), who have just been renewed for one season. To enter and win the future, Ancelotti's team already has Camavinga (19), who arrived a year ago, the more consolidated Valverde (23) and Tchouaméni (22).

He is a footballer very much from the French school of the last 25 years. With stride and ability to run up and down. In the style of Paul Pogba, with whom he has made very good friends, although he is presumed to have greater tactical intelligence. “He is not a child, he is already a man and he is very talented”, praises Pogba, who awaits his destiny in this market. "It's like a sponge. He is acquiring everything that is told to him, ”says Niko Kovac, who trained him at Monaco.

In Madrid they see Tchouaméni, who telephoned former soccer player Patrick Vieira to ask for advice, as the ideal substitute for Casemiro due to his ability to recover balls (almost seven per game). However, in his short career he has not yet played as a defensive midfielder, but rather embedded in a dual pivot system, with freedom to go on the attack. In the last season he played 50 games and scored 5 goals, a regularity that has earned him the confidence of the French coach, Didier Deschamps. He has worn the bleus shirt eleven times and with France he celebrated the title in the 2021 Nations League.

Formed in the Girondins school, a club that captured him at the age of 11 and in which he was burning stages in the lower categories until debuting in the elite at 18, he aroused the interest of Monaco two and a half years ago. The whole of the Principality disbursed 20 million for him. An important bet that has gone well for him because he has been in the ideal eleven of Ligue 1 for the last two courses, he has been the undisputed starter and now they sell him for at least four more times. The transfer to Madrid also takes a good pinch (about six million) Girondins, who had the right to receive 10% of a future capital gain. He is still a promise but he has already moved a lot of money.