Tavares destroys Barça and offers the League to Real Madrid

Barça ceded its throne as champion of the Endesa League to Real Madrid after falling in the fourth game of the final, overshadowed by the figure of the undisputed MVP Walter Tavares, a merciless executioner for the azulgrana. 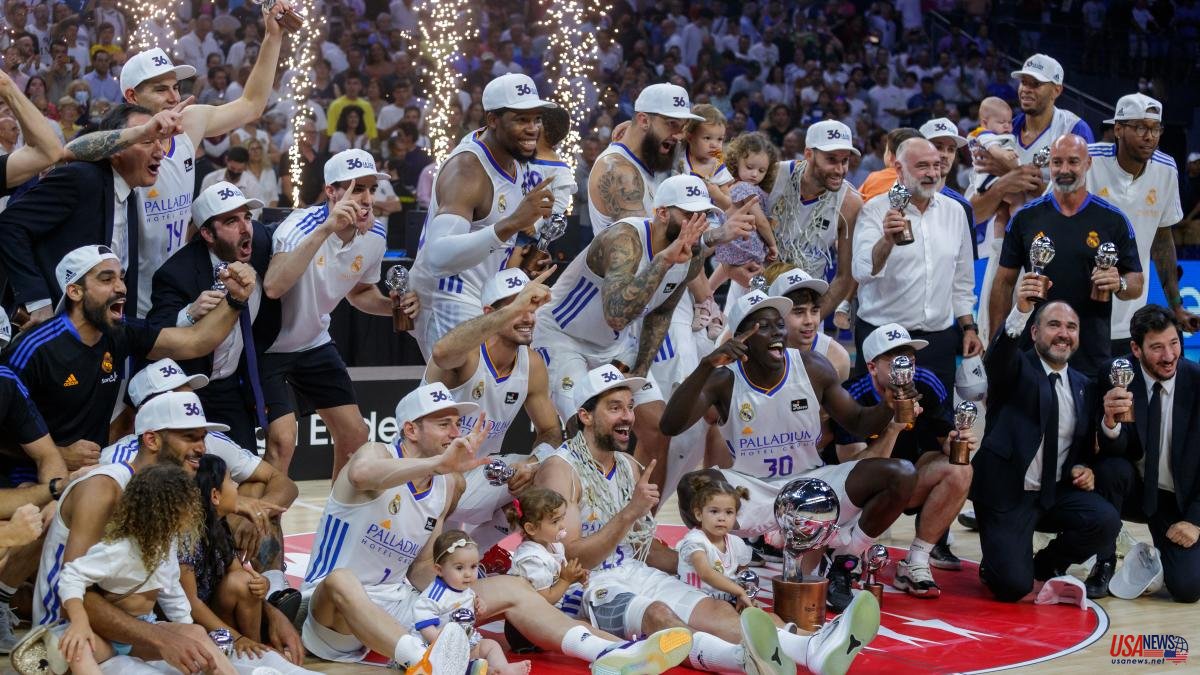 Barça ceded its throne as champion of the Endesa League to Real Madrid after falling in the fourth game of the final, overshadowed by the figure of the undisputed MVP Walter Tavares, a merciless executioner for the azulgrana. But the problems of Jasikevicius's men go far beyond his shortcomings in the paint, a very deteriorated version of his in the final stretch of the season for reasons that are difficult to decipher and that must now open a process of reflection in the section.

The taste in the Barça ranks is more bittersweet than ever, ending the season with the Cup title but falling to Real Madrid in the final four and in the League, with little room for response. Difficult to understand after the superiority shown against the main rival in Jasikevicius' first year and a half on the bench.

Already in the first quarter all the ghosts of Barça appeared. The bleeding of the rebound that has weighed down the azulgrana throughout the final acquired biblical proportions, the whites signing just the same as all their rivals in attack (7) in those first ten minutes. Tavares, moreover, looked like a Goliath surrounded by Davids without slingshots and with 13 points he went to the break again as the Barça black beast. As he passed, he also left Davies and Sanli loaded with fouls, forcing Smits to multiply like five in what could have been his last game as a Barça player.

The beginning of the duel was nightmarish. Causeur from outside signed a 7-0 that advanced the party at the WiZink. But Barça did not plan to give up their throne so easily and at least they showed their faces in the last game. His attacks began as a disaster but his defenses were almost marvelous, and little by little he leveled his strength, already showing his success from the triple, which served him to be in the game until the last quarter, where his 1/7 destroyed what was being his best stat.

When it seemed that equality had finally landed on Calle Goya, Real Madrid stepped on the accelerator as if fleeing from death and Rudy closed an 11-0 run to start the second quarter (24-10, m 13). But Barça continued to believe in their chances and hit the white morale with triples to get closer in the light. Of course, the recital of the whistle with an old flavor had already begun, home arbitration of those before yesterday (17 to 25 in personal fouls at the end). Barça did not complain and they did well, not to go down in the mud like Madrid did after the second round.

Tavares started the second half with the same voracity he had shown in the first but, tired, he asked for a change and offered a truce that Barça took advantage of to get their first lead of the afternoon (55-56). But a last quarter of those seemed drawn to remember, Barça began to miss three-pointers and Causeur decided to join Tavares' party and, this time, put an end to Barça's resistance. The league is white again and Pablo Laso celebrated it like one of the others. That is good news.