The other night, the great Iván Pedroso (nine times world champion in length, between indoors and outdoors, between the nineties and the beginning of the century) entered a pub in Eugene and a former American middle-distance runner looked at his accreditation and told him:. 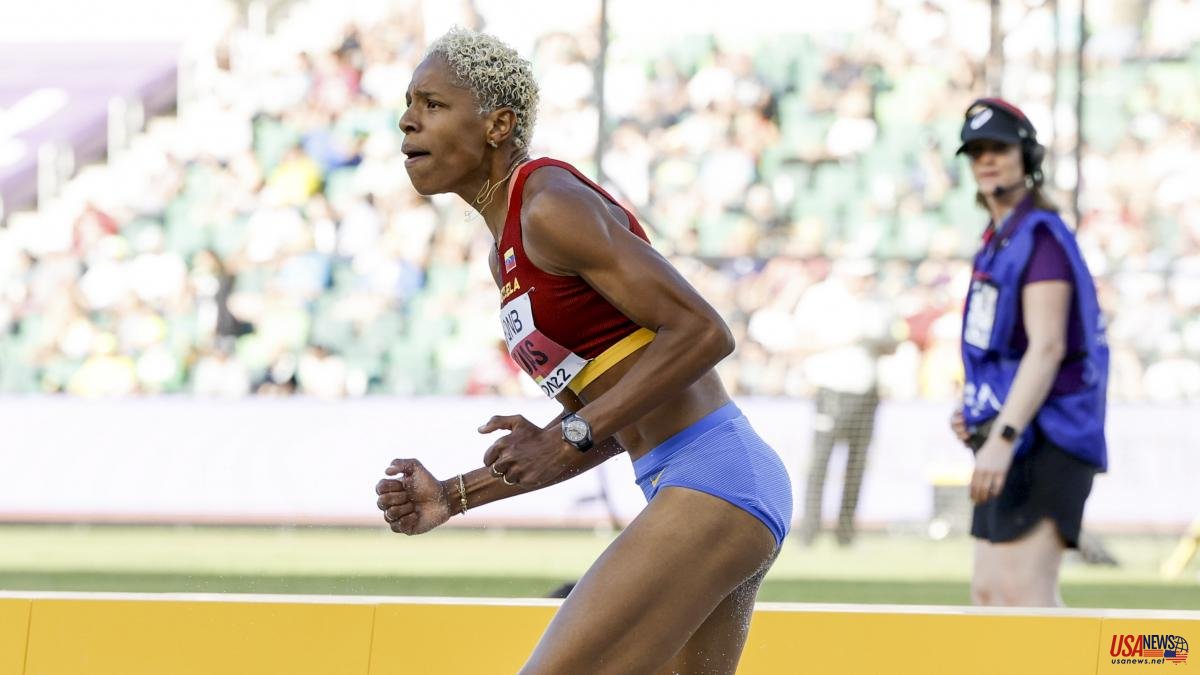 The other night, the great Iván Pedroso (nine times world champion in length, between indoors and outdoors, between the nineties and the beginning of the century) entered a pub in Eugene and a former American middle-distance runner looked at his accreditation and told him:

"I am," replied the legend.

And suddenly, a cloud of onlookers enveloped the Cuban, a delicacy for mythomaniacs, for lovers of athletics.

And come on, to the mess.

Yulimar Rojas (26) is not particularly mythomaniac.

So one day in 2015, when he already appeared in the world Top 10 but had not yet exploded and lived in Pozuelos, a modest town of 160,000 inhabitants on the north coast of Venezuela, Rojas opened Facebook and sent Pedroso a message.

-You are the greatest in history, the king of length, and I would like you to train me.

And Pedroso, already a talent coach in Guadalajara, a stone's throw from Madrid, replied:

I see in you a diamond in the rough.

And that's how it was.

Yulimar Rojas left Venezuela, got on a plane and appeared in Madrid's Guadalajara.

And so a legend and a brand were forged.

The legend is Yulimar Rojas, universal record holder, triple jump Olympic champion in Tokyo (2020) and, from now on, triple world champion (this Monday in Eugene she went up to 15.47m, more than half a meter above the 14.89m jump). Jamaican Shanicka Ricketts).

And the brand is itself.

As an avatar, we catch her parading long and powerful (she's 1.92m tall) around the running tracks, with her tapering legs and short dyed blonde hair, and then celebrating her successes with energetic, electric compulsion her every time she appears on the corridor and flies, one-two-three, to land fifteen meters further on, very far from the table and very far from the rivals, who are satisfied with admiring her from a distance.

What a diamond in the rough, what a clinical eye this friend Pedroso.

And how the people of World Athletics rub their hands: the price of a registered trademark like Yulimar Rojas's is incalculable.

Rojas is the princess of Latin American athletics, and a blessing for the little mythomaniacs of our country: she poses for them in the municipal stadiums she visits after putting on the uniform of Barça, her club.

He offers himself for selfies, signs autographs until the tracks close, laughs and hugs and dances and puts on his show: he understands that not everything is about running more than others, throwing further, jumping higher.

You also have to create a message, help others, be honest and free yourself.

"I come out of poverty," he says, and shows us the home of his childhood on social networks. I am the third of six siblings. My biological father had left for the United States when I was a one-year-old. It was hard for us to eat or buy diapers. My mother, a secretary in a prefecture, was an exemplary fighter. Now it is the most beautiful thing in my life. The whole family lives in the apartment that I bought for them.

And while she parades Hayward Field, other legends star in multiple prodigies in Eugene's afternoon.

Fred Kerley, the fastest man on the planet, challenges Noah Lyles and Erriyon Knighton in the first round of the 200.

Sufiane El Bakkali, Olympic champion in the 3,000m steeplechase, extended his reign by winning the world title, after running the last km in 2m32s (for 8m25s13; the Spanish Dani Arce finished ninth and Sebas Martos, 14th).

Nafissatou Thiam, double Olympic champion and now double world champion, squeezes herself in the last test, the 800m, to snatch the gold from the Dutch Anouk Vetter (and Claudia Conte caresses the Spanish record, being ninth with 6,194 points, against the 6,304 of María Vicente, absent in Eugene due to injury).

And the Kenyan Faith Kipyegon prolongs her dynasty of 1,500 (joins her second title to her two Olympic golds) by winning the dizzying race proposed by Gudaf Tsegay, silver at the end: Kipyegon marks 3m52s96 and Marta Pérez finishes 11th, in 4m04s25 .

-It made me very angry, because the race went too fast from the first lap. It has been like a great meeting, but my legs have swollen and I have not been able to enter the fight anymore -says Pérez.