Tangentopoli, the case that raised Berlusconi and encouraged populism 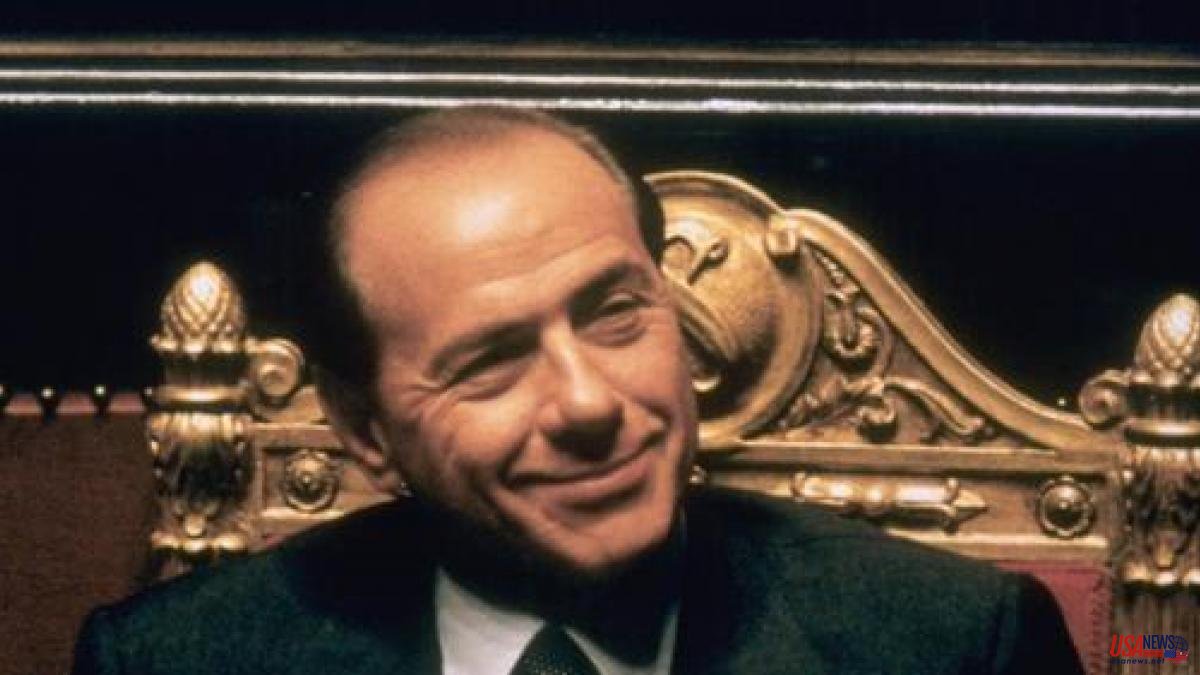 “Betrayal”, “Shame”, “Blind, deaf and suicidal”. The main Italian newspapers did not believe that Parliament refused to open the way to the prosecution of the socialist leader Bettino Craxi for a serious case of widespread corruption in the political class and illegal financing of parties that had broken out in 1992, but for which the former prime minister had not yet had to give an account in the convulsive spring of 1993.

The Tagentopoli case, which could well be translated as bribery, ended with the Manos Limpias judicial process, in which numerous cases of buying and selling of all kinds of favors came to light, which transcended administrations and parties, and which ended with Craxi sentenced to 27 years in prison that he did not serve, as he fled to Tunisia never to return.

But above all, it ended with the absolute social disrepute for traditional politics, which was evidenced in concentrations in various cities, especially in the one in Rome where coins were thrown at the deputies. A malaise that also forced the holding of a referendum that same spring after an intense popular campaign that demanded an electoral reform (supported by 82.4% of voters) and, above all, with the financing system of the parties (a 89.9%).

In this scenario, the new emergency government, led by the governor of the Bank of Italy, Carlo Azeglio Ciampi, was born with extreme weakness and the mandate to call new elections that would fulfill the citizen mandate of reform and inaugurate a "new" Republic.

It was the moment of Silvio Berlusconi, communication tycoon and popular president of Milan, who decided to inaugurate a new policy based on the failure of the traditional model, with an easy and transversal message, addressed to an electorate eager for new models and new faces. The name of his formation, Forza Italia, could not be a clearer statement of intent. Political populism had just been born in pure states, more current than ever, in Italy and throughout Europe, three decades later.

How could it be otherwise, the new leader presented his project through his own television channel with a speech in which he presented himself as a winner who resigned from his business positions -but not his property- to put himself at the service public. It is the speech that we offer in its entirety.

Berlusconi won the 1994 elections, although his Executive did not reach the age of a year due to the departure of the Northern League, a formation with which he governed in coalition. But between 2001 and 2006 he linked two consecutive governments. His political model, like the scandal that raised him, has also transcended ideologies and even countries.

“Italy is the country I love. Here I have my roots, my hopes, my horizons. Here I learned, from my father and from life, my job as an entrepreneur. Here I learned the passion for freedom. I decided to jump into the arena and deal with public affairs because I don't want to live in an illiberal country, ruled by immature forces and by men closely linked to a politically and economically bankrupt past.

”To take this new life option, today I have to resign from all the corporate positions of the group I founded, so I am resigning from my role as publisher and businessman to put my experience and all my commitment at the service of a cause in which I believe. with absolute conviction and with the greatest firmness.

”I know what I don't want and, together with the many Italians who have trusted me all these years, I also know what I want. And I also have the reasonable hope of being able to achieve it, in a sincere and loyal alliance with all the liberal and democratic forces that feel the civic duty to offer the country a credible alternative to the government of the left and the communists.

”The old Italian political class has been overwhelmed by the facts and surpassed by the times. The collapse of the old rulers, crushed by the weight of the public debt and the illegal party financing system, leaves the country unarmed in the difficult moment of renewal and transition to a new Republic.

”Never like at this time Italy, which rightly mistrusts prophets and saviors, needs people with their heads on their shoulders and consolidated, creative and innovative experience, capable of lending a hand, of making the State work. The referendum movement led to the popular election of a new parliamentary election system.

”But for the new system to work, it is essential that the leftist cartel is opposed by a pole of freedoms that is capable of attracting to itself the best of a clean, reasonable, modern country. All the forces that refer to the fundamental principles of Western democracies must be part of this pole of freedoms, beginning with that Catholic world that has contributed generously in the last fifty years of our common history.

”The important thing is to be able to propose to Italian citizens the same objectives and the same values ​​that have so far allowed the development of freedoms in all the great Western democracies. Those goals and values ​​that have never found their full expression in any of the countries governed by the old communist apparatuses, however repainted and recycled they may be.

”We cannot allow Italy to be an exception to this elementary rule. The orphans and those nostalgic for communism, in fact, are not only unprepared for the government of the country, they also carry with them an ideological legacy that collides with the needs of a public administration that wants to be liberal in its politics and liberal in its economy.

"They have not changed. Listen to them speak, watch their newscasts paid for by the State, read their press. They no longer believe in anything. They would like to transform the country into a square that shouts, that vociferates, that vituperates, that condemns. That is why we are forced to oppose them. Because we believe in the individual, in the family, in the company, in competition, in development, in efficiency, in the free market and in solidarity, daughter of justice and freedom.

”If I have decided to go out into the arena with a new move, and if I now ask you all to jump into the arena too, all of you (now, immediately, before it is too late) it is because I dream, with my eyes wide open, with a free society, of women and men, where there is no fear, where there is generosity, dedication, solidarity, love of work, tolerance and respect for life.

”The political movement that I propose is called, not in vain, Forza Italia. What we want to make of it is a free constituency organization of a totally new kind: not just another party or faction emerging to divide, but a force emerging instead with the opposite goal. Unite, to finally give Italy a majority and a government equal to the deepest needs of ordinary people.

”We want to offer space to everyone who wants to create and build their future, both in the north and in the south, we want a government and a parliamentary majority that know how to adequately dignify the original nucleus of all society, the family, that know how to respect all creeds and raise reasonable hopes among the weakest, among those who seek work, among those most in need, among those who, after a life of work, have the right to live in peace.

”A government and a majority that are more attentive and respectful of the environment, that know how to oppose crime, corruption and drugs with the utmost determination. That they know how to guarantee citizens more security, more order and more efficiency. The history of Italy is at a turning point.

”As a businessman, as a citizen and now as a citizen who jumps into the arena, without any shyness, but with the determination and serenity that life has taught me, I tell you that it is possible to put an end to a policy of incomprehensible chatter, of stupid quarrels and politics without office.

”I tell you that it is possible to realize a great dream together: that of a fairer Italy, more generous to the needy, more prosperous and serene, more modern and efficient, a protagonist in Europe and in the world. I tell you that we can, I tell you that we must build together for ourselves and for our children, a new Italian miracle.”