Switzerland - Spain: schedule and where to watch today's UEFA Nations League on TV 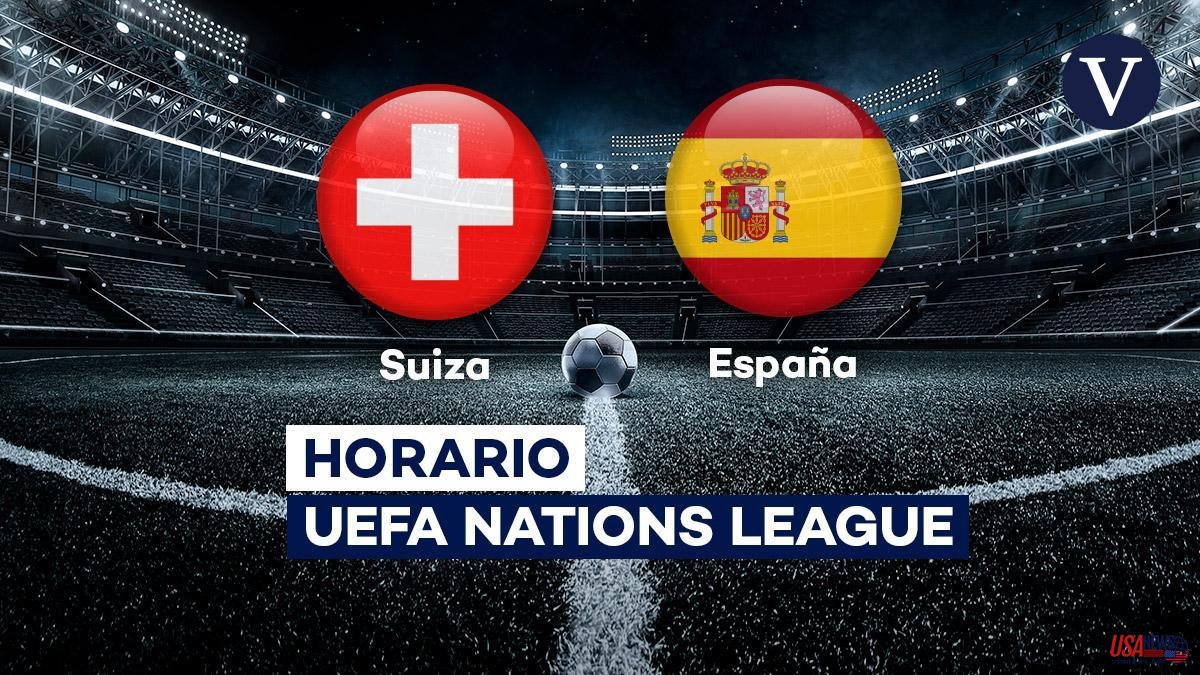 Switzerland and Spain meet on matchday three of the UEFA Nations League group stage. In a group led by Portugal and the Czech Republic, with 4 points each, these two teams are yet to win. Luis Enrique's men could not pass the draw in the previous two games, while Switzerland has been defeated in both.

The match will be played at the Stade de Genéve on Thursday, June 9, at 8:45 p.m. It can be seen on La 1 or through the RTVE Play website, and it can be followed minute by minute on the La Vanguardia website.

The Spanish team arrives at a time of doubt in the game. Dominance with the ball is the general trend in all their games, monopolizing 61% of possession against Portugal and an overwhelming 80% against the Czech Republic. However, the errors in defense allow easy chances for rivals who were not generating them. Thus came the two goals from the Czechs in the last precedent to this match.

The other teams have studied the game model of Luis Enrique's Spain, daring and without fear of taking risks. Post-loss pressure is key to avoiding frequent counter-attacks against a defensive line that plays well up front and is often relaxed by its habit of having the ball at its feet most of the time.

For its part, Switzerland arrives after losing by the minimum against the Czech Republic, in a match in which they had nearly twice as many chances as their opponent, but they did not know how to convert them; and after being beaten 4-0 against Portugal, with a brace from Cristiano Ronaldo and without creating almost any danger on Rui Patrício's goal.

A match script similar to usual is expected, with Spain keeping possession of the ball and trying to open up spaces in the Swiss defence. They will have to refine the effectiveness of their pressure so that players like Embolo, very powerful in space, cannot run with the field ahead. Shaqiri, Seferovic or the young Okafor, from RB Salzburg, are other offensive threats for the Swiss team, led by Murat Yakin.

After the last-minute draw against the Czech Republic, Luis Enrique was critical of his team and himself: "It's not the version we wanted to see, we have a lot of things to improve, me first". However, he does not detract from the performance of his rival, who was clear about the approach and the way to hurt Spain and executed his plan to perfection: "You have to think of 11 guys locked up in 15 meters very aggressive and strong, that's very difficult to attack. I don't remember a team that has defended us so aggressively and so well."

This is the third edition of the UEFA Nations League, a competition that Portugal and France won in the previous two years. The restructuring of the calendar due to the pandemic, which implied the delay of Euro 2020 until the summer of 2021, also affected the League of Nations. In this way, until June 14 the first four days of the group stage will be played; the last two will take place between September 22 and 27; and the Final Four will be played in June 2023.