Sweden votes today without a sanitary cord against the extreme right

The Swedes vote this Sunday to decide whether to become another European country with a government supported by the extreme right or if they grant a third term to the left, after a campaign marked by equality between the two main political blocs and the rise of the extreme right . 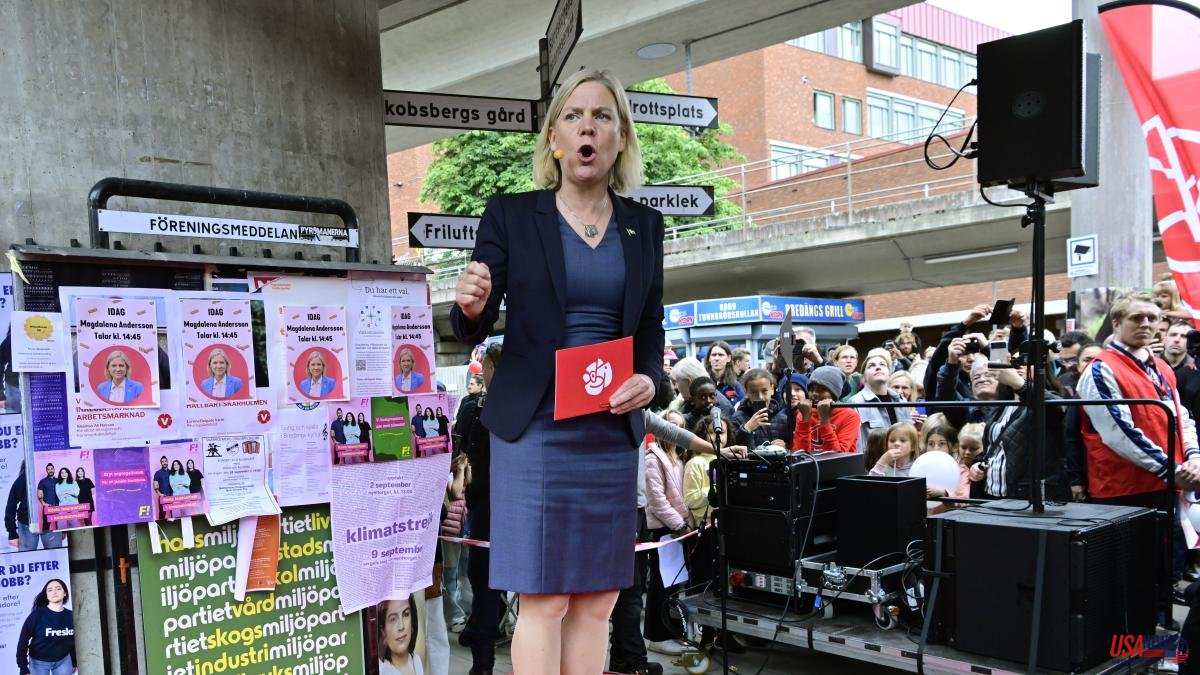 The Swedes vote this Sunday to decide whether to become another European country with a government supported by the extreme right or if they grant a third term to the left, after a campaign marked by equality between the two main political blocs and the rise of the extreme right .

The polls give a slight advantage to the block of the Social Democratic prime minister, Magdalena Andersson, with just a few tenths, and place the far-right Sweden Democrats (SD) as the second force.

The small difference points to an electoral drama like that of 2018, when it was a single seat and a week had to wait for a final result, a harbinger of arduous negotiations to form a government, which lasted 134 days, a record in Swedish history. .

The complicated political landscape that Sweden is experiencing has its origin in the SD, a formation with neo-Nazi roots in its beginnings three decades ago but that has been moderating and that since entering Parliament in 2010 has grown in all elections.

The "sanitary cordon" that the rest of the parties have made is what explains why the Social Democrats have been able to govern the last two legislatures despite the fact that there was a center-right majority in the Chamber.

In the last one, a pact between the Social Democrats and their environmental allies with centrists and liberals was necessary, breaking the center-right Alliance that existed since 2004, to maintain the isolation of the SD, which has been cracking.

Conservatives, Christian Democrats and Liberals, who have changed sides again, are now agreeing to agree with the extreme right, although they maintain their refusal to allow it to form part of a hypothetical government, a rejection that could be difficult to maintain in the event that the SD unseat the Conservatives from second place.

As is the tradition in Sweden, municipal and regional elections are also held today.

The hopes of the moderates rest on the current Prime Minister Magdalena Andersson who, at the head of the center-left Social Democrats, enjoys high approval ratings.

She became Sweden's first female prime minister less than a year ago and led Sweden's historic bid to join NATO after Russia's invasion of Ukraine.

Zeth Isaksson, a specialist in electoral behavior at Stockholm University, believes that "Magdalena Andersson is one of the most important factors in these elections," Isaksson told The Associated Press.

At rallies, his supporters have worn T-shirts and badges with his image inspired by the idea of ​​"Hope" that brought former President Barack Obama to the White House. But hope is precisely what some citizens no longer have in their party after eight years in power. High taxes and increased violence have eroded the government's public image and sparked a rise in radicalism.