Sweden faces close legislative elections this Sunday, with polls that give a slight advantage to the four-party bloc led by the Social Democratic Prime Minister, Magdalena Andersson, while the conservative opposition – also from four parties – is on its heels. 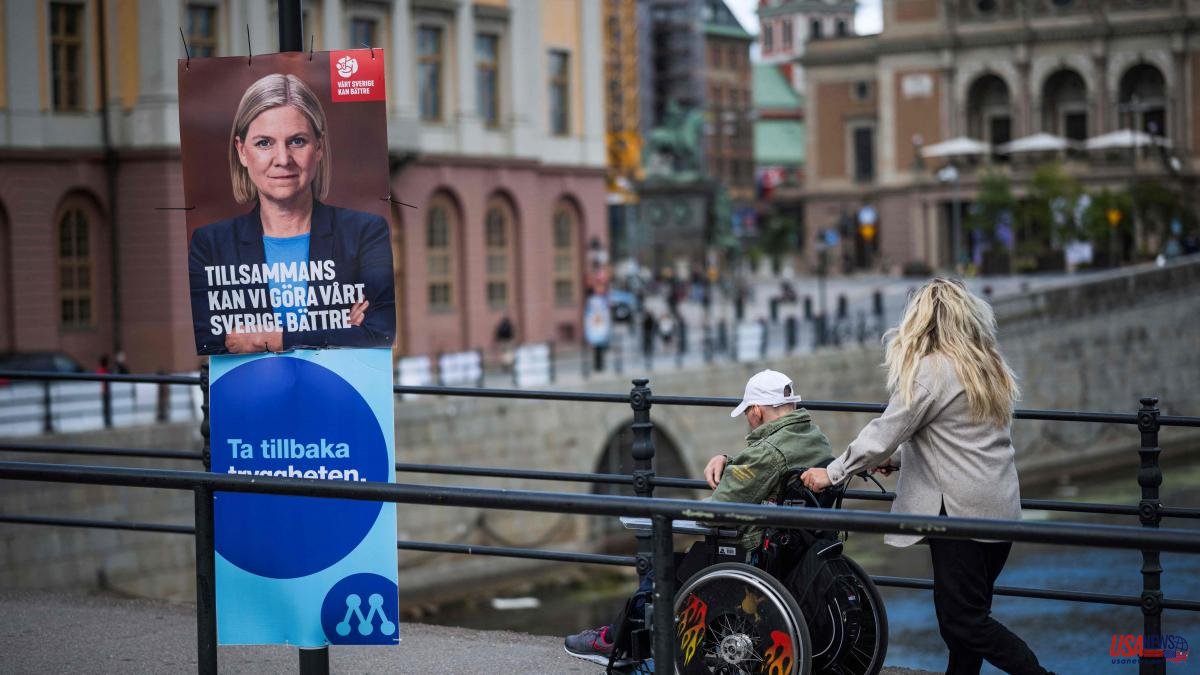 Sweden faces close legislative elections this Sunday, with polls that give a slight advantage to the four-party bloc led by the Social Democratic Prime Minister, Magdalena Andersson, while the conservative opposition – also from four parties – is on its heels. The tight scenario is completed with the possibility that the extreme right becomes the second most voted party in the country.

Swedes vote for the 349 seats in the Riksdag (Parliament). According to the latest polls, the left-wing bloc currently in government would obtain between 49.1% and 50.1% of the vote, compared to a range of between 49.2% and 49.9% that the bloc would achieve. conservative, which includes the far-right Sweden Democrats (SD).

Magdalena Andersson, 55, the first woman to become head of government in Sweden, maintains considerable popularity. Andersson became prime minister in November 2021, after her predecessor and co-religionist Stefan Löfven resigned. The president has led a historic turn generated by the Russian invasion of Ukraine: the country's request to join NATO, a process still underway.

The Social Democrats have been in power since 2014 and with the electoral slogan Our Sweden can do better, Andersson calls for “four more years”, a chant that accompanies her at rallies. He is challenged for the position by the leader of the Moderate Party, Ulf Kristersson, 58. This party, until now the most voted in the conservative spectrum, could be surpassed by the far-right SD.

Sweden now faces emergencies similar to those of other European countries due to Russian aggression: rising inflation and higher energy costs. But there has been a lot of talk on the campaign about crime and immigration. Andersson promises to improve the quality of the welfare state, promote renewable energies and combat crime. Kristersson promises lower taxes, better schools, more nuclear power and an end to gang violence.