Sweden detects a fourth gas leak in the Nord Stream

The Swedish coast guard has detected a fourth gas leak in one of the Nord Stream pipelines in the Baltic Sea, a spokesman told the Svenska Dagbladet newspaper. 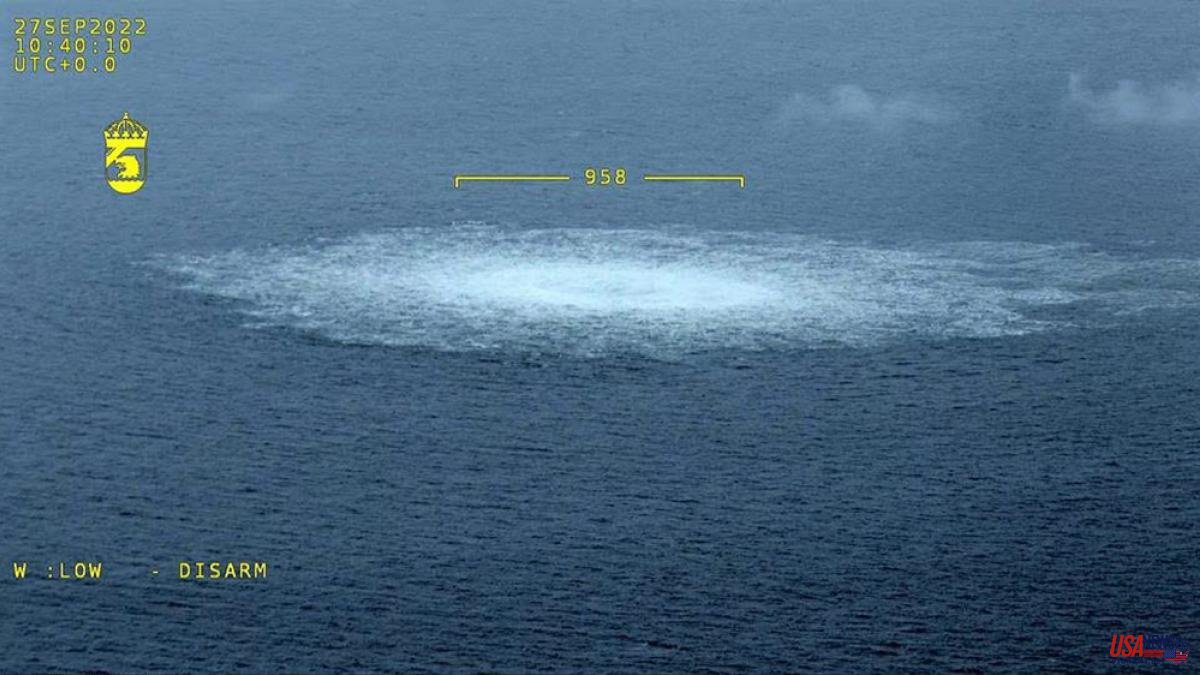 Swedish seismologists had said two explosions were recorded along gas pipeline routes. Now, however, seismologist Bjorn Lund does not rule out that there has been a third explosion, the newspaper reports. The known leaks, in any case, are now four: two in waters of the exclusive economic zone of Sweden and the other two in the Danish exclusive economic zone, near the island of Bornholm.

The new discovery redoubles concern and alarm in Europe as evidence multiplies that it is sabotage. The double infrastructure, designed to transport Russian natural gas to the European market, was not operational due to the conflict between Vladimir Putin and the West over the war in Ukraine, but it still contains gas. Nord Stream 2 never came online due to a German decision weeks before the Russian invasion of Ukraine in February, while Nord Stream 1 continued to pump gas until, after several tense phases, Putin turned off the tap in early September.