Susan Sontag or the erotics of culture

“Instead of a hermeneutics, we would need an erotics of art”. 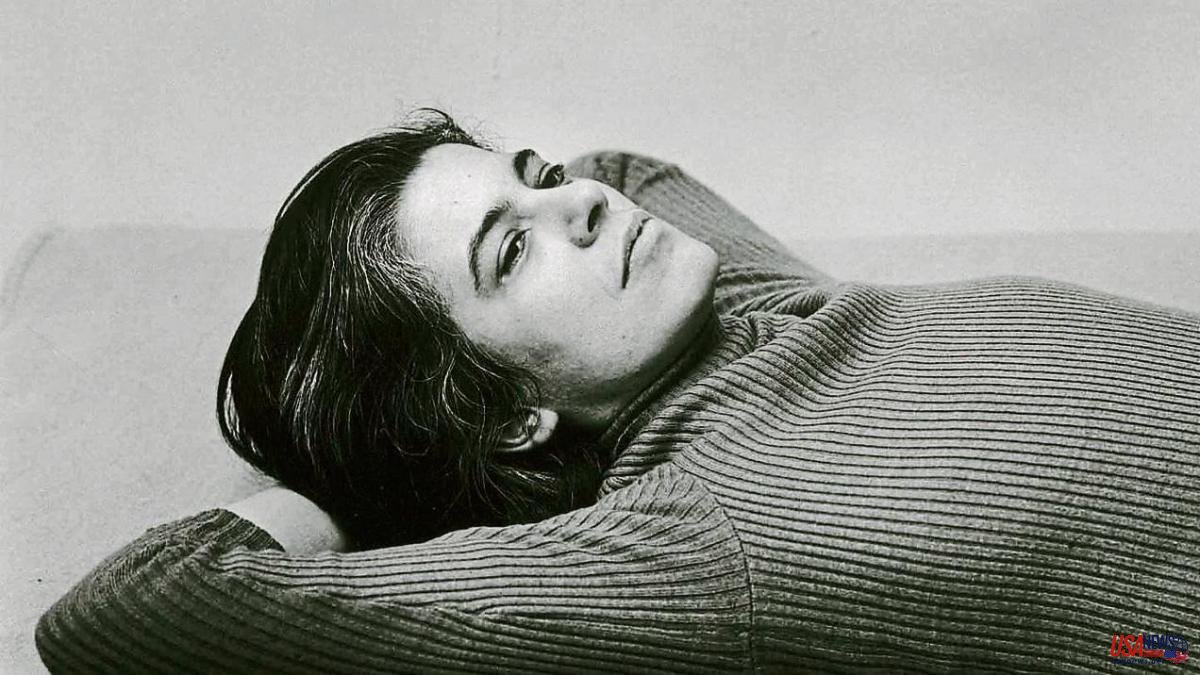 “Instead of a hermeneutics, we would need an erotics of art”. Thus ends Against Interpretation, one of Susan Sontag's best-known essays. The North American author is actually asking herself how to relate to culture –and to criticism– in a more direct way, less veiled by the paraphernalia of academicism and its closed codes. She will do it throughout her entire trajectory. And that itinerary is what the reader can now rediscover thanks to a new edition of her essential work, an exhaustive selection by her son, also a writer David Rieff.

Among the many pages of great lucidity, unpublished fragments of her diary stand out (her "fear of writing" and, in this way, separating herself from people), and the addition of The Third World of Women, a shrewd look at the privileges visible and invisible that have been transmitted throughout the generations, never before collected in a book. It is also especially interesting – in addition to the already classic On style or Notes on 'camp' – the article he wrote narrating his experience in Sarajevo when, in July 1993, he traveled to the besieged city to direct Waiting for Godot with local actors , and on a stage surrounded by snipers and lit only by the dim light of twelve candles.

Rieff explains in the prologue that his mother always wanted to be remembered for the originality of her essays, and not for "the frivolous account of her ambitions", as the historian also considers the "banal" biography of Benjamin Moser, published Recently. The son of the thinker acknowledges that the anthology was actually the idea of ​​the editor Claudio López Lamadrid, who died in early 2019. Among the translators of his texts are, among others, Horacio Vázquez Rial, Juan Goytisolo, Marta Pessarrodona and Aurelio Major, who, as David Rieff himself explains, "will oversee the global endeavors of the Susan Sontag Foundation" when he can no longer do so. The volume deals, therefore, with offering a journey through the issues that most concerned the writer; his sensitivities and reflections, the question about the body, his close and intimate relationship with cinema, his still radical view of photography, the role of literature and translation, his "love story" with France, or his experiences in places of conflict.

Reading Sontag means reading the history of cultural criticism from an electrifying perspective, and a way, too, of rediscovering works as disparate as those of Dostoevsky, Joseph Brodsky, Simone Weil, Canetti, Walter Benjamin, or Bergman and Godard.

Some of the questions raised at the time by the North American, who disappeared in 2004, today resonate with full force. The silence of the international community in the face of abuses of power in areas outside the media spotlight, the irresponsible use of language that is especially warmongering to talk about illness and pandemics (it focuses especially on cancer and AIDS) and the potential of imagination to open new forms of relationship are, as we said, problems that invite us to approach from a place that we do not want to solve as if we were facing an equation created by a cold algorithm.

Sometimes from the thesis, but also from the attempt and the outline, Sontag's voracity appeals to our hunger for knowledge, to a curiosity that is anything but the accumulation of given signs and closed meanings. The commitment, thus, belongs to those who write and those who read, to those who agree and disagree, in a work that is controversial precisely because its ultimate goal is not affiliation or consensus, but rather the invitation to think together.