Surviving anorexia: "I can't have mirrors in my house"

It's a very slow way of dying through starvation, purging, and self-harm. 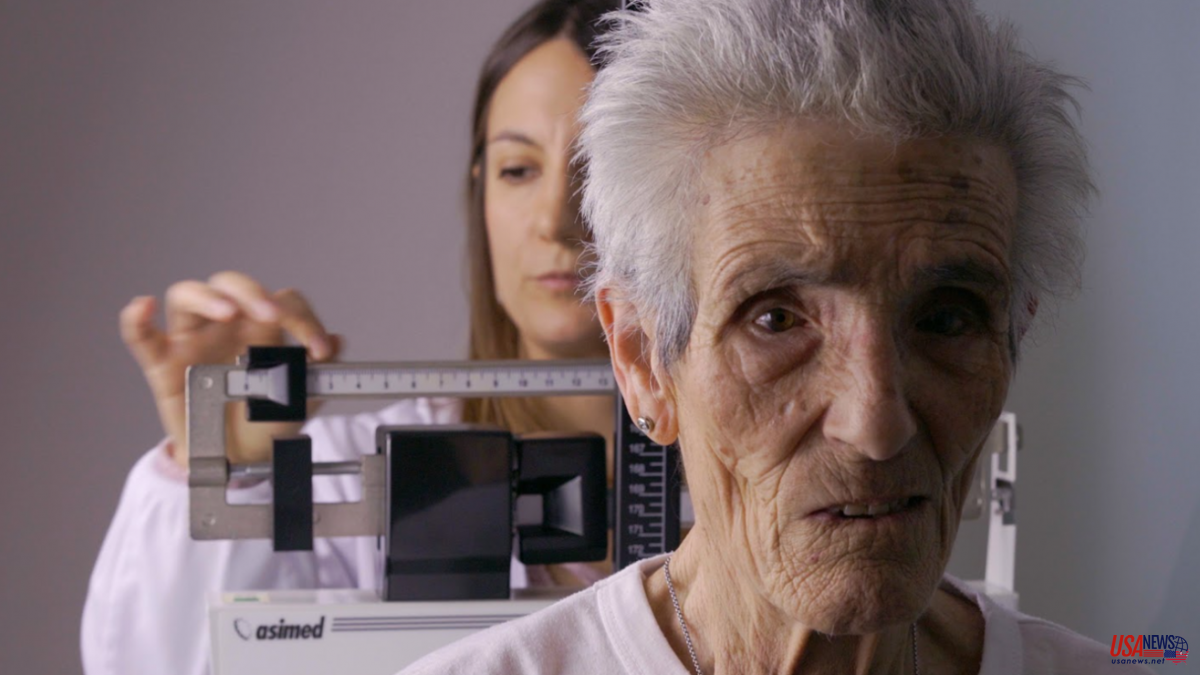 It's a very slow way of dying through starvation, purging, and self-harm. It is a sword of Damocles that does not disappear, because anorexia sufferers (mostly women) know that even if they are cured, they can relapse.

Film director Victoria Morell was hospitalized when she was 19 years old. She was hospitalized until she was 21. "I always wanted to tell it, but I didn't know how, I wanted to go further and try to explain why that point is reached and why, with so many ways to die quickly, this slow agony is chosen" , recounts in an interview granted to La Vanguardia on the occasion of the participation of his documentary Petricor in the Atlántida Film Fest in Palma de Mallorca.

Petricor is the vehicle that Morell has chosen to narrate her suffering, now that 10 years have passed and she is “emotionally prepared”. The film delves into the experiences of three women from different generations who suffer from the same ailment. Maria Luisa, 78 years old; Neus, who is in her thirties, and Magdalena, 48. The three try to overcome their fears with the help of the psychiatrist Iratxe Aguirre, a leader in the eating disorders unit at the Son Espases Hospital in Palma de Mallorca.

María Luisa's fears go back a long time: “She has always been sick. She was admitted at the age of 13, but at that time she did not know what she had of her. She was punished in front of the plate so that she would eat. He got married and had children, but after 60 he was ill again, he threw away food, cut himself on his arms and was admitted again due to the incomprehension of his daughter, who could not understand that her mother suffered from an illness of teenagers,” says Morell.

There came a time when Dr. Aguirre "considered letting Magdalena die ethically." “He was very ill, in a state of starvation. She ate by colors, she was afraid to drink water for fear of getting fat. She had several suicide attempts and went into a coma." But the doctor found a remedy, a deep neurostimulation brain operation that regulates convulsive obsessive thinking. "It has worked. Magdalena is still anorexic, but she can walk and socialize”.

Neus arrived at the hospital at the age of 14, “since she was little she has been very intense. She turned the silence of her house into screaming and self-harm. She has done a lot of damage to herself.” She is the mother of a girl and she "feels guilty, because she relapsed when the child was one year old, they re-admitted her and she believes that she abandoned her daughter." After years of therapy, Neus is recovered.

María Luisa, Magdalena, Neus and Victoria have something in common: a complicated relationship with their mothers. The therapy tries to explore that pain, although Victoria points out that there may be other causes of anorexia, "genetic and social".

She went on her first diet at age nine, vomited for the first time at 13 "feeling guilty about eating a tuna sandwich." She is recovered, but she can't help but wonder “when will I be calm? When will I feel at peace with my body”, because the pain persists: “I can't have mirrors in my house, it's hard for me to look at myself completely. I always feel guilty. At first I thought of making an autobiographical documentary, but I was terrified of seeing myself on screen and rejecting my body.”

Petrichor is the smell of wet earth. For Morell, that aroma takes her back to childhood and “it is also somewhat metaphorical, because during the two years of internment she was unable to cry. When I did, I felt liberated." Now with Petrichor she has shared her experience with three other women who have suffered the same pain and also with the viewers. And that liberation has become much more real.