'Suro' or the danger of "romanticizing" life among nature

“Barcelona, ​​let the tourists keep it”. 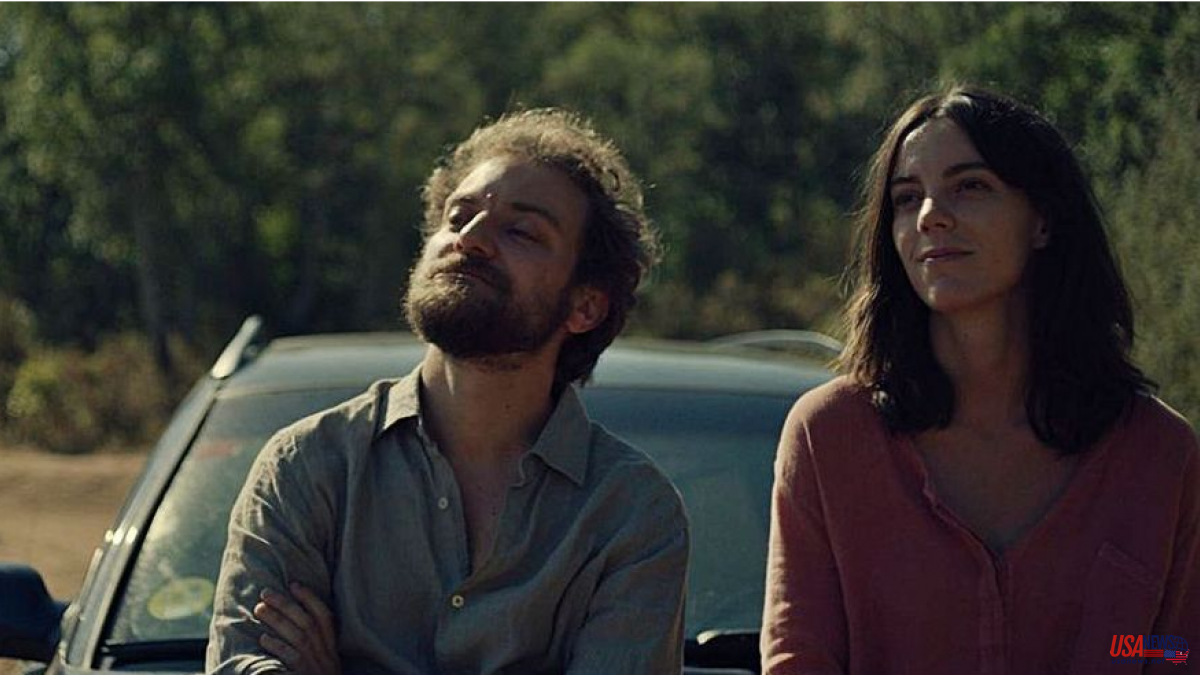 “Barcelona, ​​let the tourists keep it”. Ivan (Pol López) and Helena (Vicky Luengo) decide to leave the city, they are tired of rushing and stress. They are expecting their first child and are convinced that he will grow up much freer and healthier surrounded by nature. Helena has inherited a farmhouse in the Alt Empordà and the couple settles there determined to live off cork.

This is how Suro (Cork ) begins, the first feature film by Mikel Gurrea, a director from San Sebastián based in Barcelona, ​​which premiered this Monday in the official section of the San Sebastián Festival. “The film reflects the tension between ideas and practice narrated from the subjective and different perspective of two people, which little by little confronts them”, explained Gurrea in a conversation with La Vanguardia.

The leading couple realizes that living in the countryside is not as idyllic as they make it out to be, because “there is a danger in romanticizing the idea of ​​nature”. Gurrea wrote the script for Suro from experience: “I came to Barcelona to study at the University and, before going to London on a scholarship, I spent a summer as a seasonal worker collecting cork, which allowed me to get to know a very rich world, but also full of contradictions. I was invited by my girlfriend's family, so I wasn't the owner of the land, but I wasn't an employee either. Also, I already spoke Catalan, but it wasn't actually Catalan...” However, “that universe that stayed with me”, the director recalled.

Years later, after that stay in London, Gurrea returned to Barcelona determined to direct his first film whose script he wrote fueled by the memories of that summer as a temp. But, as a beginner, it was not easy for him to pick up the film. Until the opportunity came through the Tabakalera residency in Donostia, which offers aid to young creators to develop their projects.

What Gurrea had was an idea, which he began to develop with the collaboration of his friend and future star of the film, Pol López: “He wrote the sequences and we performed them. I played Helena, I recorded the work and with that material, I continued writing. It was about contrasting the two points of view and we only needed the actress to give life to the protagonist. It cost us too much to convince Luengo”.

To complete the casting, the director turned to real cork collectors “so that they would have the physique of this type of worker, although it was not about them playing themselves and I selected those who could play at being someone else to make a fiction ”.

The team had to postpone filming in 2020 due to the coronavirus pandemic. In the end, the film was shot last summer in various locations in the Alt Empordà and, now, Gurrea has been rewarded with the selection of the film for the official section of the San Sebastian festival: “I have grown with this event, which is a place of maximum prestige and for me it is the greatest gift, although what I most want is for people to see the film and give them something to think about", concluded the director.