Luis Suárez knew that he would not continue at Atlético de Madrid the day before the penultimate day of the league. 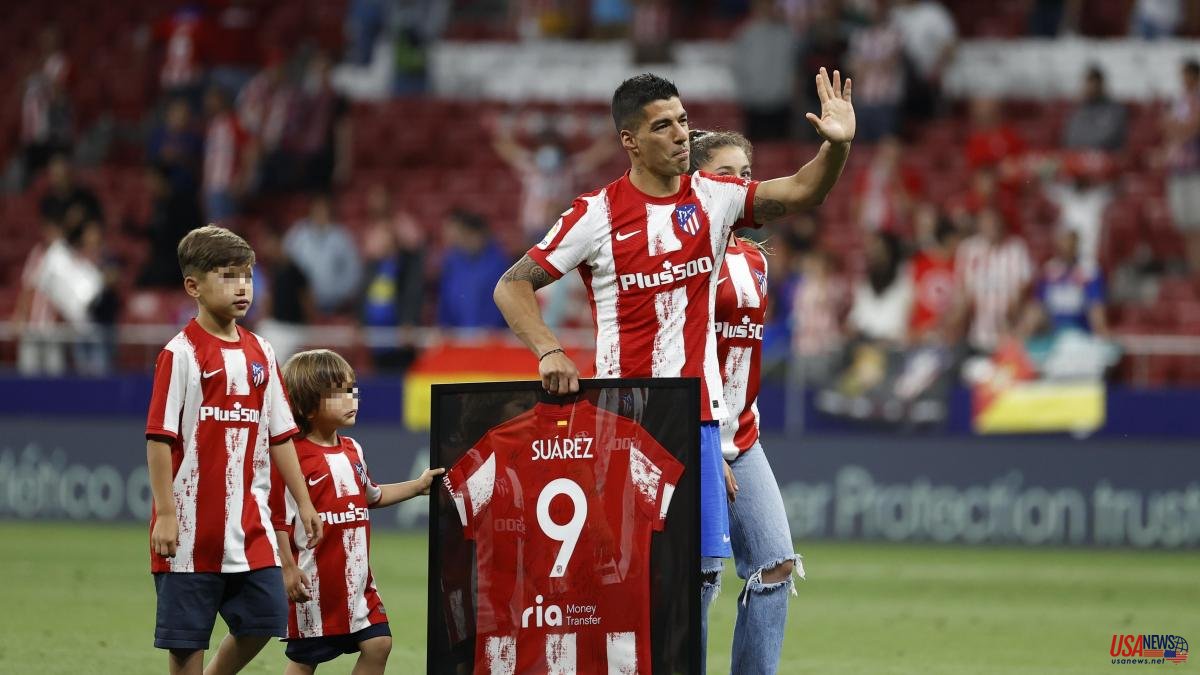 Luis Suárez knew that he would not continue at Atlético de Madrid the day before the penultimate day of the league. The Uruguayan started in the match between the mattress team and Sevilla at the Wanda Metropolitano (1-1). At the end of it, the club gave him an act of homage, in which he was able to say goodbye to what was his home for two years.

“Rafa Alique (Atlético's communication director) told me the day before my farewell, that they were going to pay me a tribute. I didn't know anything”, explained the Uruguayan on the program El Larguero, on Cadena SER. “I am 35 years old and I was also thinking about my future. […] Alique told me that they were going to give me a farewell and I said: 'Well, at least someone from the club tells me something'. He was surprised too, supposedly,” he detailed.

Suárez also detailed that, after being informed that they were not going to extend his contract beyond June 30, 2022, he did not even speak with the coach, Diego Pablo Simeone; nor with the sports director of the entity, Andrea Berta; nor with the CEO, Miguel Ángel Gil Marín.

He landed at the Metropolitano in the 2020 summer market from FC Barcelona and, in his first season, quickly became the team's main offensive reference. In his debut year as a colchonero, he scored 21 league goals. However, this campaign has not had the same continuity. He has not been a starter in ten of the last fifteen games for the rojiblancos and, even so, he has managed to score 13 goals.

Despite everything, Suárez declared that he would have "loved" to continue at Atlético. “Yes, I would have liked it, yes. He was fulfilling a role that he was not used to and accepting it in a good way. He was able to continue fulfilling what the coach asked for, but he did not give himself the opportunity, ”he resigned himself.

With the club third in the league and eliminated in the quarterfinals of the Champions League, the striker considered that, this season, Atlético has lacked "that spark of DNA of wanting to win". "There are small aspects that we stop taking care of, to say 'bah, we got what the club wanted to do for a long time, we already got it'. I say in general, it happened to me, "he was honest. Specifically, he detailed that the constant rotations of the offensive line prevented the forwards from gaining "confidence". "You generate some uncertainty for the player."

The Uruguayan, who will end his relationship with the mattresses, assured that his head is "in Europe" and that he wants to join a project that allows him to "compete and have a high level, which is the requirement of the World Cup", although he still does not know what will be your next destination. "Spain? Obviously one left a great legacy here, I am very proud of the career I have. I have received some team proposals from here, but I am still analyzing them”, he commented about his future. In addition, he pointed out that he does not plan to go to Qatar, Saudi Arabia or the United States.

The striker also couldn't avoid talking about Leo Messi's departure from Barça in the summer of 2021. "I was surprised and I suffered with him because he was also surprised," he explained. The two stars went on vacation together and the Argentine told his partner that he was going to renew the contract. However, the day the signing was signed, Antonella Roccuzzo, Messi's wife, informed Suárez's wife that, in the end, they were not going to continue in Barcelona. “After a while we started talking because I ended up writing to him and he told me how the situation had been. Sad, obviously. Decayed ”, detailed the charrúa.

Finally, Suárez explained the differences between the philosophies of Barça and Atlético and the different ways of celebrating successes. “I was lucky to win many titles with Barça and they didn't suffer like that. Here it was tension, nerves in training, in games... I was used to jokes with Messi and here there was not a single laugh. It's the tension of competing”, he commented, to which he added: “It's a special feeling to win a League with Atleti. Your teammates teach you what Atleti is".