Summing up, Athanasios Rantos, the European Union's general counsel believes that the big soccer teams can create their own Super League, but they must abide by the consequences that can be very harsh. 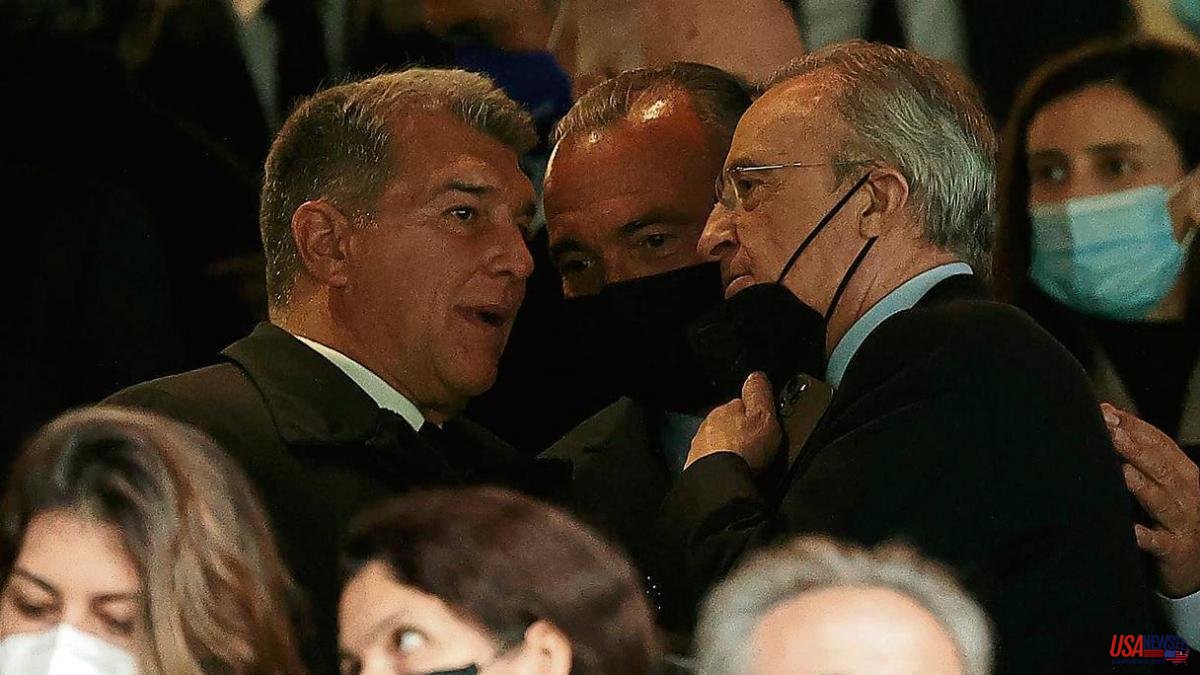 Summing up, Athanasios Rantos, the European Union's general counsel believes that the big soccer teams can create their own Super League, but they must abide by the consequences that can be very harsh. That is, being expelled from the competitions in which they have built their prestige for decades (national leagues, Champions League and other European tournaments). “UEFA wins. And it makes all the logic in the world. They have the right to threaten those clubs that want to create a parallel competition. Let them organize what they want but in their sphere, not in that of an association like UEFA, which is 60 years old”, points out the journalist Santiago Segurola. "Well, if I were UEFA, I wouldn't do it. It is not good for UEFA to do without three big clubs. Forgiveness and generosity above all else”, says John Carlin, journalist and writer.

It should be remembered that the opinion of Attorney General Rantos does not have to be the same as the ruling that the 15 magistrates will issue in the spring of 2023. “But it usually coincides 80 percent of the time. The normal thing is that the 15 judges follow the line marked by the General Advocate. It can be said that the Super League ship is touched and almost sunk”, points out the lawyer specializing in Sports Law and International and Community Law, Juan de Dios Crespo.

Each judge may propose changes until a final resolution is adopted, by majority, which will be sent to the court that raised the matter for a preliminary ruling, in this case the Mercantile Court 17 of Madrid, which is obliged to resolve in the line established by the Court of Justice of the European Union and to which he went after receiving a lawsuit from the promoters of the project against UEFA and FIFA. "There may be some nuance, but it is difficult for them not to follow what the CJEU dictates," insists Crespo.

And the format? At first, the Super League, which promises great financial gains to the participating teams (just for participating, each team would insure 350 million euros, three times what the Champions League champion gets) was designed to host the supposedly 16 strongest teams in Europe, of which only two were going to alternate. Faced with soccer opposition, they opened up to changing the format to make it more inclusive.

The main changes that were proposed lie in the possibility of creating two divisions of twenty teams each. “I understand the terror of the gallop of the Premier. But I think that with the repetition of very competitive games a priori we would get bored. The epic is lost. It's like eating chocolate every weekend. The new format is progress. They have learned from their mistakes”, considers Carlin. “The change seems to me to be the result of the resignation of the driving clubs. That his coup d'état did not work”, says Segurola.

For both journalists, the no to the Super League weakens the three clubs that lead it. “Real Madrid is the one that will suffer the least. The one that more the Barça that has some important economic difficulties. And this was his great float to avoid becoming a public limited company, ”says Segurola. At the moment, the Blaugrana club, although it breathes a certain uneasiness, insists on waiting for the final ruling of the CJUE. “It is a strong stick that will force them to find another plan by negotiating with FIFA, UEFA and the rest of the national competitions. Perhaps in a few years they will come up with an acceptable formula”, says Carlin.