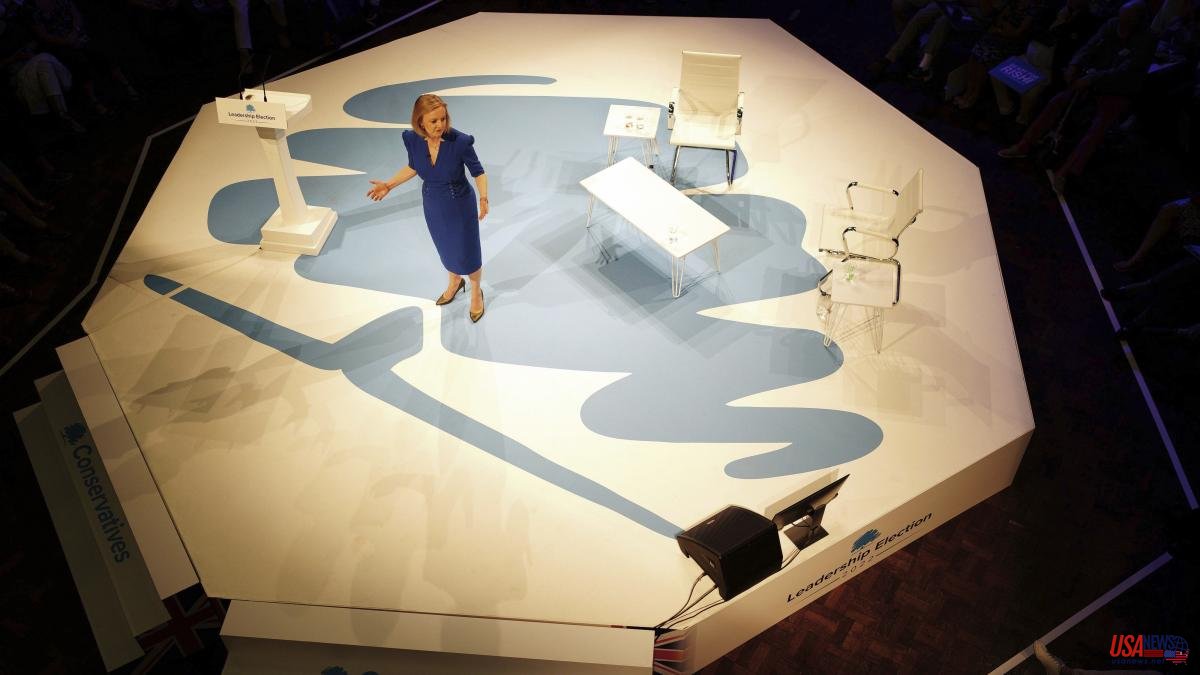 Truss: "I will lower the tax burden immediately and eliminate Social Security rate hikes." Sunak: "I will abolish taxes on energy consumption." Truss: "I will cancel the planned increase in corporate tax." Sunak: "I will progressively reduce income tax to 4% over seven years." Does anyone give more, gentlemen, at one, at two...?

It is said that in life there are only three things that can be counted on for sure: death, taxes and the broken promises of the Tories on taxes, and the campaign for the succession of Boris Johnson as Conservative leader seems to confirm it. It is like a Sotheby's auction in which instead of a painting by the Iranian painter Sohrab Sepehri, what is being sold is the most attractive fiscal policy for the militants.

And in that race, former Economy Minister Rishi Sunak has the losing side. He believed that after the madness of Boris I's reign, people would want a bit of sanity and realism. And that, with inflation already at 10%, he would accept that the tax cut can wait, and the priority now is to control the rise in the cost of living and not increase public spending. But he made the wrong strategy, because the two hundred thousand Tory militants (less than the population of Badalona) are not "the people", but a very particular people who want the Conservatives to be a post-capitalist party of retirees and populist aristocrats, English nationalist, for whom post-Brexit sovereignty is an inalienable dogma, as Marxism-Leninism was for the former communists.

The plan could have worked in a general election, with the entire population as an audience. But the activists who now hold the key to power (average age 57, the vast majority white from rural England and the suburbs, shopkeepers, petty merchants, vicars, pensioners...) live in a parallel universe, largely oblivious to the current crisis, they are ideological fetishists for whom Brexit is no longer a practical thing but a religion that must be applied above all else, even if it is harmful, and those who do not agree must be excommunicated. His idea of ​​the ideal future is that it is like the present, but a little better, with a smaller state, more individual freedom (no laws to combat obesity, speeding on the highways and similar "bullshit"), less taxes, fewer immigrants, fewer regulations, and less obsessing over global warming and carbon footprint elimination by 2050 if it means changing boilers or buying an electric car.

There was a time when the Conservative Party, the most resilient and successful political machine of Western democracies (only three Labor Party members have won elections since the end of World War II, Atlee, Wilson and Blair), was synonymous with fiscal and monetary prudence. , and common sense. But not anymore. In order to remain in power, they have given in to populism and to making promises that are impossible to keep, along the lines of Brexit and Johnson. Liz Truss, the favorite to succeed him, is on the same path: less taxes and more public spending, which in her opinion will stimulate growth without fueling inflation, and it will not even be necessary to resort to austerity. Music, honey and roses as the Titanic moves towards the iceberg.

Although Sunak's private polls tell her she is just five points behind Truss, a YouGov poll yesterday gives the foreign minister an overwhelming 32% to 60% lead among all sociological, age, male and female groups. The majority do not agree with the fall of Johnson, they consider her loyal to the prime minister and see the Minister of Economy as a traitor who stabbed him by resigning and therefore does not deserve any award.

Sunak, against the ropes, has changed tactics and now promises to lower the basic income tax by four points, eliminate taxes on energy consumption and a more radical anti-immigration policy. As the economist Thomas Sowell says, if you want to help people, tell them the truth, but if you want to help yourself, tell them what they want to hear.