Suffering is part of the show

You arrive at Atlético de Madrid-Barça after having fed a doubly perverse feeling. 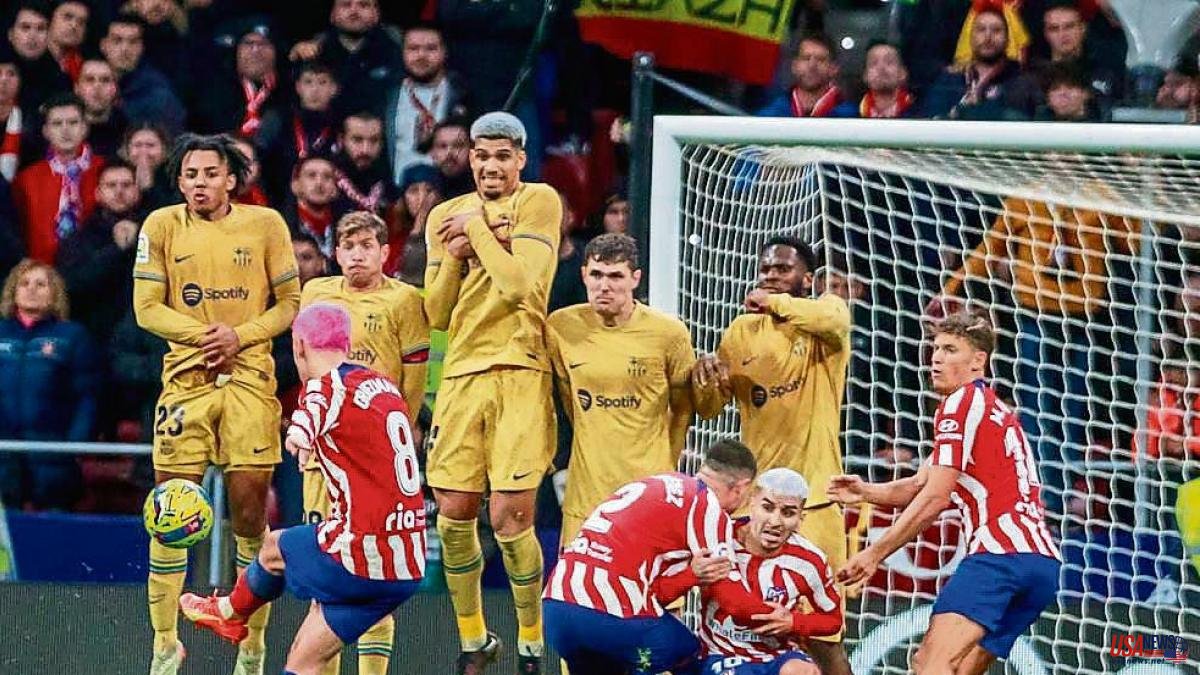 You arrive at Atlético de Madrid-Barça after having fed a doubly perverse feeling. Since Madrid lost on Saturday, you have two options. The first connects with the official discourse, which establishes that if Barça wins it will consolidate its league leadership. The second is more prosaic: you think that since Real Madrid lost, if Barça loses the defeat won't be so serious. There is also a third way: place yourself above good and evil and pontificate that the important thing is not the result but the game and what we call "sensations" (and which, by the way, I don't know what it means).

It's a waiting room mood that lasts until, thankfully, real football kicks in – classic, without virtual impatience, generally boring, without masked stars and without the volatile shrillness of the Harlem Globetrotters-type spectacle. The first part is compelling and, from a classical sense of cadence, vibrant. Both teams play to win and defend every inch of the field with determination and emotion. It rains and it doesn't rain and, for a change, it is confirmed that Barça is suffering from the structural problem of having signed more strikers than scorers. The difference between one and the other is so crucial that you celebrate that a great striker and lousy scorer like Dembélé scores the goal that should put the game back on track.

Getting the game back on track is a euphemism for the years of opulence: believing that an initial advantage is consolidated in the future. Xavi gestures, visibly pissed off. The images are explicit although, I don't know if it happens to you, the pissed-off Xavi just didn't believe it. Perhaps for all the years in which he always knew how to explain himself calmly, especially in the difficult moments that he had to live through as a player. If then he did not shout or gesticulate, now we must get acquainted with that mature vehemence of the coach. The fact that the game was planned as a duel between Simeone and Xavi only serves to feed the media blah-blah-blah of the previous ones and accept that Xavi can make changes that are difficult to understand but, in practice, effective and courageous. Later, on the field, the players are in charge, who are responsible for the orchestra sounding good or that, if Dembélé plays it, the flute sounds.

In the second part we begin to suffer in the most literal sense of the concept. It is a feeling that is part of the identity of the show and therefore we should not over dramatize it. It is not easy: when you see that Barça does not go beyond the middle of the field, you have to bite your tongue and not admit that the rival's game is starting to work. To think something intelligent –and obvious– we repeat that Barça “is losing control of the game”. It is a projection of our state of mind: we are the uncontrolled ones and that is why we like to make mistakes and see that, suddenly, Barça improves, fights, pressures and dignifies the result and self-esteem. Meanwhile, in a parallel world, a more intense, fun, dynamic, youthful and spectacular football is being invented. Call me boomer, but I prefer to go to the Metropolitan knowing that I win, draw or lose, I will suffer.