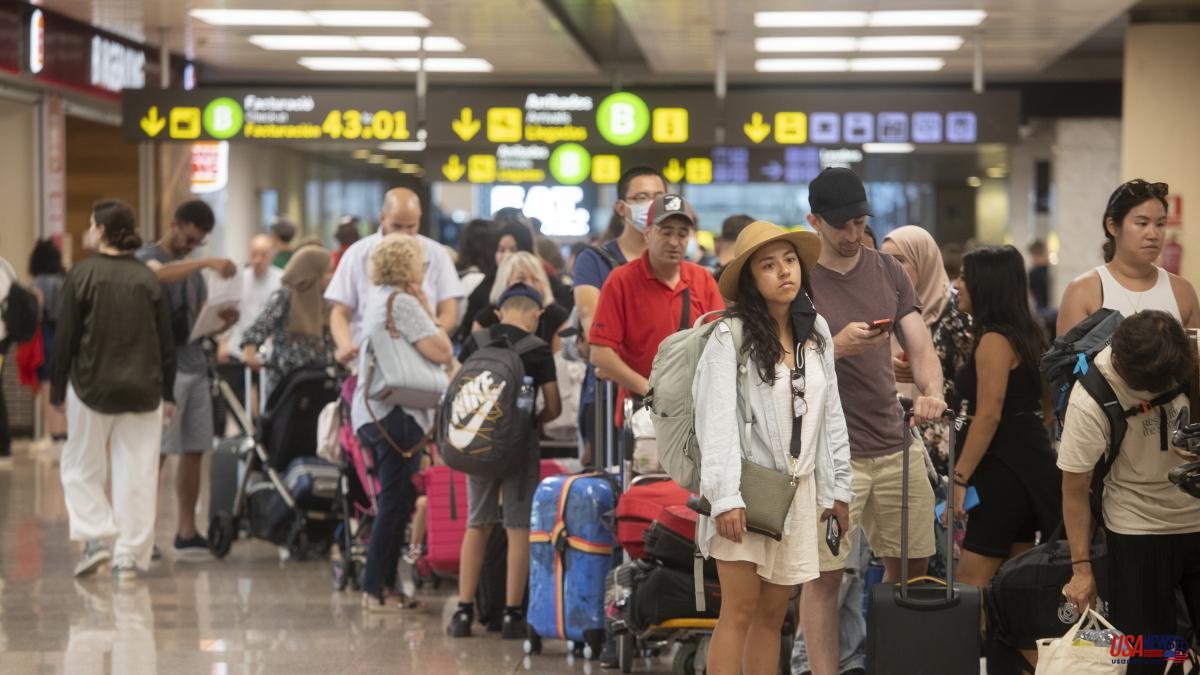 New day of strikes in Spanish airports. This Saturday, the strikes only affect the flights of the British airline Easyjet. The incidence is being limited.

According to the USO union, organizer of the strike together with Sitcpla, 8 flights have been cancelled, 4 in Barcelona and 2 in Palma and 2 in Malaga. A total of 63 delays have been recorded, of which 15 at the Catalan airport, 30 at the Balearic airport and 18 at the Andalusian airport. Another day of strikes is expected tomorrow at the three bases where the British company operates: Barcelona, ​​Palma and Malaga.

According to the USO union, the incidence is limited because the company is practicing "striking with foreign crews to supply the Spanish crews that are exercising the right to strike."

The conflict at the airports is expected to continue throughout the month of July. Starting next Monday, Ryanair cabin crew have called strikes again, along the lines that began at the end of last month. The stoppages in this airline will affect 10 Spanish airports on June 18, 19, 20, 21, 25, 26, 27 and 28. As for Easyjet, strikes are scheduled for July 29, 30 and 31.