Strengths and weaknesses of Raphinha, a value-added winger

Barça seems to have put the direct with the incorporations. 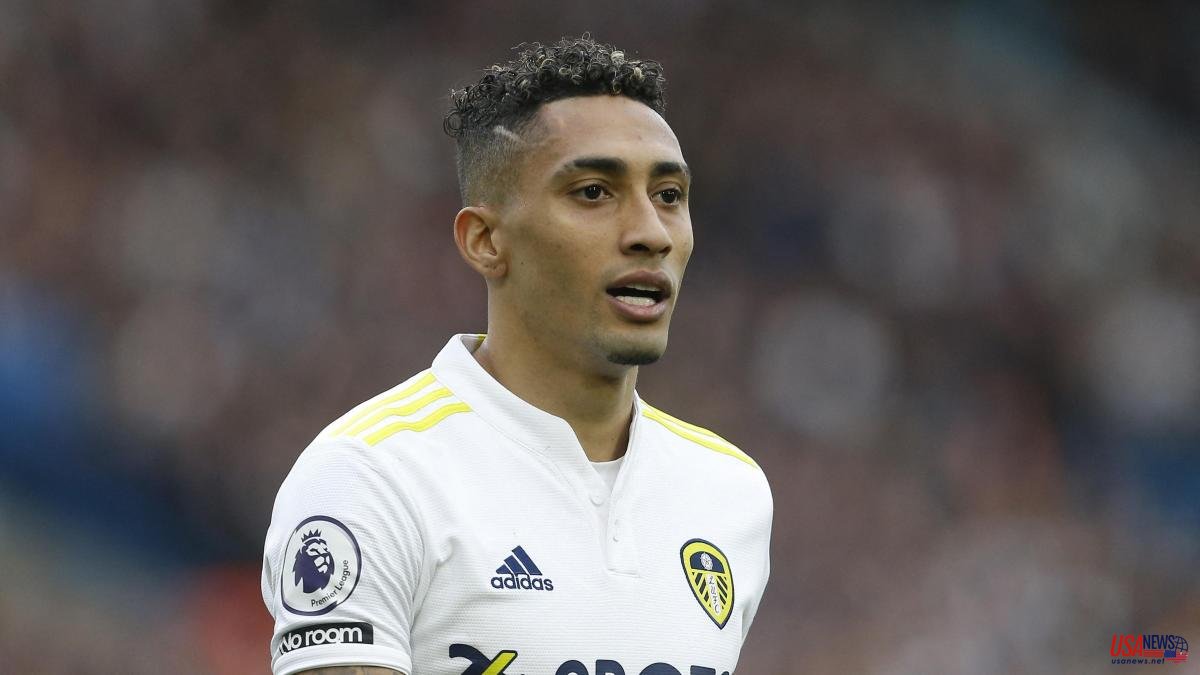 Barça seems to have put the direct with the incorporations. After Pablo Torre, Christensen and Kessié, Raphinha is the first reinforcement for Barça's attacking line 2022-23. Here is my tactical analysis of the new Barça player and everything he can contribute.

Raphinha means several things but, above all, it means imbalance. The Brazilian responds to the kind of skilled, electric winger that he likes to bring to the table every time he receives the ball. He is a closed southpaw and his preferred placement is on the right, off leg. He barely uses his right foot, but his high level of individual quality on his left leg makes him adaptable to this band as well. Because while it is true that in the last year (2021-22) he has always played on the right wing, it is also true that in 2020-21 he played several games on the left. These are the heat maps of him (@sofascore) in the Premier League of the last two seasons, where what is described can be seen.

His first differential point is this. And it is not easy to find a wing player who, in addition to overflowing, has a goal. In his last season with Leeds (2021-22), he registered 11 goals in the 2,923 minutes he played in the Premier League, becoming the top scorer in a team that only reached 42 total goals. So Raphina has scored 26% of the English team's goals, making him a winger who has the bonus of seeing the goal easily.

Fantastic one on one. He is electric in legs and mind. He improvises with speed, reacts and counters any defensive decision of his pair. He has a special ability to cut to both sides in a maneuver that is a trademark and with which he easily overflows in a single touch from outside. A surface of the foot that he is used to using a lot, both for individual imbalance and for driving.

He is a very closed left-hander, but he has an extraordinary level of hitting. His technical skills are especially reflected in it, since his shots tend to be hard and well directed. 45% of those who are not blocked go to goal according to the @AlebiaAnalytics platform. Just like the vertical passes he tries. He has fine touch for them.

One of the best tactical virtues of the Brazilian is that, despite being a winger with a lot of individual talent, he does not abuse the game at the foot, but also throws breaks into space when the game is for it. He is electric and he doesn't hesitate. And while it is true that he will have to refine when to go and when not, in the mechanisms of playing as a wide winger in a dominant football like Barça's, it is also true that his decision-making is remarkably good.

His centers are one of those that have just enough power to be a problem for the defense, and a help for the finisher, and they tend to go to the good zone. We'll see in which profile Xavi decides to use him, but in terms of his central ability, he's excellent on both sides. On the right, which is where he will act mainly, they end up being crossed and heading towards the goal. A candy for the forwards and an inconvenience for the rival defenders and goalkeepers.

The point at which Raphinha makes a difference compared to other extremes of imbalance is in the game without the ball. And it is that he is a very involved footballer from the defensive point of view. He positions himself well, retracts when he plays and doesn't lose his back. When he has to close down a rival attacking full-back, or come to the aid of his own full-back, he will do it without problems. Having coincided with a coach as revitalizing as Marcelo Bielsa has made him take two steps forward in this regard.

He's very good at pressing forward. He's just as quick to first harass as he is to attack. It will surprise many in this facet because it does not negotiate any effort when it comes to jumping pressure or holding it if necessary. He finished the course as one of the Premier League players with the longest distance covered and averaged 3.60 interceptions per game according to the @AlebiaAnalytics platform. No Barça attacker reaches these records or long. The Barcelona attacker who made the most defensive contribution last year was Aubameyang, accumulating 2.15 interceptions per game. He well below the defensive numbers of the Brazilian.

The last point of their strengths is the one that has been talked about the least and the one that can contribute the most to the current Barça. Because, for everything described above, Raphinha is an expert in free-kicks and the entire strategy in general. Everything he throws, especially from the right sector, whether it is a direct free kick or a lateral free kick, is dangerous for the rival. The recent course, five of his shots ended in goal. In a Barça in which there is no specialist today, the Brazilian can be a differential for the team.

He feels so strong one-on-one that sometimes he dribbles too many. In this context, Barça will have to learn to be more patient in the position and not always use the dribble at the slightest moment of doubt. Because there will be many times when the team will need imbalance, but there will be many other times when the team will need to circulate the ball to the other side.

At one extreme of his quality and overflow, leaving the outside zone to get involved in the inside game has to be a resource and not a habit because there is the problem that the team loses danger capacity without bellows.

Last year he accumulated seven yellow cards and almost all of them for getting into an argument with a rival after a set piece in the game or due to protest.