Nine months have passed since the start of the Russian invasion of Ukraine and, beyond the situation on the battlefield, one of the biggest concerns of Western governments and institutions is to maintain the support of public opinion at a time not only of information fatigue about the conflict but serious economic difficulties, particularly in Europe. 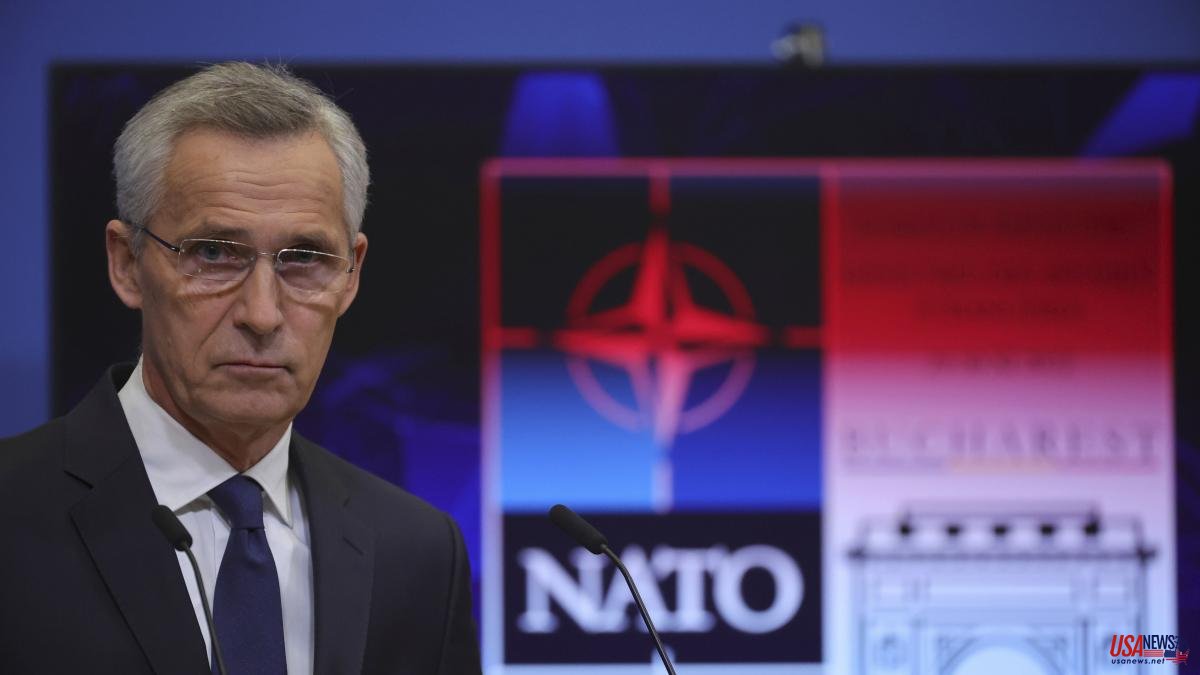 Nine months have passed since the start of the Russian invasion of Ukraine and, beyond the situation on the battlefield, one of the biggest concerns of Western governments and institutions is to maintain the support of public opinion at a time not only of information fatigue about the conflict but serious economic difficulties, particularly in Europe. In this context, a few days before the start of the NATO foreign ministers' meeting in Bucharest, the secretary general of the military organization has called on Europeans not to lose heart in their support for Kyiv, because its victory depends the security of the continent for years to come, he assures.

"Waves of deliberate missile attacks on cities and civilian infrastructure, Ukrainians deprived of heat, lux and food... This is a horrible start to winter for Ukraine. These are also hard times in the rest of Europe and the rest of the world, with the rise in energy and food prices. Yes, we are paying a price for Russia's war against Ukraine. But we are paying a price in money while the Ukrainians do it with blood," he said at a press conference in the headquarters of the Atlantic Alliance.

Stoltenberg has once again reminded "what this war is about". "If Putin and other authoritarian leaders see that the use of force pays off, they will use it again to achieve their goals. This would make our world more dangerous and vulnerable, so it is in our own security interest to support Ukraine." NATO "will support Ukraine for as long as it takes", its secretary general has assured on behalf of the allies, a few days after the EU assured that it will support Kyiv "until victory". A better situation on the battlefield will ensure a better outcome at the negotiating table when eventually both sides agree that the time has come to talk.

The foreign ministers of the 30 allied countries, plus some countries associated with the organization, will meet this Monday and Tuesday in Bucharest, in the same scenario where NATO rejected the immediate entry of Ukraine and Georgia into the military organization that the United States claimed but he assured for the first time that one day they will be part of the military alliance. At the meeting, Stoltenberg will ask allied governments to send more non-lethal support to the Ukrainian government in the form of fuel, medical supplies, military equipment and drone shooters.

At the meeting, the foreign ministers will examine the status of the process for the entry of Sweden and Finland into the military organization after the 30 members signed the accession protocols with the Nordic countries at the Madrid summit in June. Only two countries remain to ratify the decision in their respective parliaments. The Government of Hungary announced yesterday that it will ratify the instruments of accession at the beginning of the year. Turkey still hasn't set a date but it is highly flammable material and all allies are being extremely careful to prevent the process from derailing.

"Sweden has strengthened its legislation on terrorism, changed its Constitution and made it clear that there are no restrictions on arms exports to Turkey. The two countries have committed to long-term cooperation with Turkey on these issues. I am confident that all allies ratify the decision soon," Stoltenberg said. "The sooner it happens, the better. We know that their entry will strengthen NATO and transatlantic security." In any case, if either of the two countries suffered an attack or aggression "it would be inconceivable" that the allied countries.