Stoltenberg asks NATO members for military spending of more than 2%

NATO Secretary General Jens Stoltenberg, who has participated in the Parliamentary Assembly held in Madrid until Monday, has called for more investment in military spending. 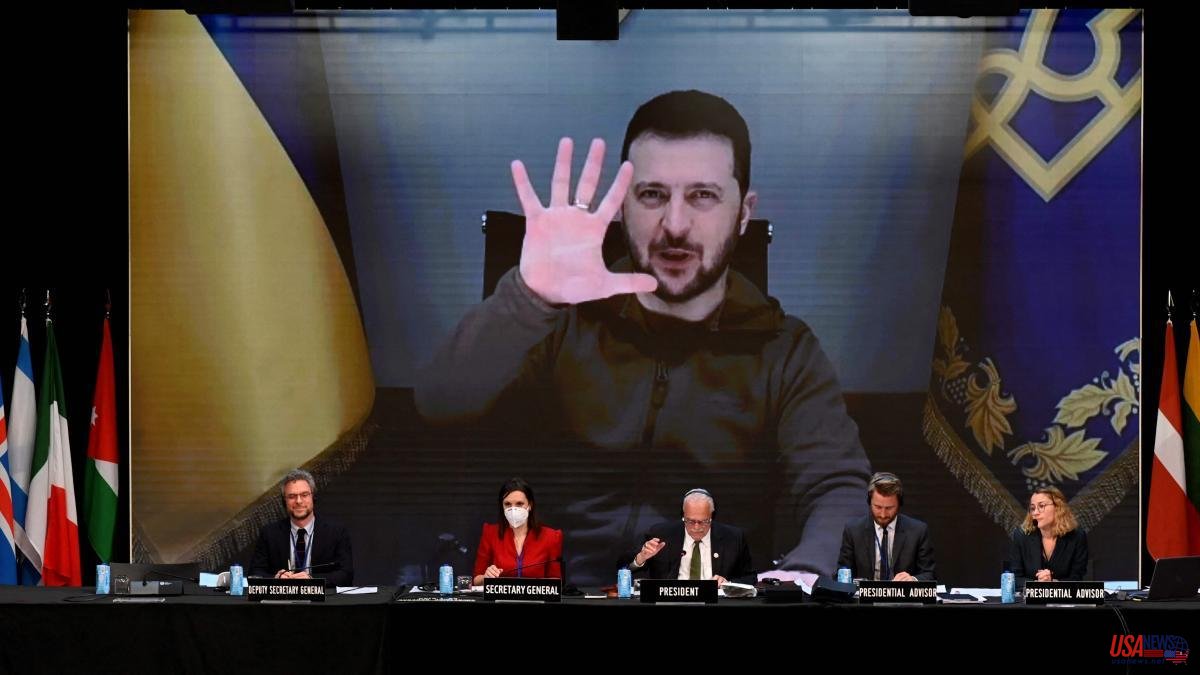 NATO Secretary General Jens Stoltenberg, who has participated in the Parliamentary Assembly held in Madrid until Monday, has called for more investment in military spending.

"Putin cannot win, it would be a catastrophe," he said in his speech at the Assembly, where he recalled that the commitment adopted by the members of the Alliance to allocate 2% of the Gross Domestic Product to Defense - which Spain guarantees to reach in 2029 – is not a “ceiling”, but “a threshold”. At NATO's summit in Lithuania next summer, the Alliance will set its new military spending target for the next decade.

The Assembly heard again yesterday the request for help from Ukraine. Its president, Volodimir Zelenski, who spoke by videoconference, asked the allied countries to declare Russia a "terrorist country", alluding to the latest attacks against essential infrastructure in the country. "To achieve peace we must maintain the common principle, to be against Russia, against this policy of genocide that it carries out."

But the bulk of his speech focused on asking that the Alliance's help not cease. Specifically, – and in light of these air attacks against critical services – Zelenski called for the shipment of more air defense and anti-missile systems "in sufficient quantity and quality".

Spain has sent – ​​or is in the process of sending – a battery of the Aspide missile system and four Hawk air defense systems with which the Ukrainian army will try to face the offensives in which Russia uses drones and cruise missiles.

In his turn in the Assembly, the President of the Government, Pedro Sánchez, who earned the applause of the Atlantic community as host of the NATO summit last June in Madrid, raised his voice "resoundingly" against the Russian President Vladimir Putin, whom he urged to "leave alone" the Ukrainian people.

The leader of the Executive led the speech in defense of "the promptness, determination and intelligence" with which NATO has acted in the face of Putin's "foolish calculations" in this "absurd war". He also boasted of the "temperance" with which the allies have been acting so as not to cause an escalation in the tension of the conflict, whose end is far away. And here he gave the example of the missile that fell in Poland last week causing two deaths, calling it an "accidental impact" against what Ukraine maintains, which considers it a Russian attack.

The President of the Government drew his chest from this, in addition to the training of Ukrainian soldiers that the Armed Forces are carrying out and the 135,000 refugees who have temporarily taken refuge. As for the figures, Sánchez placed the contribution of weapons through the European peace support fund at almost 270 million euros.