In December 1983, Steve Kerr went to visit family in Beirut, where his father was the president of the American University, and his mother a professor. 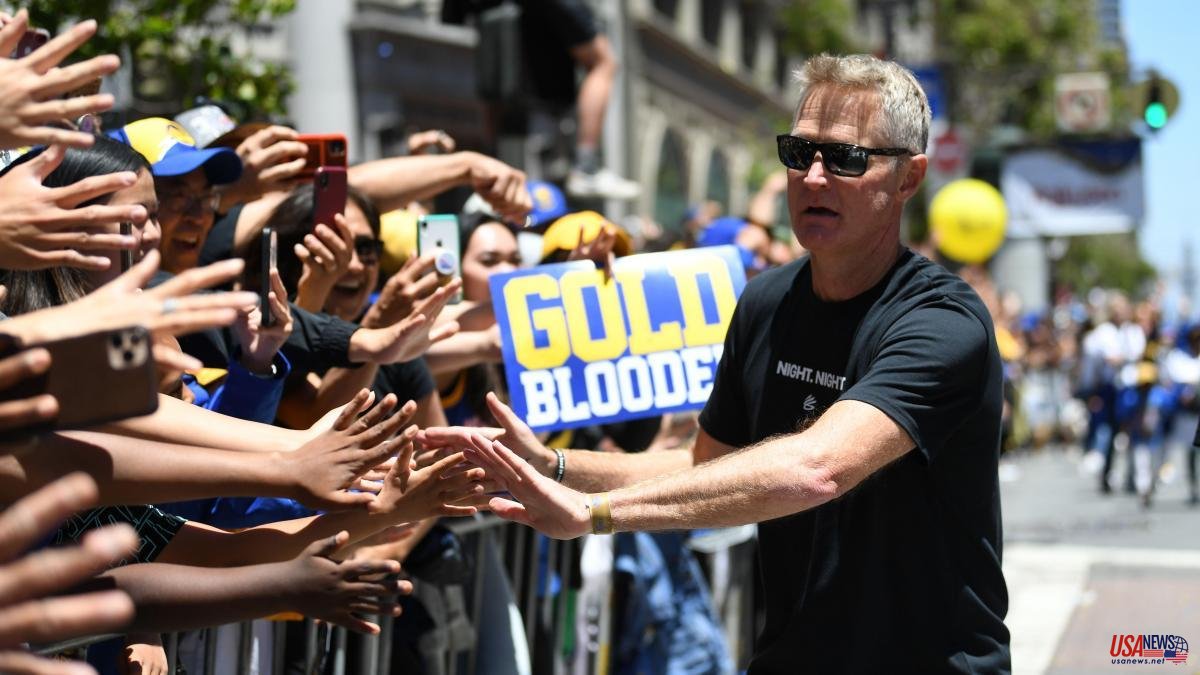 In December 1983, Steve Kerr went to visit family in Beirut, where his father was the president of the American University, and his mother a professor. In his suitcase he proudly carried the blurry recording of his debut with the University of Arizona, a game in which he made three baskets and made four free throws. Although he was barely distinguishable, at night, after dinner and under the unblinking gaze of the butler, they played the replays over and over again on the video, and commented on the moves.

After Christmas, the now Warriors coach returned to the United States. It was the last time he saw his father. In mid-January, he received a call in the middle of the night in his university residence to tell him that he had been assassinated by a group called the Islamic Holy War, linked to the terrorist organization Hezbollah and possibly financed by the Iranian ayatollahs (as established by a US court in a case brought by the Kerr family, which ordered Tehran to pay them millions of dollars they have not seen, and probably never will).

As a child, Steve Kerr was terribly short-tempered and completely lost his temper when things went wrong for him, in sports and outside. His parents went to his basketball or baseball games, put up with his fury, and didn't say anything to him until he had calmed down. It's the same thing he does now as a coach when his players don't follow his instructions. "I never put anyone on the spot," he says. The most important thing about my job is to say nothing, bite your tongue and shut up."

His father's murder could have made Steve bitter, but it hasn't. It is calm personified, which at most is slapping the table to emphasize when, after events like the Uvalde massacre, it asks for that legislation to control the possession of firearms that never arrives in the United States.

The coach has experienced firsthand how cruel sports fans can be. He did not travel to Beirut for his father's funeral, preferring to use basketball as a balm and continue playing. Only a few weeks had passed since the murder when Arizona visited the home court of its arch rival, Arizona State, and from the stands began to hear cries of “PLO, PLO, why don't you join the Marines and go back to Lebanon? ”. He dropped the ball from his hands, began to shake like a bird and spent several minutes crying on the bench.

Warriors players are only vaguely aware of Kerr's personal tragedy, at 56, a quiet, Democratic man who is highly critical of Trump, whose voice is an echo of his father's, who speaks with complete knowledge of the facts. and without any hatred about the history of the Middle East (where his grandparents worked as missionaries), the Six Day War, the creation of the State of Israel, the Palestinian conflict, the assassination of Sadat and whatever else it takes. “It is easy to demonize Muslims, but things are not black and white and there are no good guys and bad guys, but a lot of greys, the vast majority are peaceful people.”

After those three blurry baskets on an old videocassette, Kerr played fifteen seasons in the NBA, posting the best three-point shooting percentage in history, and has nine rings, almost one for each finger (five as a player with the Bulls and Spurs, and four with the Warriors). And that in his house, as a child, they did not shout for joy when the Dodgers won the World Series but when Arafat and Begin shook hands at Camp David. Or maybe precisely because of it.