Stella Assange: "They are hiding Julian, they don't want him to talk"

Why did you want DNA samples from my six-month-old baby?" Stella Assange, a lawyer and wife of WikiLeaks founder Julian Assange, asked at the European Parliament. 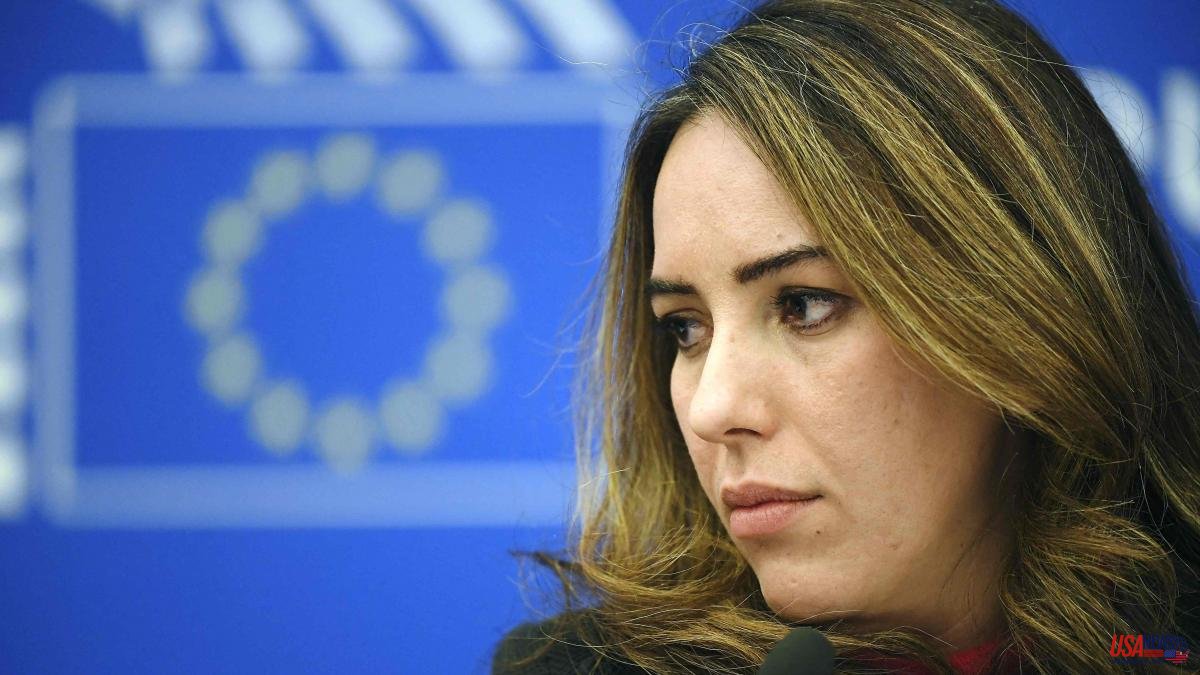 Why did you want DNA samples from my six-month-old baby?" Stella Assange, a lawyer and wife of WikiLeaks founder Julian Assange, asked at the European Parliament. "I think the evidence speaks for itself," she replied indignantly. The activist went to Strasbourg this week on behalf of her husband -in provisional prison in the United Kingdom for almost four years and pending an appeal that prevents her extradition to the United States-, a finalist in the Sakharov prizes for Freedom of Conscience. Assange denounced that the programmer is a "political prisoner" and that there is evidence that Washington planned to kidnap and assassinate him during his imprisonment in the London embassy of Ecuador.

You say you feel guilty every time you collect prizes on behalf of your husband.

I am constantly contacted to acknowledge the work Julian has dedicated his life to: reporting on corruption and human rights abuses. Meanwhile, Julian is being dehumanized. He is not just isolation, he is in a place that makes you feel subhuman, where individuality is lost. I do my best to keep Julian connected to the world. When I talk to him I tell him it's Monday, I talk to him about what I see through the window or what happened at the children's school. Small details that anchor you to reality. When you are in prison, you have to fight against your immediate reality, the walls that surround you most of the day. I went to Madrid, to the Ateneo, that beautiful place full of culture with all those guests who applauded him... and he was sitting in a cell when he should be free. I feel this huge shock inside me all the time.

What do you expect from the British Supreme Court?

My wish is that the British Supreme Court agrees with our arguments, which concern the public interest of the publications, the political motivations behind his case, the abuses the US has committed to put Julian in prison - as spy on his lawyers or plot his kidnapping and murder-… Technically it's possible they'd say they don't want to hear our appeal and Julian would enter the extradition process, which could happen in weeks. Julian has made an application to the European Court of Human Rights, although it is not yet active. But now we have the added complication that the UK is legislating to limit the effect of the European court in its jurisdiction. So if the European Court of Human Rights rules in Julian's favor, it's not clear that he can stop the extradition. But since the original ruling in January 2021, a lot has happened. Nothing was known about the assassination plot, one of the star witnesses against Julian has recanted his testimony... The case has always been untenable and is highly political. Despite all the arguments about freedom of the press, do you want to send a person to the country that wanted to kill you and was taking steps to do so? It cannot be ignored.

Why is Biden pursuing a case that Trump started?

It is a great mystery. This is Trump's most dangerous and enduring legacy. The Obama administration decided not to prosecute Julian because of the risks he posed, since he set a precedent for the rest of the press. When the Biden administration is asked, they do not get into the subject, and I think it is because there is not much appetite. There are different factions in the US government pulling in different directions, which is why it is so important that the European institutions take the case seriously and press on. The Australian Prime Minister is now advocating that the case should be dropped. He has already been in jail for almost four years without being convicted of anything. Hopefully the pressure will continue to build to the point where it will be untenable for the UK to extradite him and the US to prosecute him.

Do you think Assange's case is understood by your fellow journalists?

It's not understood at all, and I think that's partly because, when Julian came on the scene with Wikileaks, it was a very new way of doing journalism. The techniques he used then are now in common use. He is sometimes mistaken for a leaker, but the US prosecution is after Julian as a publisher. For receiving information from a source, for possessing information and making it public. That's what journalists do every day. You have to read the charges to understand that he is being persecuted as a publisher. Media legal departments are needed to do legal analysis. This is what the five newspapers that recently published a joint editorial have done: The New York Times, The Guardian, Le Monde, El País and Der Spiegel. They have understood that this case is very dangerous and that has led them to speak out in favor of dropping the charges. This case is not just about Julian but about free speech, the health of our democracy and the public's right to know.

How is your life in jail?

It's always the same. He leaves his cell for one or two hours, three with luck. You can go to the patio for an hour. You can leave the cell to collect your medication in the morning and in the afternoon. Eat in the cell. You can read books, but you don't have internet. You can make calls, but I can't call you. A third of the inmates on his wing are charged with manslaughter or murder. He shares a space with very dangerous people, some of them mentally ill, so I am very concerned about his well-being as a well-known person. There is also a lot of solidarity. When he arrived at the jail he was at acute risk of suicide and spent six months in the infirmary, an extreme form of isolation. The people who are there either die or are in an acute state of mental disturbance. It was the prisoners who were engaged in cleaning who saw him and made internal requests to be transferred. There are also guards who are friendly. But you don't get any special treatment. He hasn't had any family days since he came in. Once a month there is a day when you can spend five hours with your children. They have never put him on the list.

We do not know. We've just never had it. There was a request for Julian to be able to participate by teleconference in the Sakharov Awards. The prison turned them away. He is part of the same pattern. They hide Julian, they don't want him to be able to talk.