German Federal President Frank-Walter Steinmeier called on his compatriots on Friday to assume that the Russian invasion of Ukraine has caused a "historic rupture" of ties between Germany and Russia, and that the war launched by Vladimir Putin has shattered former Soviet President Mikhail Gorbachev's dream of a "common European home. 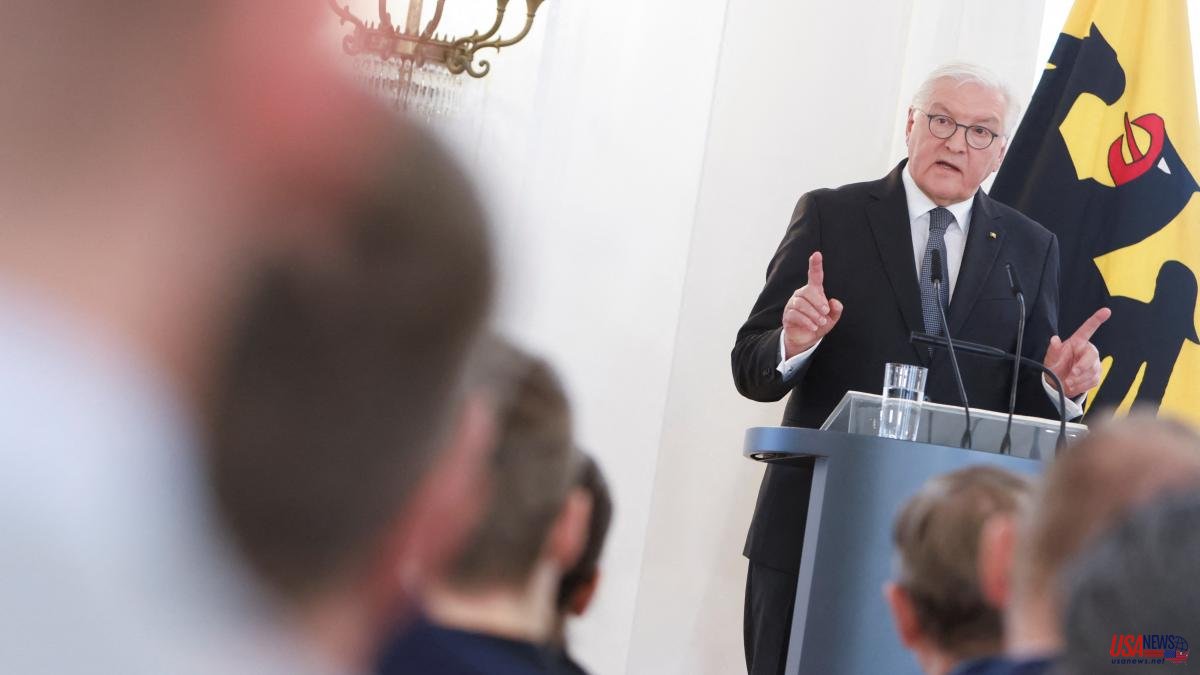 German Federal President Frank-Walter Steinmeier called on his compatriots on Friday to assume that the Russian invasion of Ukraine has caused a "historic rupture" of ties between Germany and Russia, and that the war launched by Vladimir Putin has shattered former Soviet President Mikhail Gorbachev's dream of a "common European home."

In a rare televised address to the nation, Steinmeier stated: “When we look at Russia today, there is no room for old dreams; today, our countries are at odds”. The head of state also warned the Germans that "hard years" are coming due to the energy crisis and others arising from this war, without forgetting the issue of the climate crisis.

Frank-Walter Steinmeier spoke like this after his surprise trip to Ukraine on Tuesday this week, which was his first visit to the country since the Russian invasion on February 24. Eight months after the start of the war, the disagreement between the Ukrainian authorities and the German head of state, whose visit last April was vetoed by the Ukrainian president, Volodímir Zelenski, due to Steinmeier's pro-Russian past, was thus closed.

During his time as Foreign Minister, Frank-Walter Steinmeier, of Social Democratic origin, had advocated, together with a sector of this party, forging closer economic ties with Moscow in order to anchor the Russian Federation in a Western-oriented and democratic international order. . Steinmeier already lamented months ago the mistake of having practiced that approach to Moscow, which German governments of different political colors cultivated, including those of the Social Democrat Gerhard Schröder and the conservative Angela Merkel, of which Steinmeier was part as minister.

In his speech this Friday from the Bellevue Palace, seat of the Head of State, Steinmeier said that the Russian aggression against Ukraine has brought about a change of era. “In Germany it has also submerged us in another time, in an insecurity that we thought we had overcome; a time marked by war, violence and flight, by concern about the spread of war in Europe like a forest fire in Europe”, said the German president. He expressed his support and understanding for EU and NATO partners who fear Russian aggression, such as the Baltic countries or Poland, but stressed that Germany, despite suffering the effects of the war, "is not a country at war".

Steinmeier conceded that the memory of 40 years of history between Germany and Russia remains alive, especially for Germans from the former communist GDR, and that Russian music and literature are loved in this country. But that, since this war against the Ukraine also affects Germany, it is necessary to increase the economic pressure on Russia. That is why he defended the sanctions: “What would be the alternative?” he asked himself.

In his speech, entitled Strengthening everything that unites us, the Head of State also warned the Germans of the new difficult times, due to the energy crisis and others derived from this war, without forgetting the issue of the climate crisis. “I am concerned that this task for humanity is being pushed too far into the background; climate change does not stop in Ukraine,” Steinmeier said. Therefore each person must get rid of habits to which he has become accustomed; everyone can contribute to reducing emissions, let's start immediately”.