A quick Google search on executive Anne Hiatt makes it clear that "Silicon Valley" and "leadership" are two keywords in her career. 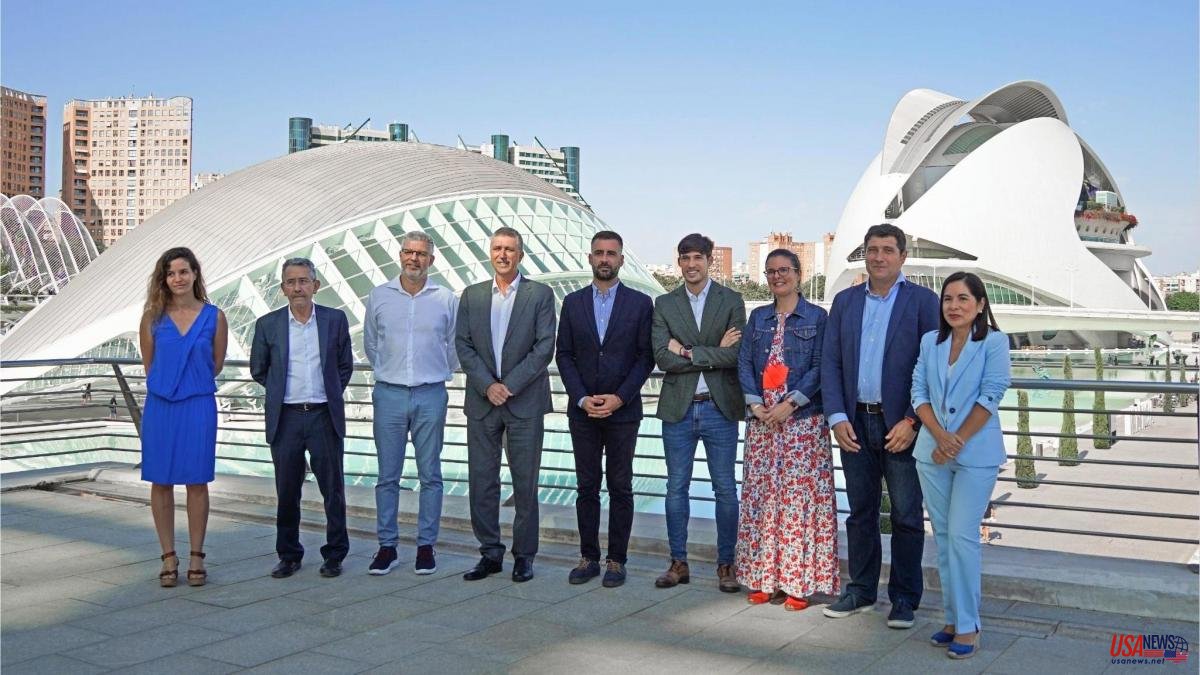 A quick Google search on executive Anne Hiatt makes it clear that "Silicon Valley" and "leadership" are two keywords in her career. The North American, who was an assistant to the founder of Amazon and worked with Eric Schmidt, CEO of Google, will be in Valencia as a speaker on the program of the fifth edition of the Valencia Digital Summit (VDS), the entrepreneurial ecosystem event that the Startup Valencia association celebrated between October 24 and 26.

The entity has explained that Hiatt is based in the Valencian Community, so it also adds as one of the native achievements, which the event does not want to give up. His name is added to that of Iñaki Berenguer, from Alicante, founder of CoverWallet, Pixable and Contactive and co-founder of iPronics, who has currently promoted a fund of 100 million dollars destined for software and science; to that of the Valencian and member of the Forbes 30 Under 30 Europe list Pep Gómez, creator of Fever

"Since its first edition, Valencia Digital Summit has carved a niche for itself on the international agenda and is already an essential annual meeting point for entrepreneurs, startups, investors, corporations and institutions", said Juan Luis Hortelano, president of Startup Valencia, who He has also highlighted the importance of this event to consolidate Valencia's position as the third ecosystem in Spain and place the region on the map of entrepreneurship and innovation.

Although still far from attendance figures such as those of South Summit Madrid (22,000 physical and virtual in the last edition) or 4YFN in Barcelona (20,00 attendees), VDS shows off its chest: attendance doubles compared to last year, as entrepreneurs will have the opportunity to show their projects before more than 10,000 people, there will be 300 presentations by international and national leaders and 150 corporations and more than 1,500 startups will participate.

The event will be held at the Ciutat de les Arts i les Ciències, it will be free to access and will be broadcast in streaming and is emerging as the best excuse to show how technology, innovation and digitization are changing our realities also from the territory, For this reason, both the Valencia City Council and the Generalitat Valenciana have given support to the event.

The Minister of Economy, Rafael Climent, explained that "in the Valencian Community we are not only looking for an innovation-based venture, but also a venture that is sustainable, with a triple impact, that transcends economic benefit and also generates positive benefits on society and the environment.

For his part, the Councilor for Entrepreneurship and Economic Development, Borja Sanjuán -who is making his debut in these competitions as he recently took over from Pilar Bernabé-, stated that "technological events such as this contribute to building the model of city that we seek in VLC Tech City".

Meanwhile, Pere Fuset, Councilor for Digital Agenda, has expressed the importance "of supporting and promoting this type of technological events that value the Valencian entrepreneurial ecosystem". Likewise, he has highlighted that "collaboration between all the agents involved is key to consolidating Valencia as the world capital of innovation".

In fact, there are more and more events of this style in the city. An example is the ftalks Food Summit, promoted by the KM ZERO Food Innovation Hub, which will hold its fourth edition a few days before the VDS -on October 20 and 21- and again on the stage of the Ciutat de les Arts, in this case in the Palau de les Arts Reina Sofía, as well as in the Loom of Miguel Martí.

The event will feature the main impact funds such as Big Idea Ventures, Five Seasons, AENU, Quadia or the leaders of corporate venturing such as Sigma and will host the presentation of the results of the first neuroscience study on the perception of proteins in Spain, among them the new generation of proteins, fruit of the collaboration between the startup Thimus and KM ZERO.